The Texas bullet: Y'all aboard!

With California plans stalling, the Lone Star State is poised to put the country’s first bullet train on track 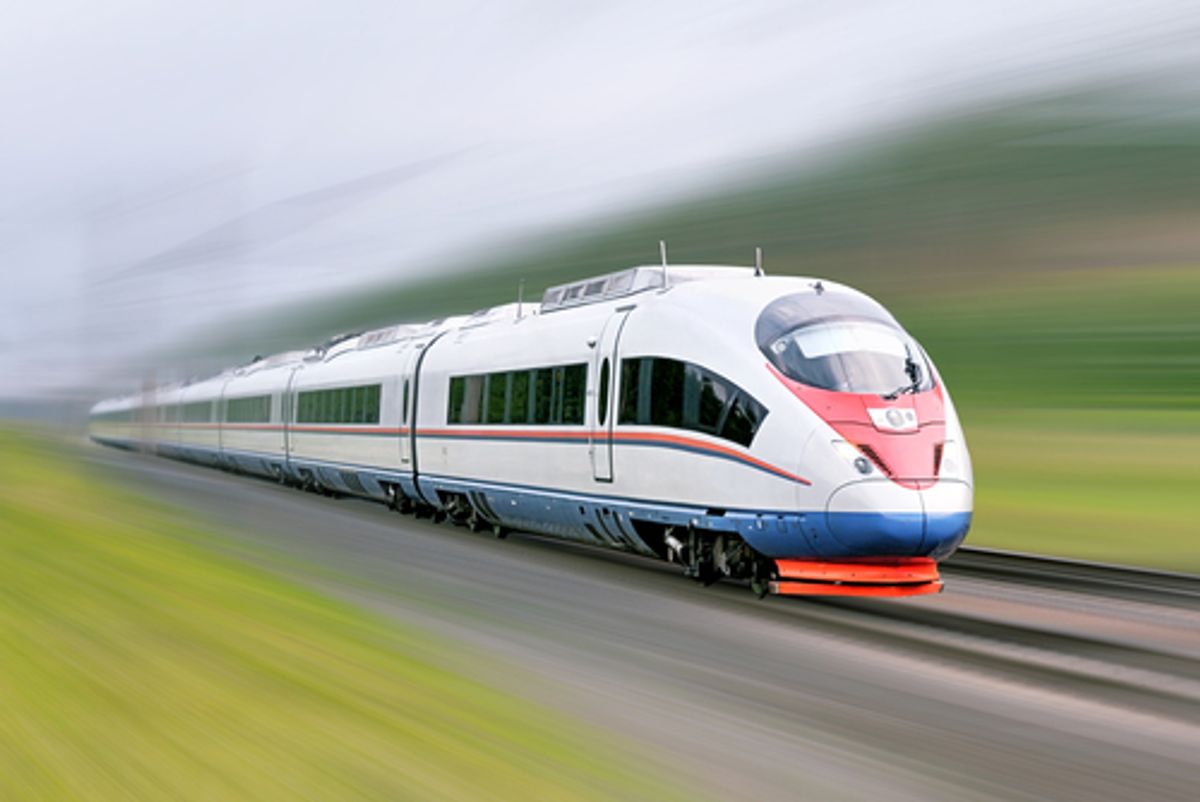 In Asia and Europe, tens of millions of people have been happily riding high-speed bullet trains for decades. On our own shores, however, the implementation of intercity high-speed rail has suffered from a host of delays. The one system that has managed to get moving, somewhat—California’s—has lately found itself beset by legal problems and public cynicism over rising costs and the use of eminent domain to obtain private land for the rail line’s right-of-way.

The situation has fans of high-speed rail worried. If America’s first bullet-train system can’t get built in high-tech, environmentally progressive California, they wonder, where can it possibly get built?

Hold on to your ten-gallon hats. Texas, of all places, has emerged as the state that may stand the best chance of winning the U.S. race for high-speed rail. That California might lose bullet-train bragging rights to a state governed by a pro-fracking climate-change skeptic may come as a surprise. But a Texas triumph could also provide us with a teachable moment about how to tailor bullet-train projects to the different cultures and demographics of all 50 states.

Right now, the group pushing hardest to bring the bullet train to the Lone Star State is Texas Central Railway, a collection of movers and shakers within Texas’s tight-knit business and public policy communities. Lately, TCR’s vision of whisking passengers across the 240 miles that separate Dallas and Houston in under 90 minutes has picked up considerable speed. With business partner JR Central, Japan’s busiest high-speed rail provider, the company is lining up $10 billion in purely private capital—vowing to forgo any public funding.

Though his company has been working closely with federal and state agencies on safety and right-of-way issues, TCR president Robert Eckels is confident that “our private development approach will be successful for this corridor.” TCR’s market-led approach, he adds, “will be differentiated by the high level of customer experience offered.”

That level is hinted at on TCR’s website, which emphasizes the speed and luxuriousness of the Japanese-built trains that would make up the company’s rolling stock. Clearly TCR hopes to lure the same Texas business travelers who helped make Southwest Airlines a homegrown corporate success story—but who now complain that the time spent getting into and out of airports has made flying between Dallas and Houston not much faster, and definitely not any easier, than driving.

Harvard University economist Edward Glaeser has calculated that every trip between Dallas and Houston in a bullet train rather than in a car or plane would keep 113 pounds of CO2 from entering our atmosphere. And in a report sponsored by the Texas Department of Transportation and published last year, a group of civil engineers and economists estimated that a bullet train connecting Dallas/Fort Worth, Houston, and San Antonio could draw as many as 22,000 passengers a day. Even if you cut those ridership numbers in half, train passengers would still be reducing atmospheric CO2 by more than a million pounds every day.

Doubtless there are plenty of Texans who would cite the chance to cut CO2 emissions by hundreds of millions of pounds annually as reason enough to support high-speed rail. But that’s not the segment of the market TCR is reaching out to.

Mass transit yields an environmental dividend regardless of why people use it. Were the nation’s first bullet train to come about thanks to Texas business travelers—shuttling, ironically, between two capitals of the oil and chemical industries—it could be the best advertisement imaginable. If high-speed rail is good enough for the good ol’ boys and gals of Texas, maybe the rest of America will realize that it’s good enough for them too.