U.S. drone strike on Yemeni wedding may have violated laws of war

Contrary to claims from officials, witnesses' and relatives' testimony suggests that numerous civilians were killed 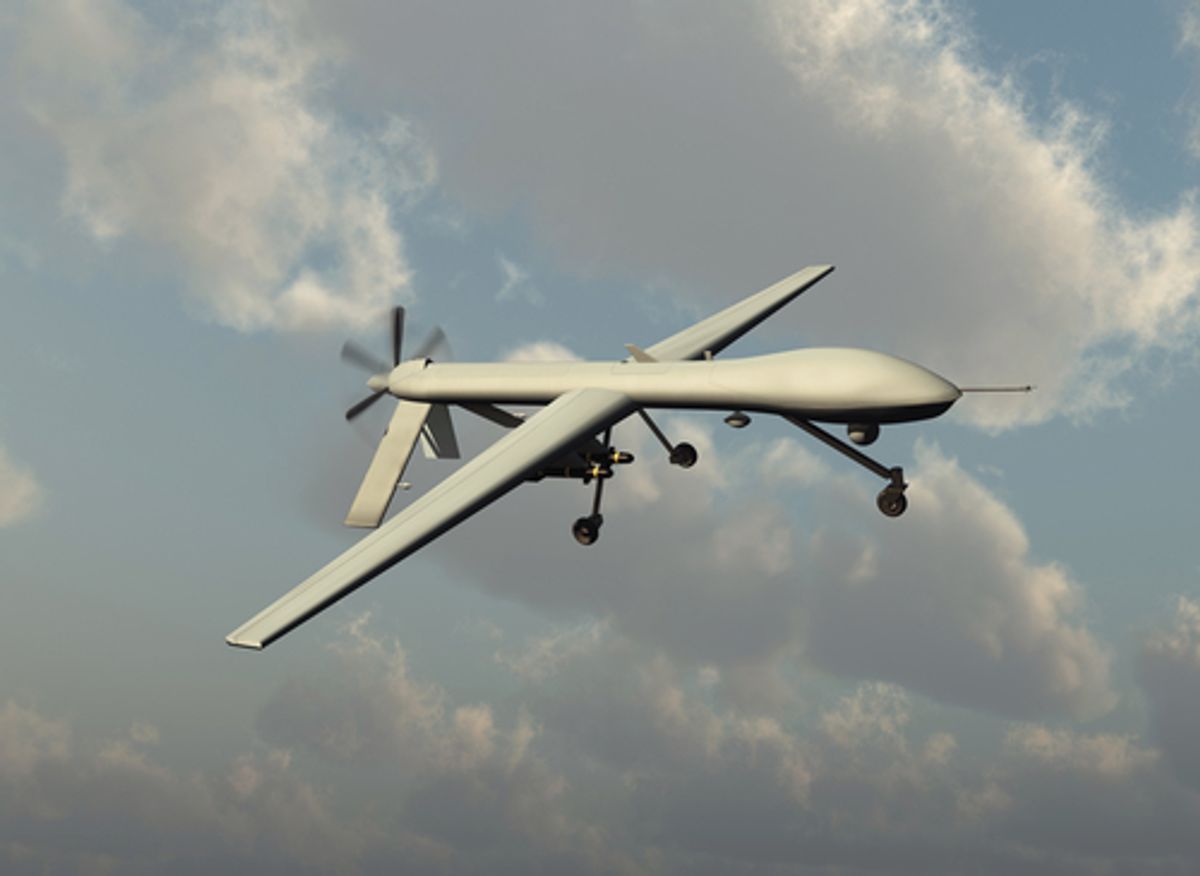 A report released Thursday by Human Rights Watch suggests that a December drone strike, which hit a Yemeni wedding procession, may have violated international laws of war as well as President Obama's decree that strikes carry "near-certainty" of no civilian deaths.

The Dec. 12 strike killed 12 people and injured 15 more, including the bride. While U.S. and Yemeni officials asserted that the victims were members of al-Qaida in the Arabian Peninsula (AQAP), witnesses and relatives of the dead have firmly denied these claims, stressing instead that the casualties were civilian. HRW is now calling on the U.S. government to investigate the strike. The U.S. has not even officially acknowledged the incident.

In May last year, the president stated that U.S. policy required not only "near certainty" of no civilian death, but that a target must be a “continuing and imminent” threat to the U.S., who cannot be otherwise detained. Witness testimony stating that not one of the casualties in the wedding strike was an AQAP member places the onus now on the U.S. government to illustrate why the laws of war -- demanding that civilian and combatant life be distinguished -- were upheld in this case.

“The U.S. refusal to explain a deadly attack on a marriage procession raises critical questions about the administration’s compliance with its own targeted killing policy,” said Letta Tayler, senior terrorism and counterterrorism researcher at Human Rights Watch and author of the report. “All Yemenis, especially the families of the dead and wounded, deserve to know why this wedding procession became a funeral.”

Another HRW report last year addressing drone strikes in Yemen suggested that the U.S.'s actions may constitute war crimes. The study looked at six U.S. drone strikes, spanning the years since 2009. Two out of the six strikes (one-third of the sample) were found to have clearly violated international law, while the legality of up to all six assessed strikes was deemed questionable by the study. The 97-page report found that in six U.S. strikes alone, 57 out of 82 recorded casualties were deemed to be civilians. In one attack, three children and a pregnant woman were killed.