Must-see morning clip: Michelle Obama had a dance party with Jimmy Fallon and Will Ferrell 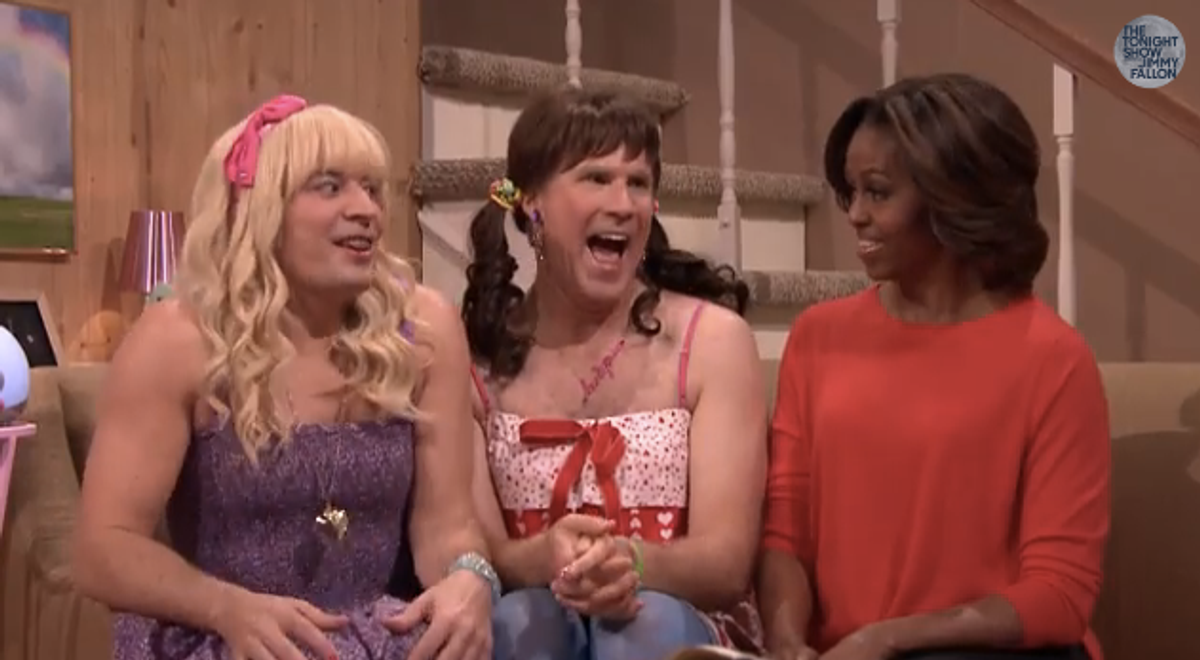 First lady Michelle Obama was totally "ew!" on Thursday night, appearing in a hilarious sketch with Jimmy Fallon and Will Ferrell on "The Tonight Show." Fans who were eager to see how Fallon and Obama would follow up their viral "Evolution of Mom Dancing" video back when Fallon hosted "Late Night" were not disappointed.

Obama, who advocates for healthier lifestyle with the "Let's Move" campaign, was the special guest on "ew!" a TeenNick parody show with the Harry Styles and Will Ferrell-obsessed Stacy (played by Ferrell himself), and braces-wearing host Fallon as Sara. Obama attempted to introduce exercise, dancing, kale chips to her cross-dressing friends ... but it was kind of, well, ew!

In her post-sketch interview with Fallon, the first lady said that her own daughters, Sasha and Malia, are teenagers who want "normalcy." "They're into sports and school and all that good stuff," she told Fallon.