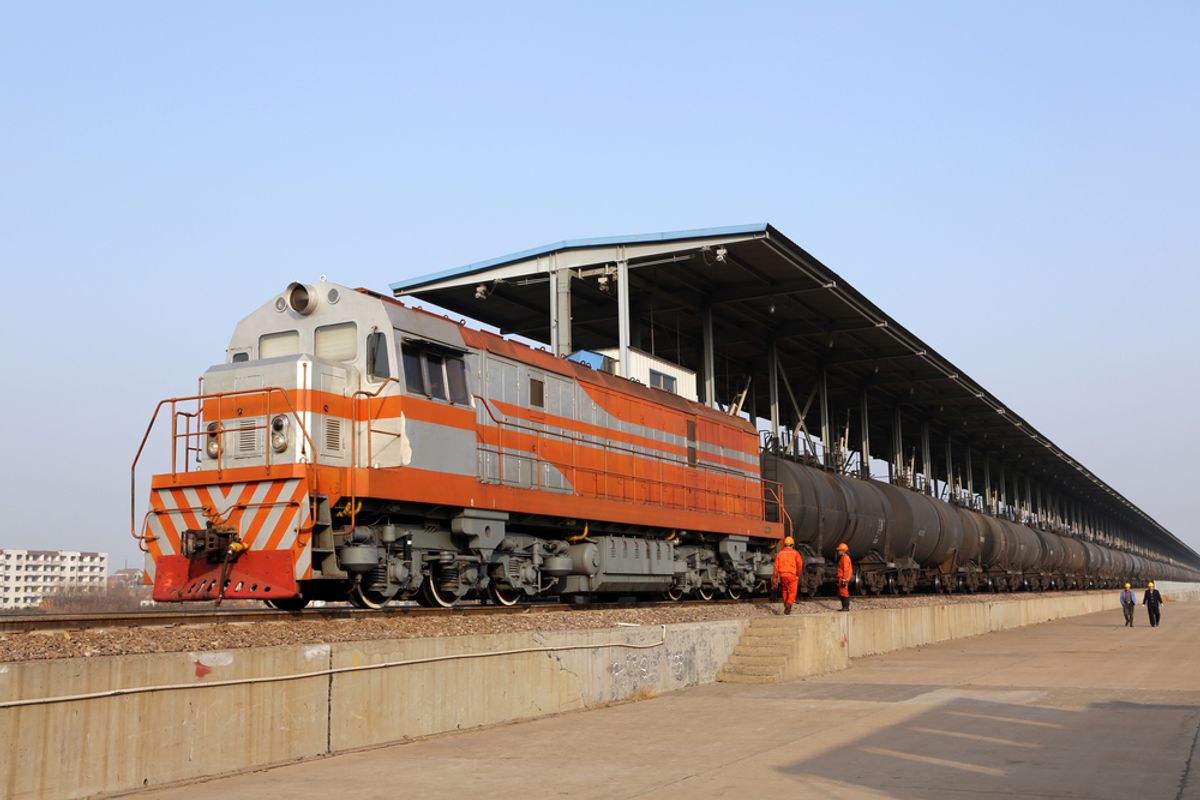 The Associated Press obtained a copy of the agreement between the U.S. Transportation Department and the Association of American Railroads Friday. It covers "wide-ranging voluntary safety measures" for oil trains, include things like slowing down when they pass through major cities, inspecting their tracks more often and ramping up their emergency response planning, which should all theoretically make horrific derailments, spills and explosions occur less frequently. The specifics, such as how the agreement will be enforced, are less clear.

And while the agreement addresses some major concerns, it leaves other big ones out. According to the AP, it fails to address concerns over ethanol -- another toxic and explosive fuel carried by the trains -- or with the dangerous design flaw found in tens of thousands of rail cars that makes them more likely to break open during derailments and other accidents. Still, it's a start: The number of tanker cars hauling oil has increased 40-fold since 2008, and regulators are still struggling to catch up with this new reality.

"Safety is our top priority, and we have a shared responsibility to make sure crude oil is transported safely from origin to destination," U.S. Transportation Secretary Anthony Foxx said. "Today's changes will enhance safety while we continue to pursue our comprehensive approach focused on prevention, mitigation and emergency response through collaboration with our partners."