This goes beyond Hot Pockets: 8.7 million pounds is a lot of "diseased and unsound" beef

How did something like this slip through the cracks? 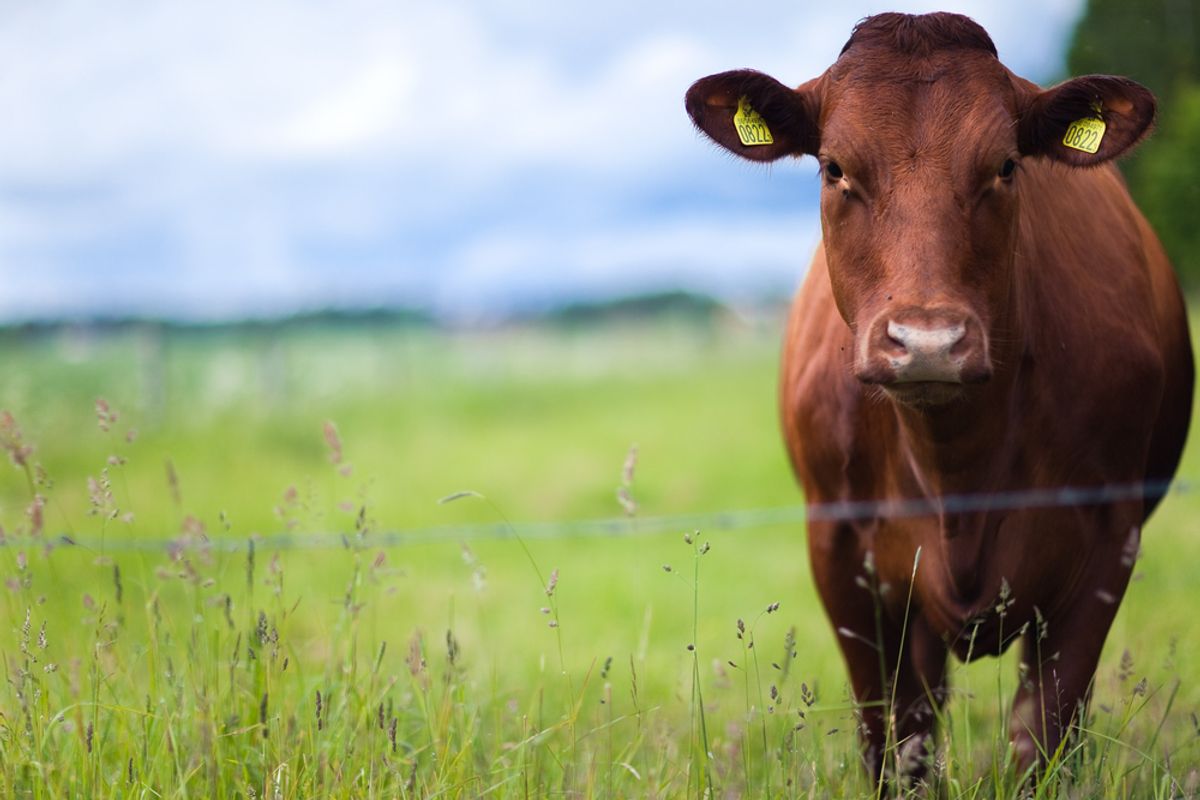 The news went national when we found out that beef produced from "diseased and unsound" animals may have ended up in our Hot Pockets. But the USDA Food Safety Inspection Service (FSIS) recalled all of the beef processed in 2013 by Rancho Feeding Corp., a slaughterhouse in Petaluma, Calif. That's 8.7 million pounds of beef in total -- enough, Mother Jones calculates, to make a burger for every resident of New York, London and Tokyo. The tainted meat is being pulled from the shelves of thousands of grocery stores across 30 states. On Thursday Rancho, which is being investigated for criminal activity by the USDA's inspector general, was sold.

That meat wasn't just going toward processed snacks that we should know better than to eat anyway, either. About 25 percent of Rancho's customers were small, local and sustainable ranchers who sold "niche" products like grass-fed and organic beef.

There's scant information available about what, exactly, was wrong with the cows -- a fact that's angering those high-end beef producers in particular. Rodale News explains:

It's still unclear what that means in this situation—whether the cattle had an injury, such as a broken leg, that prevented them from walking or a more serious illness like mad cow disease. However, downer cattle are much more likely to be infected with E. coli 0157 or to be septic with a blood-borne salmonella infection than regular cattle, says Michael Greger, MD, director of public health and animal agriculture at The Humane Society of the United States. Furthermore, animals that can't stand up may wind up lying in their own waste, which means their hides are covered in manure that can contaminate meat during slaughter.

All the USDA will say is that Rancho processed the diseased animals "without the benefit or full benefit of federal inspection," which raises the question of how the company managed to go over a year without a USDA inspector on site. It could be, Quartz suggests, that a $19 million cut in the FSIS's $1 billion budget wasn't the best move Congress ever made.

Representatives of the meat industry argue that the whole issue is being sensationalized -- most of those 8.7 million pounds of beef won't be recalled, they point out, because they've already been consumed. And so far, even though the USDA deemed the meat “unsound, unwholesome or otherwise are unfit for human food," it doesn't appear that anyone's gotten sick. The prominent farmer and sustainable food advocate Joel Salatin told the Village Voice that the USDA uses such recalls to "create the sense that they're really doing their job" and "give Americans a false sense of security" about food safety.

“The lack of information is both unusual and unsettling,” Sarah Klein, a senior attorney on food safety at the Center for Science in the Public Interest in Washington, D.C., told the Petaluma Press Democrat. “The agency has a lot of questions to answer, as does the company.”