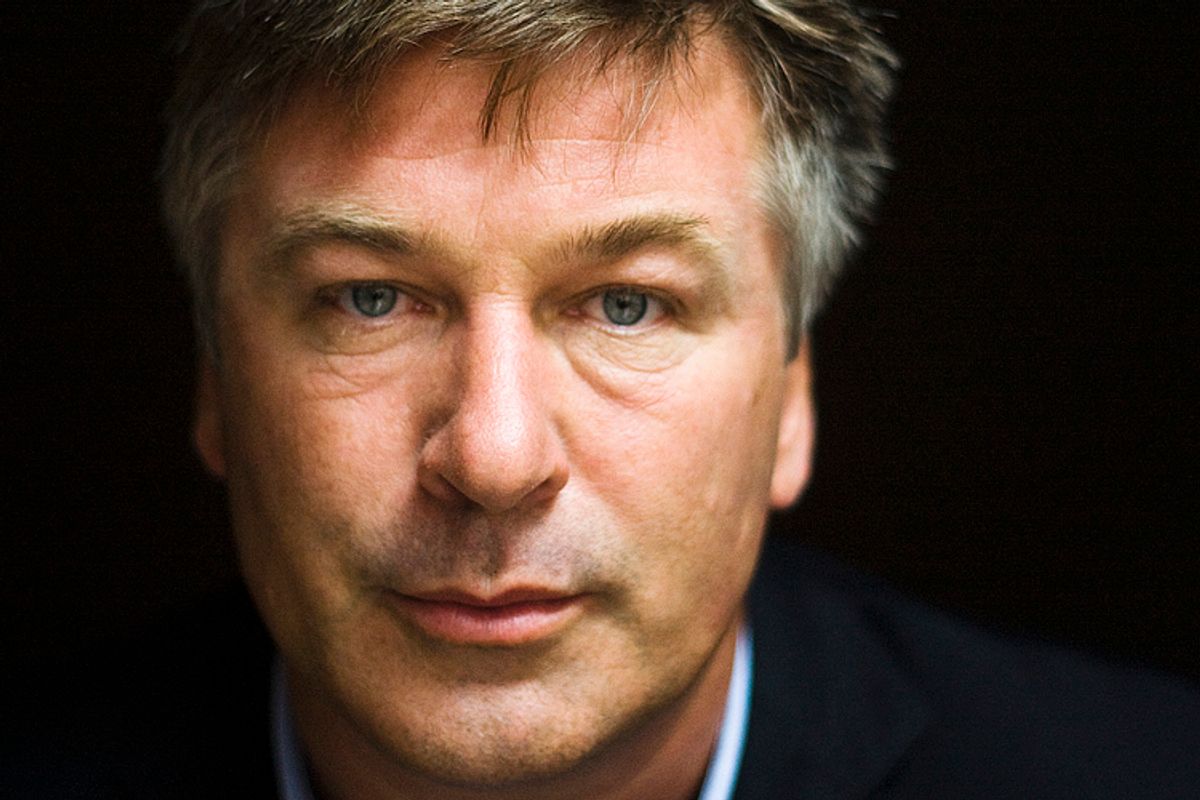 Alec Baldwin, the "30 Rock" star and host of a short-lived MSNBC show, has published an essay on his purported retirement from public life in New York magazine. If history is guide, this won't stick.

That's because, over and over, Baldwin has hinted that he's once-and-for-all done with the public eye. In 2008, Baldwin told the New Yorker that he was prepared to quit acting, saying:

It’s getting to that point where there’s just something else I want to do. I don’t know what it is. I’m tired of being somebody else. I spend the waking hours of my life saying things that other people think and say and do. And behaving as someone else. I’m tired of it. I want to be me! I want to be myself!

In 2013, having made a number of movies since 2008, Baldwin told Vanity Fair he wanted to quit acting:

I’d love to if I could, yeah. That would be the greatest thing in the world.

What differentiates Baldwin's 2014 declaration from his 2013 and 2008 ones is that he is speaking, now, about retiring from life in the public eye, rather than from acting. He wants to continue to act, but to retire from his offstage words and actions having any repercussions.

Baldwin's essay is shockingly narcissistic, the cri de coeur of a person who was told he was wrong for the first time far too late in life. Those who believe he called a photographer a "faggot" and who believe that his admitted use of the term "toxic little queen" was antigay? They're the "Gay Department of Justice," people like "one young man, an F-to-M tranny" in Baldwin's telling, who don't know how sensitive the actor really is. Those who were aware of the imbroglio between Baldwin and Shia LaBeouf that led to LaBeouf quitting the play in which they were to costar don't realize that Baldwin's particular process hinges on not learning his lines, while LaBeouf rudely insisted on learning his. Those who agreed with MSNBC's decision to sack Baldwin after his antigay comments don't know that Baldwin doesn't respect anyone who works at MSNBC anyway, and that the producers didn't understand the higher level on which Baldwin was operating, and, again, he never said "faggot" in the first place ...

Reading this piece is like stepping into a miasma of self-delusion. Solely on the topic of his antigay language, Baldwin manages to blame Harvey Levin for lying to the public, the public for believing an advocate like Baldwin could ever use offensive language ... and also photographers for provoking him into, in the heat of the moment, using language he doesn't himself remember. How can Baldwin say with certainty he'd never use one piece of antigay language when he had used various others ("queen," "cocksucking")? And are we supposed to see him as somehow better than his late MSNBC gig because he tells us that he never liked the network anyway and that he thinks Rachel Maddow is a "phony"?

That word, "phony," is apt -- Alec Baldwin seems, in this telling, like a grown-up version of Holden Caulfield, crusading against everyone for reasons that are buried deep, and that he wants us to watch him untangle. Some of his crusades actually make sense: If Baldwin has been tormented by photographers in the manner he describes, that's an incursion that's cruel. (Though good luck to Baldwin in his attempts to get the public to care about paparazzi aggressiveness, an issue that has not widely caught on in the 16 years since Princess Diana's death.) To attempt to disentangle Baldwin's well-meant critique of the media at large from the anger at how the media has, in particular, wronged him, though, is a fool's errand. The media has gotten dumber not merely for all the old familiar reasons (slideshows, say) but because there wasn't room on a bottom-line-oriented cable network for a Baldwin-hosted talk show that interviewed whomever it was Baldwin wanted. America has gotten more credulous not merely because of any reason you or I could cite but because America really believes Baldwin used a slur he can't remember if he used or not, and now we're all to be deprived from the gift of his serving in office.

The kindest thing -- for ourselves, and for Baldwin -- that we could do is to take Baldwin at his word. He has said his piece; he is now, he claims, entirely done with speaking about his life in public, and he plans to move somewhere with fewer paparazzi, which just seems like common sense. Good luck to him in his attempt to keep his promise to himself and to us, but presuming that he'll just go on speaking, let's pretend not to hear him. Attention is the oxygen Baldwin thrives upon, and his preening, self-justifying attempt to elide the issue of his antigay speech and make himself a wronged hero is just another symptom.