Men are more likely than women to work remotely, but that's not how we talk about worker flexibility

According to new research, 36 percent of men work from home compared to 23 percent of women 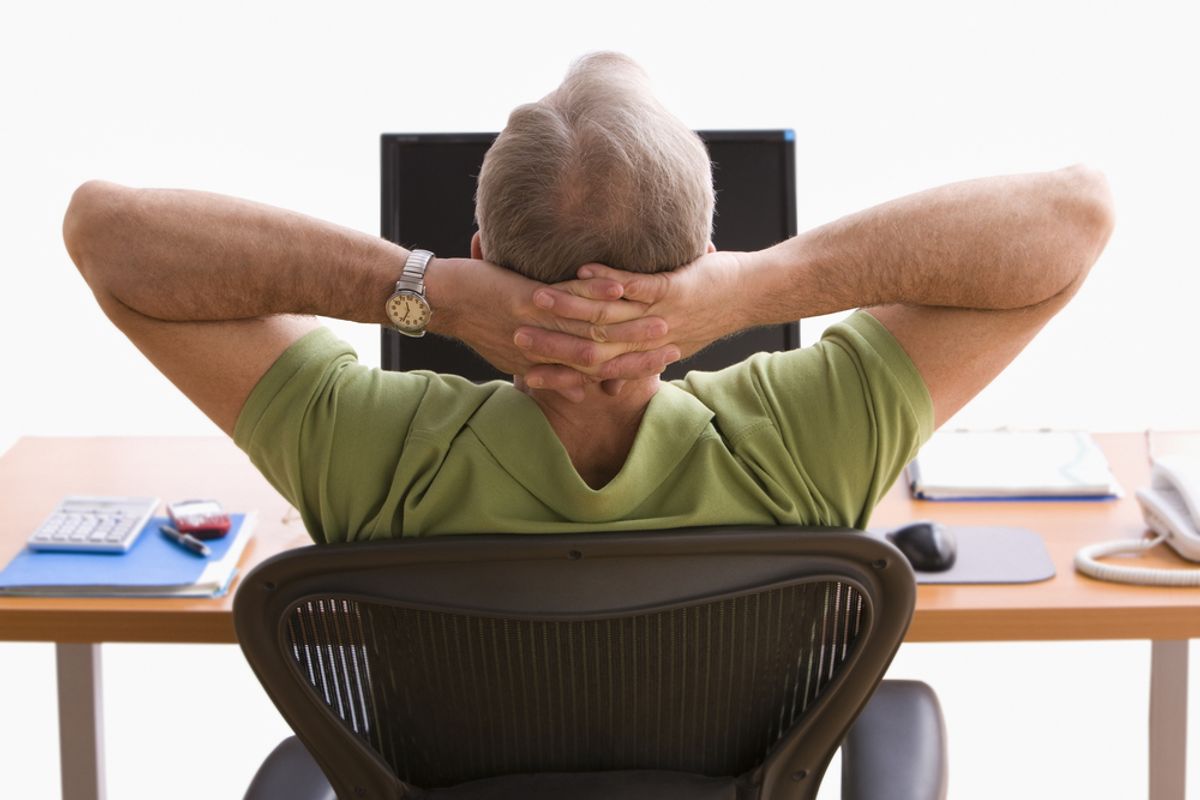 When we talk about flexible working arrangements, we tend to talk about working women because they are more likely than working men to take on the bulk of caregiving responsibilities for children and other family members. But new research shows that men are far more likely to take advantage of flexible work arrangements than women, even though women balancing a career and primary caregiving responsibilities may benefit more from such flexibility.

Cali Williams Yost, a flexible workplace strategist, told Vickie Elmer at Quartz that she believes this may be due to the fact that many women are reluctant to request work from home arrangements for fear of being put on the "mommy track" of diminished career opportunities.

But while fear of reprisal may keep some women for asking for such flexibility, that isn't the only explanation for the imbalance; as Bryce Covert at ThinkProgress notes, women are also less likely to be given flexibility in their schedules than men who ask for similar arrangements.

More on what this means for and about working women from ThinkProgress:

Working remotely is just one of many ways employees can change their schedules to be more flexible — others including adjusting arrival and departure times, being flexible about when work is done throughout the week, reducing hours, or going part time. Women may be making more use of the last two options. According to Australian research, they are more likely to go part timeor use other arrangements that cut back on hours instead of shifting them, and American research has shown similar results. Over their lifetimes, more than 40 percent of women with children have had to reduce their work hours to care for someone, but just 28 percent of fathers have had to do the same. Reducing hours or working part time can hurt women’s overall pay and make it less likely that they’ll get picked for job opportunities and promotions.

Some women get pushed out of work altogether when they need to care for family. Nearly 30 percent of mothers have said they even had to quit their job for this reason, but just 10 percent of men have done so. While being a caretaker makes it more likely than a woman will leave her job, taking on that role doesn’t impact whether a man stays in the labor force.