Maine Rep. Lawrence Lockman is now trying to distance himself from decades worth of hateful remarks 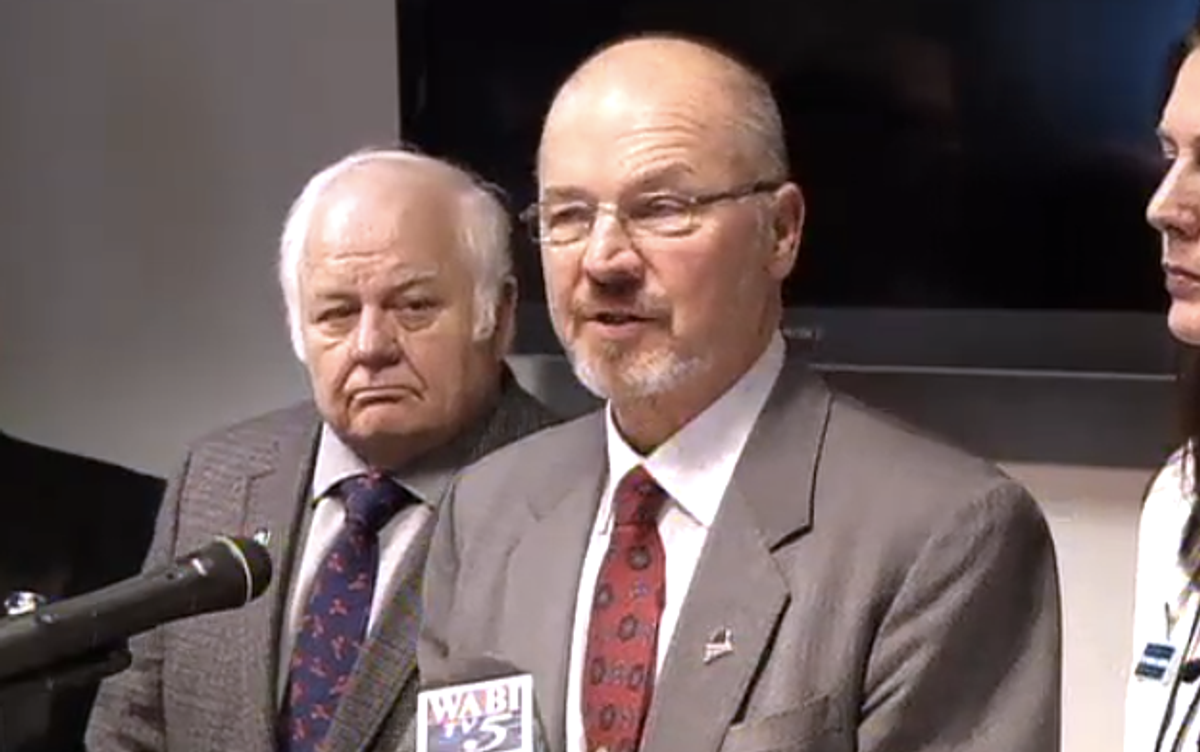 Republican state lawmaker Lawrence Lockman has only been serving in the Maine House of Representatives since 2012, but has a long history in state politics, much of which he seems to have spent making ignorant and deeply offensive comments about rape, abortion and HIV/AIDS, among other issues.

Bangor Daily News writer Mike Tipping compiled a list of remarks Lockman has made over the last three decades, which have led Democratic lawmakers to call for his resignation and Lockman to issue an apology.

From Tipping's report, Lockman on HIV:

In the mid-to-late eighties, Lockman changed his focus away from avoiding taxes and towards spreading lies about the AIDS epidemic. In 1987, he is quoted in the Bangor Daily News as implying that HIV and AIDS could be spread by bed sheets and mosquitoes. [...]

“In the overwhelming majority of cases, people are dying because of their addiction to sodomy,” Lockman wrote in a 1987 letter to the editor to the Lewiston Daily Sunarguing against funding for AIDS education. “They are dying because progressive, enlightened, tolerant people in politics and in medicine have assured the public that the practice of sodomy is a legitimate alternative lifestyle, rather than a perverted, depraved crime against humanity.”

In the early 1990s, Lockman was active on the issue of abortion. He became a director of the Pro Life Education Association and in 1990 was quoted as saying “If a woman has (the right to abortion), why shouldn’t a man be free to use his superior strength to force himself on a woman? At least the rapist’s pursuit of sexual freedom doesn’t (in most cases) result in anyone’s death.”

“Clearly the practice of sodomy is learned behavior, and those addicted to this form of biologically-insane sex are at high risk for all manner of serious medical problems,” wrote Lockman in a letter to the Bangor Daily News about the program. [...]

In the mid 90s, Lockman turned his attention to resisting the advancement of gay rights. As Vice President and spokesperson for Concerned Maine Families, he helped lead a 1995 referendum attempting to ban the protection of gays and lesbians from discrimination. [...]

In advocating for the initiative, Lockman downplayed examples of anti-gay bias and crimes against gays and lesbians and claimed that the issue was “about militant homosexual demands for special status.” He insisted that the anti-discrimination measures were part of a secret plan for gay affirmative action.

“You can bet the rent money they will demand that employers set up goals and timetables to achieve 10 percent homosexual representation in the workforce and in government contracts,” Lockman wrote in an op-ed in the Lewiston Sun Journal.

Having been exposed as a prolific and outspoken bigot, Lockman promptly issued a statement arguing that the decades he spent publicly expressing his political views and opinions have, apparently, nothing at all to do with how he legislates today. "I have always been passionate about my beliefs, and years ago I said things that I regret,” Lockman said. “I hold no animosity toward anyone by virtue of their gender or sexual orientation, and today I am focused on ensuring freedom and economic prosperity for all Mainers.”