SFX supervisor Neil Corbould on why "Gravity" could win, and why 3-D movies and special effects usually bore him 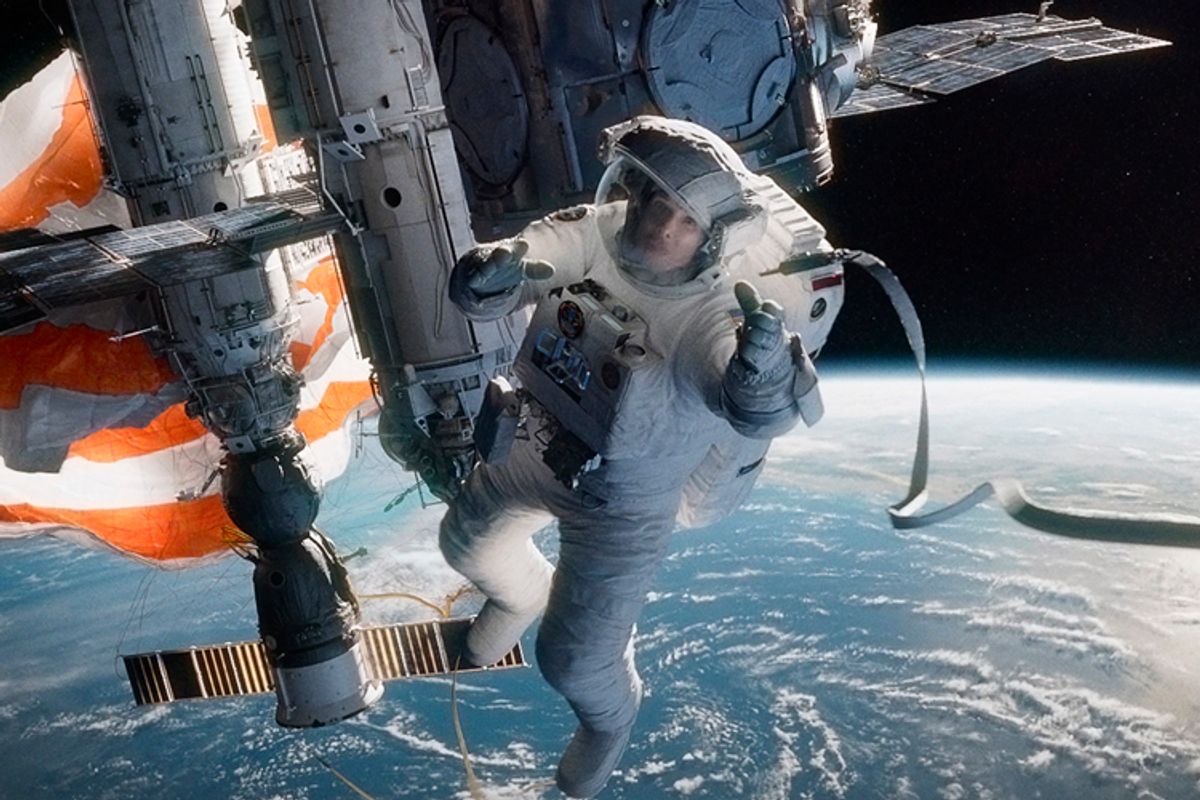 Neil Corbould is no stranger to the Oscars. The special effects supervisor of "Gravity" has an Oscar on the shelf already, for "Gladiator," and was nominated for "Superman Returns" and "Snow White and the Huntsman." Having swept the precursor awards, he's almost certain to win the best visual effects trophy at Sunday's ceremony.

But this year is a little different; unlike the Superman or Snow White stories, "Gravity" is a contender for Oscar's top prize -- and unlike "Gladiator," which won the best picture prize in 2001, "Gravity" is entirely defined by its visual effects. There's never been a best picture winner presented in effects-heavy 3-D. Corbould thinks this is the year.

"I think 'Gravity' would well deserve it and I think it could be a surprise," he told Salon. "I think everyone's thinking '12 Years a Slave' will win but 'Gravity' has a fantastic chance. It's 3-D at its best."

That is to say, it's 3-D that doesn't overshadow the whole enterprise, a phenomenon Corbould acknowledged he found wearying.

"I'm not a big lover of 3-D movies, it gives me a headache," he said. "But here, the 3-D was a character. It works so much better that way. If it is in your face, it gets confusing and the novelty's worn off quickly. The way it's done is subtle and it works." Corbould referred to those few scenes in which elements come flying at the viewer's face -- long a hallmark of the 3-D movie -- as practically a necessary evil: "There are only a few action shots where things come flying at you."

"Gravity" has gotten attention both for its eye-popping effects -- ones that have made director Alfonso Cuarón the runaway favorite for the best director prize -- and for the human story at its core. Indeed, its predecessors as 3-D, effects-driven films in the best picture category -- 2009's "Avatar" and 2011's "Hugo" -- seemed a bit more weightless and unreal, reliant on the fantastical or surreal. And other 3-D movies had come to feel predictable or trite. "I think you need a practical element in it," said Corbould. "I got bored with these massively CG movies. They look like a massive computer game -- it took away the feeling for characters. You do need to have a practical feel. You can't fool people -- when people see something good, they can react to it, they can feel it."

Indeed, asked to name a favorite special-effects-heavy film he hadn't worked on, Corbould named his brother Ian's work on "The Dark Knight," for which an eight-story building was blown up. An entirely CGI universe this wasn't. "You know it's real. Heath Ledger was standing 100 meters away."

On the "Gravity" set, that sense of visceral realism was created via a 12-wire rig tested with a stuntwoman, then calibrated to star Sandra Bullock's body, so that her facial expressions through all the jolts and rotations of deep space could be recorded and then transposed onto a CG spacesuit. It was operated by puppeteers, to allow for maximum delicacy: "We can design and build it but when you're operating it, you need the fine touch and understanding of movement puppeteers have."

The "Gravity" effects appear to be as they could have been, given the subject matter -- though Cuarón, initially, had advocated for something even more realistic and less reliant on CGI. "He's a very practical director. He loves practical effects. He wants to do as much in camera as he could. He wanted to build 60-foot-high sets that could rotate any way and then fly actors down on wires," said Corbould. "It took us explaining it would confine him to a certain way of filming."

Recording Bullock's facial expressions while she was under real duress, then creating her world via computer imagery, was the compromise. Said Corbould: "They could have done this movie completely CG. But you would have known it was CG." And that flat, uninteresting sort of movie doesn't win best picture.