Why this man was prescient (Hint: It has to do with your rent)

The old rule was don't spend more than 30 percent of your income on housing. Why that's become impossible for many 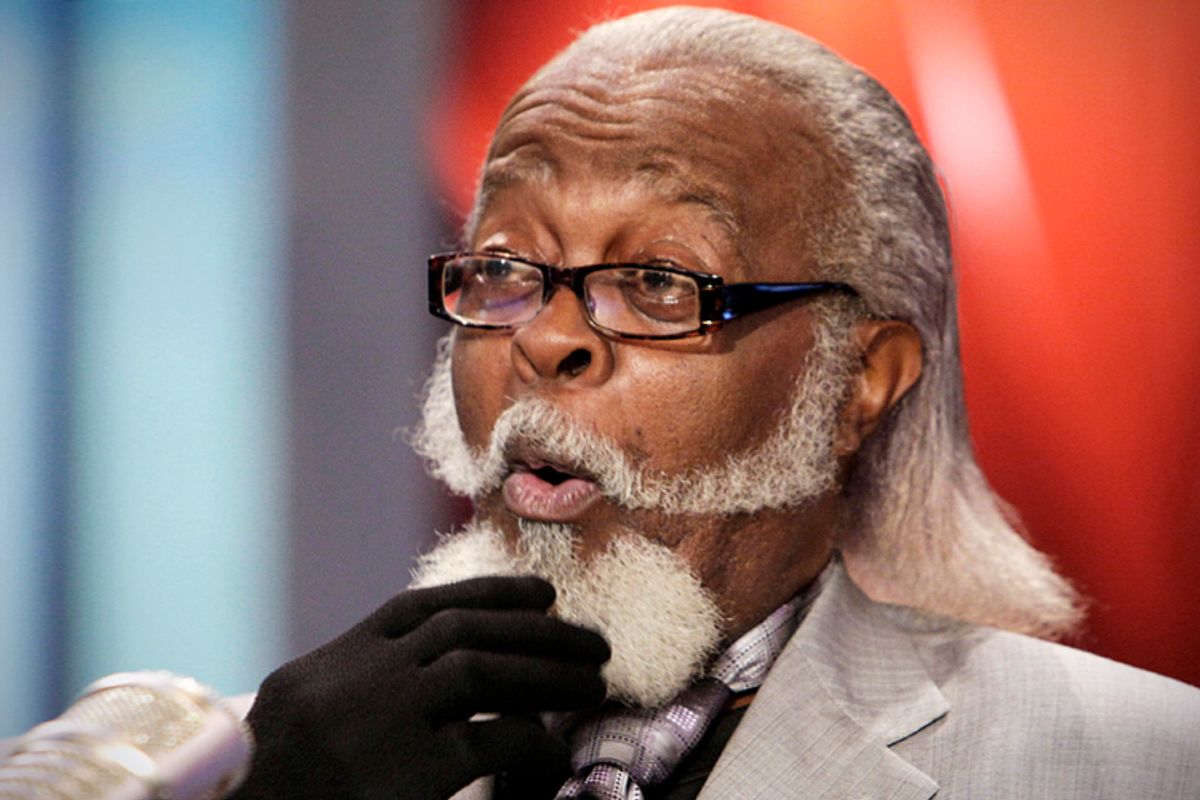 Jimmy McMillan is right. The candidate of the Rent Is Too Damn High Party may have lost the New York mayoral election to Bill DeBlasio. But it’s true — in New York and much of the United States, the rent really is too damn high. The classic rule is that you should not spend more than 30 percent of your income on housing, whether in the form of rent or a mortgage on a house or condo. But the polarization of income in the U.S., accompanied by the creation of mostly low-paying jobs, has made that prudent standard impossible for a growing number of Americans to meet.

The problem was worsened, but not caused, by the Great Recession. Even before the economic downturn, according to Harvard’s Joint Center for Housing Studies, the share of “cost-burdened” renters shelling out more than 30 percent of their pre-tax income to landlords was rising until nearly half of all renters were cost-burdened. The ratio of renters who pay more than 30 percent of their incomes in housing costs has risen from 1 in 4 in 1960 to 1 in 3 in 1980 to 1 in 2 today.

Neither private supply nor public subsidies have compensated for rising renter stress. Let’s start with the supply side. To spend 30 percent or less of a $15,000 income, a renter would have to spend no more than $375 a month on shelter. But in 2011, according to the Joint Center for Housing Studies, the median monthly rent was more than $1,000. Fewer than 5 percent of rental units rented for less than $400 and fewer than 34 percent for less than $800.

Nor has social policy kept up. Low-income renters in the U.S. are helped by a patchwork of programs. These include the oldest program, public housing, and the more recent fashion of housing-choice vouchers. There are even USDA subsidies for some renters. Meanwhile, the low-income housing tax credit (LIHTC) subsidizes landlords to maintain and develop low-income housing.

But it is clear from the statistics that these programs are falling far short of ensuring affordable housing for Americans in the proliferating low-wage economy. In 2011, only 4.6 million renters benefited from rental assistance, while 19.3 million households were eligible.

And then there was the bipartisan policy in the 1990s and 2000s of encouraging home ownership rather than renting — including efforts to peddle mortgages to those known as NINJAs — no incomes, no jobs and no assets. While that wasn’t the sole cause of the financial crisis, its contributing role should force us to reconsider the American conviction that homeowners are more virtuous and make better citizens than renters. Other countries, including Germany, prosper with far more renters rather than homeowners — or rather “homedebtors.”

If housing expenditures for the bottom three quintiles were reduced to the classic standard of 30 percent — roughly what the richest two quintiles spend — then the discretionary incomes of low-income renters that could be spent on other things like food, transportation, health care and recreation could be increased — by nearly 10 percent of their incomes, in the case of the poorest Americans.

If we are serious about having a national conversation about inequality, the issue of housing affordability must be part of it. While incentives to build more affordable units may be part of the solution, some degree of government assistance may always be necessary, given the proliferation of jobs that would pay low wages even with a somewhat higher minimum wage.

Many academic economists believe that means-tested programs targeted to the poor are more efficient than universal social programs that chiefly benefit the middle class but incidentally (and disproportionately) benefit the poor. But most academic economists are fools. They live in a fantasy world without selfish voters. In the real world, middle-class voters — not only here but in the social democracies of Europe — often resent and oppose means-tested programs that benefit others without helping them. As the saying goes, “Programs for the poor are poor programs.”

For this reason, a serious policy to address the housing-cost issue should be universal, helping the middle class as well as the poor.

A good national housing program would be universal, helping the middle class and the poor at the same time. It would be an entitlement, so that it couldn’t be slashed during recessions, when public spending should not be cut at all but be temporarily increased to offset lost private demand. It would be purely federal, to prevent wide geographic variations among the ability to pay by state or local taxes. And it would not discriminate among renters and homeowners.

Something like a universal federal housing tax credit could meet all of these criteria. It could be used either to pay the rent or to pay a mortgage. It would be federal and universal. And because most of the beneficiaries would be middle class, it would thwart the cynical divide-and-rule strategy of conservatives who seek to pit the middle class against the poor on behalf of the rich.

Critics could raise objections to such a system. One might be geographic inequality. A federal housing credit in a fixed amount would go further in Wyoming than in New York City. And the program would need to be designed to prevent landlords or home sellers from using their market power to raise rents or house prices by the amount of the subsidy.

The good news is that the idea of a flat or progressive housing tax credit is not new. Commissions on tax reform often propose replacing our present system of tax subsidies for housing, which chiefly benefit the rich and the upper-middle class, with some sort of simple, flat or flattish credit. To date all such proposals have failed. But no policy is ever adopted — until it is actually adopted. Let the debate begin.