Kerry on Russia: "You just don't" invade another country "on a completely trumped up pretext" 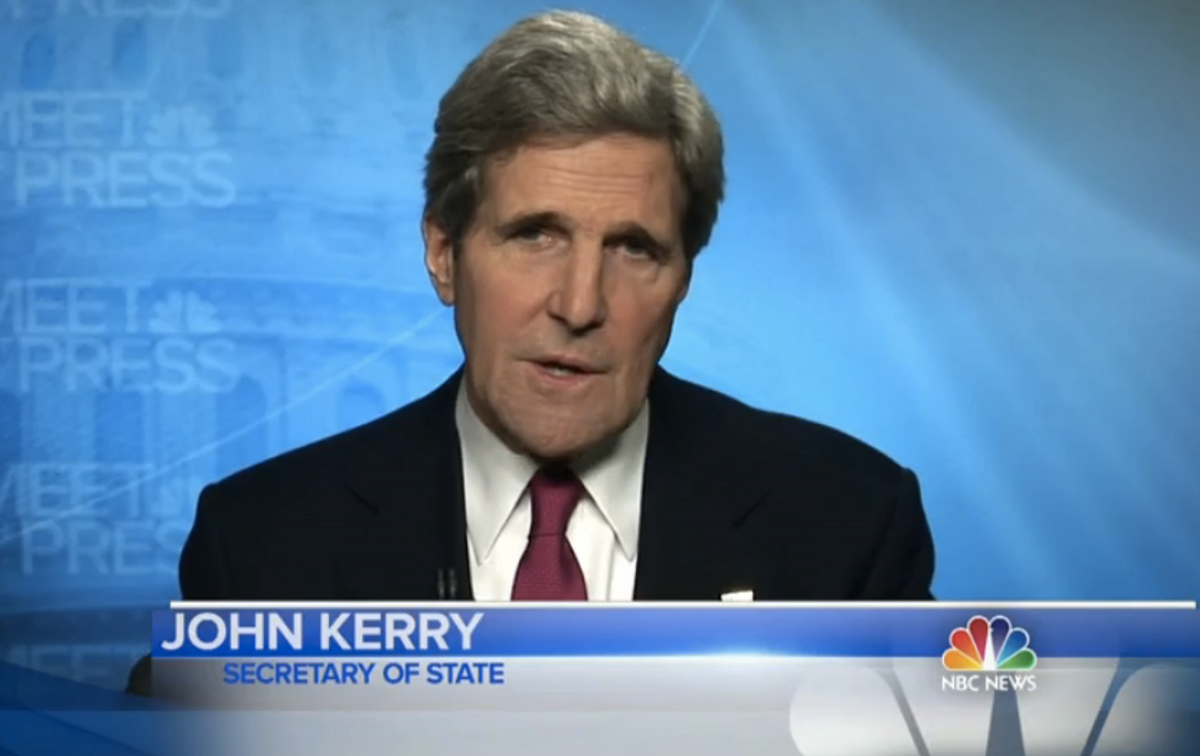 Secretary of State John Kerry made the round of Sunday shows this morning to condemn Russia's "incredible act of aggression" in Ukraine, warning Prime Minister Vladimir Putin that the country faces harsh economic sanctions from the international community.

"It is really a stunning, willful choice by President Putin to invade another country," Kerry said on Face the Nation.

But in the seriousness of the situation, the irony of Kerry's next comments may have gone missed. "You just don't in the 21st century behave in 19th century fashion by invading another country on completely trumped up pretext," he said.

He went on to repeat the assertion on Meet the Press, keeping a straight face as he told host David Gregory: "You just don't invade another country on phony pretext in order to assert your interests."