The comedian wants to help the congressman, who believes that homosexuality needs to be "independently verified" 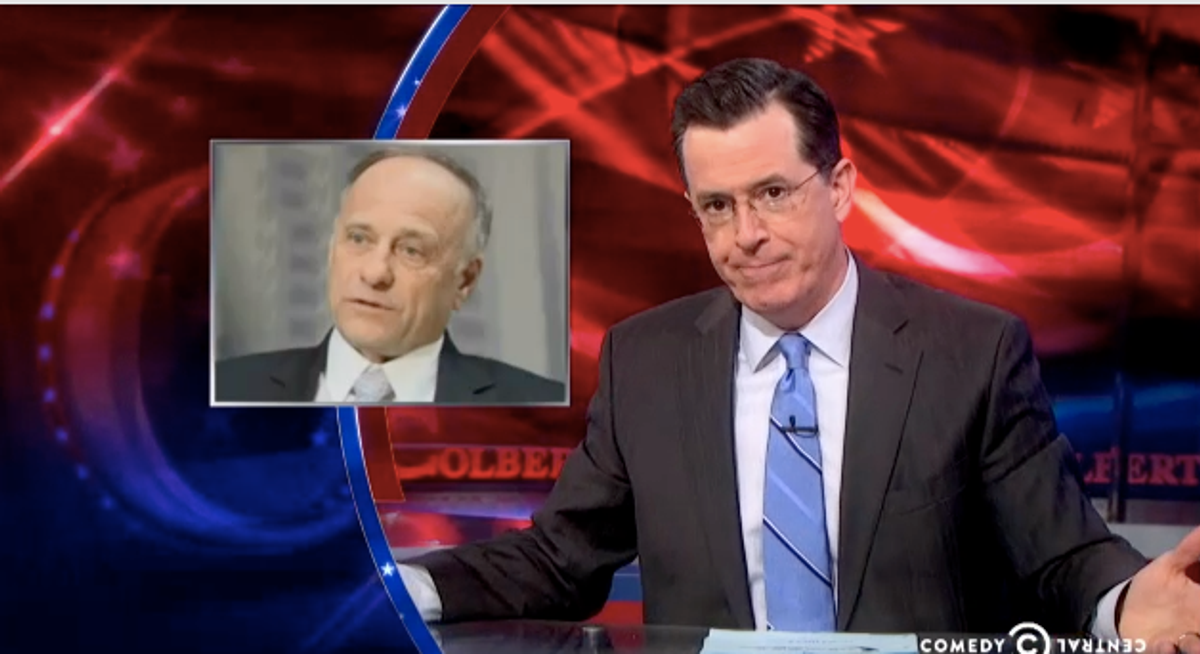 Iowa Rep. Steve King doesn't believe that homosexuality is real. In the wake of Arizona's anti-gay legislation, which Gov. Jan Brewer (finally) vetoed, the Republican congressman argued against gay rights and wondered why gay men and women are asking for "special rights for self-professed behavior" anyway.

Unlike race or gender, gayness isn't outwardly visible so "how do you know who to discriminate against?" he asked, without any awareness of how bigoted that question is. King wondered, then, if the backlash against a bill that allows business owners to refuse gays service on grounds of religion is about a "grievance" or is this about "a service that they'd like to have."

"Steve King is right," deadpanned Stephen Colbert on Tuesday night's "Colbert Report." "These self-professed gays just want you to refuse their service so they can sue you."

"We've seen it a million times: a guy pretends to be gay, pretends to hide it till he's 18, then he pretends to come out to his family who pretends not to understand and pretends to shun him. He moves to the city, a few years later, he meets another guy pretending to be gay, they pretend to fall in love, and he pretends to propose, and they get fake engaged. They pretend to set a date, the man reaches out to his family, they pretended to grow a lot because they've been watching a lot of 'Modern Family,' they don't pretend to pretend to understand his life but they can see how happy he pretends to be, and they give their pretend blessing. The pretend couple enters a flower shop, one pretends to want orchids, the other pretends to want hydrangea, but once they're in the store, they both pretend to want the vibrance of Peruvian lilies. They approach the owner who says, 'I can't sell to you, I'm a Christian,' then BOOM, they hit him with a lawsuit, collect millions, and run off to Vegas to have hetero sex with lady hookers just as God intended. Gotcha!"

This is apparently plausible to King, who insists on having "independently verifiable" proof of homosexuality (if it's a real thing, which it is not!).

Well, thanks to Colbert, King's office is about to get flooded with mountains of independent verification. "I think what Steve King is saying, gays," began Colbert, "is he wants you to send photos and/or videos proving to Steve King that you are gay."