“If you dig on any politician, you’ll find something”: Christie scandals dismissed at CPAC

“What really concerns me is his attack on the Republican Party itself ... Sometimes he just blatantly attacks" 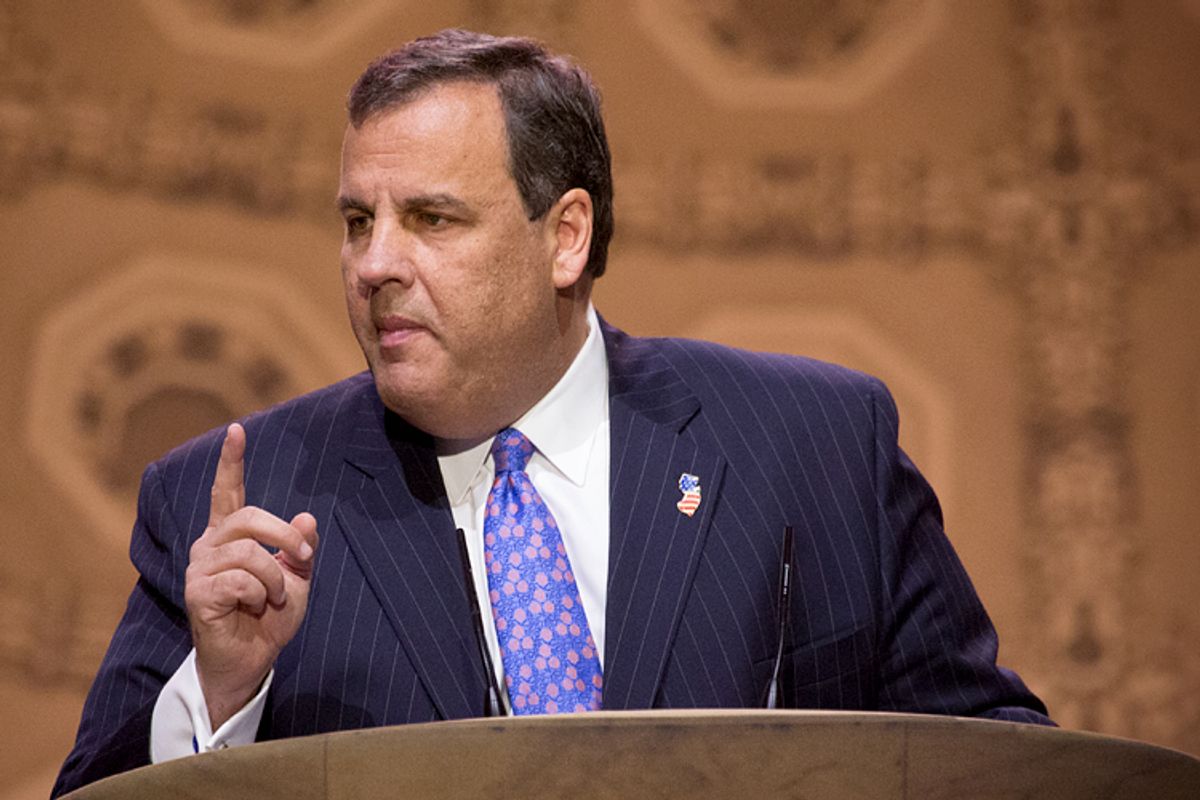 High-profile scandals surrounding Chris Christie may have staggered his standing among centrist pundits, but CPAC attendees are a different story.

“If you dig on any politician, you’ll find something …” said Southern Methodist University student Samuel Clark, one of several at CPAC Thursday who told Salon that alleged retaliatory lane closures and Sandy aid hostage-taking hadn’t cost the governor their support. “You can make some kind of scandal out of any politician.” Clark spoke to Salon just after taking part in a premium ticketholders meet-and-greet with Ted Cruz, whom he called “a true proponent of liberty.” As for Christie, said Clark, “I don’t hate him, I don’t love him.”

“His eight years governorship aren’t going to be perfect …” said Tom, a Westchester University student planning to support either Christie or Rand Paul in 2016. “I think that’s just a minor issue we really don’t need to worry about.”

That sentiment was echoed by Rudy Carlson, a retired medical device CEO: “That’s just a minor thing the Democrats are trying to put him out of proportion. It’ll blow over.”

Not everyone was so dismissive. A Connecticut financial adviser named Eliot told Salon that so far he hadn’t developed a firm view of either Christie or the allegations, “So I hear about it in the periphery, and I think it’s probably something I should pay attention to if I ever have to.” John Trulio, a retired physicist, said he’d found Christie’s Thursday CPAC address “very inspiring,” but when asked about the scandals, said the governor “should not have been caught up in anything like that.”

“If he runs for president, I’ll be more inclined to listen to him, because I’ve heard him this time …” said Trulio. “The business of the bridge is going to weigh against him in my mind. He might be able to overcome it.”