Fox News tried to tear my family apart: How they failed to incite my father

Murdoch’s news channel invited my dad on to slam me for being liberal. Instead he proved my anti-Fox points for me 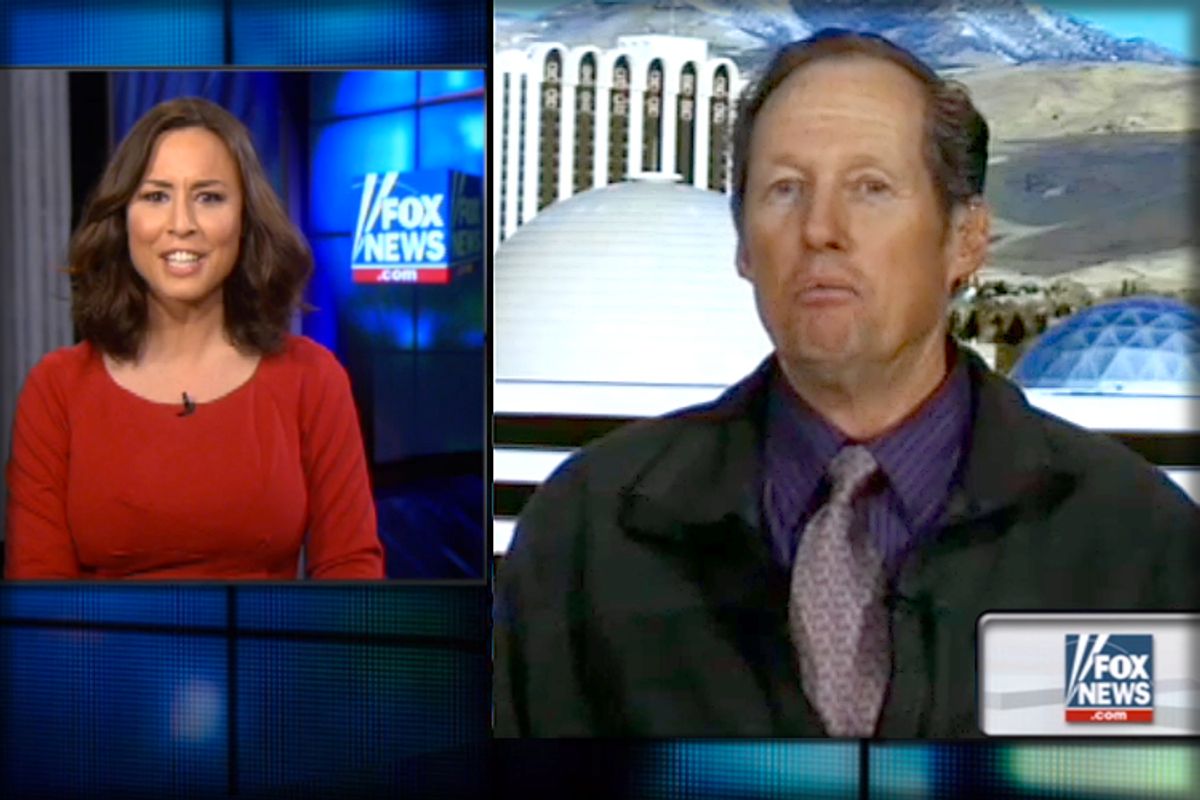 A pundit on Fox News was so upset about my recent Salon piece, “I lost my dad to Fox News: How a generation was captured by thrashing hysteria,” that she invited my dad on the network to blast me. The ham-handed attempt failed, and gave me new respect for my father. Next to the lunatic Fox News host, Andrea Tantaros, my dad looked like a textbook case of decency — even when he was dismissing evolution.

After my post on Salon about my dad’s destructive Fox News habit, my Twitter feed and email exploded with people sharing their sad stories of lost loved ones. The sentiments were near universal: That is my father, mother, spouse or other loved one. It seems I could start another political party of Fox News orphans, and we’d be bigger than the current Republican Party.

For every five nice comments, there was at least one furious note of some kind or another. Some had a point. I was insensitive comparing the loss of a parent to Fox News to that of a cancer patient, and I’d reconsider that choice of metaphor if I could. I would also say that I was too focused on the older population. It’s true the median age for Fox viewers is 68, but I should not have dismissed those people who are middle aged or younger caught up in the impotent fury of Fox News. Sadly, hysteria crosses generations.

There were other comments that only served to prove my point about manufactured outrage. Many Fox defenders dismissed me as a liberal, a socialist or a communist — those magic words that hold sacred power to so many. Some people got silly; one person called me a graphic female body part.

Labels don’t mean much to me. I embrace some and reject many more. Listening to Fox News defenders, I heard the world “liberal” spat out like someone bit into a piece of dog shit. I’m not even sure I like the word liberal. It’s too reductive and damaged. But why does it matter? Are we not all human beings?

I also heard the claim that “the left and MSNBC is exactly the same as Fox News,” which is of course a false equivalence. I know many on the left who despise left-wing media. MSNBC does not in any way, shape or form drive politics on the left. The most common trait I’ve noticed from hanging around so-called liberals is that they almost never agree on anything.

Despite all the attention, I was still surprised when someone at Fox News called up my dad. This exemplifies Fox News “balance.” Rather than invite someone who would challenge their orthodoxy, they called up my dad to confirm that I am, indeed, just some asshole.

My dad hadn’t even read the essay (in the previous essay I noted that he never uses the Internet) when Fox News first called. He finally broke down and read it. I was never afraid of hurting his feelings, because he doesn’t take it that way. To Dad, my writing is just white noise. Any hurt feelings my father might have had were overshadowed by his tremendous excitement about meeting interchangeable, nondescript Fox News host Tantaros.

Before my father went on the show, I gave him good advice about being on camera, like "look into the lens instead of the monitor" and "have them turn up the ear piece" (my father is hard of hearing). Mostly, I told him to be careful and have fun with it. I have a deeper understanding of media than perhaps some people, because I’ve earned my living in public relations for more than 15 years. In my day job, I’ve worked with journalists, magazines and television news programs far more than the average person.

In the full interview, which only aired on the Internet (meaning he won’t be able to see it), my dad surprised me. Even though I don’t agree with him, he was measured and thoughtful in his comments. Tantaros was a completely different story.

She misstated, misunderstood or fibbed about the tone of the original piece, picking the most salacious moments, trying to rile up my dad. She acted exactly how I portrayed Fox News in my first piece, needlessly inflammatory and defamatory.

Tantaros also led my dad into one of his favorite Fox-inspired topics: People getting “free stuff.” This is at the heart of current Fox News messaging. Many hosts use this loaded phrase as shorthand for demonizing poor people, single women on birth control and the Affordable Care Act. “You are just trying to avoid the mistakes of history. You’re just trying to save this country as you say and not give it away for a bunch of free stuff,” she said toward the end of the interview.

The on-air piece and opinion piece that followed on FoxNews.com seemed to dismiss my entire opinion because I went to college. To quote Tantaros: “You could say (you lost your) son to a raging liberal academia.”

Despite it all, I’m honestly happy for my dad. He had the chance to appear on one of his favorite programs. Not many people can say that. In the years I’ve known him, he’s never been on television or even met a journalist that I know about. And I’m glad he got a platform to talk about the first essay I wrote about him. I’m open to constructive dialogue with him, and this might be as close as we ever get.

In my first essay, I examined not only my father’s Fox habit but also my own history of watching. The most powerful story in human creation is the heartfelt conversion, and my personal opinions have changed, even dramatically in recent years. However, I did not go from one “certainty” to another, but rather I went from convinced-about-everything to unsure-about many-things.

Certainty is the most dangerous emotion a human being can feel in politics and religion. Certainty stops all outside thought or reason. It closes the door and is a metaphorical spit in the face of anyone who disagrees. Changing one’s mind is the essence of critical thinking. As Thomas Jefferson himself said, “Question with boldness even the existence of a God; because, if there be one, he must more approve of the homage of reason, than that of blind-folded fear.”

In America we’ve stopped hearing each other in the streets, restaurants, churches and, in my case, in my own home, talking with my father. It is tragic, but it’s not all our fault. Fox News makes a living dividing people, offering the seductive lie of certainty to some people who just want to be reassured. Who doesn’t want ironclad answers?

My father said something to me before the interview that struck me. He said I’m wrong about Fox News. “Fox didn’t warp me,” he said. “I created Fox News so I’d have something to watch.”

What a nugget of pure genius. Dad has always been conservative, although as I said, not to the extent that he is now. He and like-minded conservatives created a “news” source that would tell them what they wanted to hear, without calling into question their preconceived notions. Confirmation bias is a much different thing than news.