But if the ruling is going to have an impact, states need to require background checks in all firearm transactions 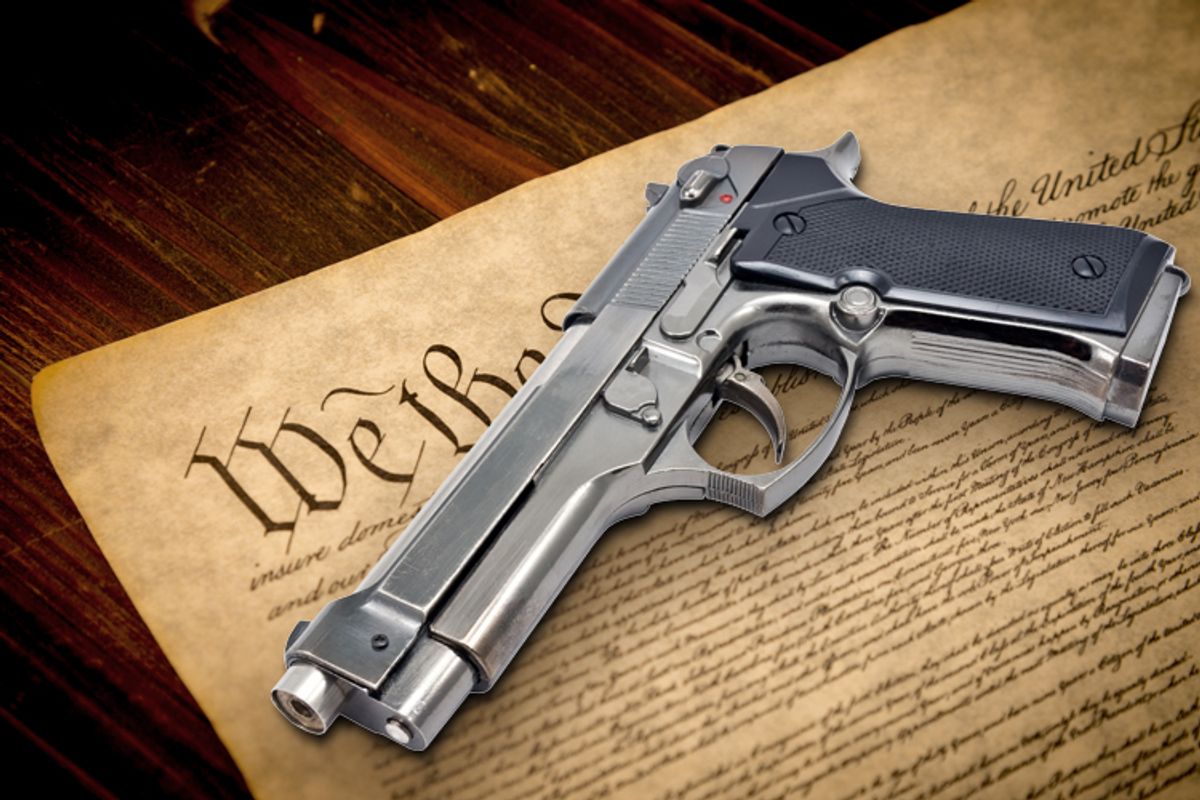 The Supreme Court on Wednesday delivered a sweeping ruling that will help prevent people convicted of domestic violence from possessing guns.

The case concerned a Tennessee man convicted of misdemeanor domestic assault in 2001. After his domestic violence conviction, James Castleman was charged in 2009 with the illegal possession of a firearm. As it stands, federal law bans people like Castleman -- convicted of misdemeanor domestic assault involving physical violence or a weapon -- from purchasing or possessing guns. (It's often an unevenly enforced law, but it's the law nonetheless.) Castleman argued that the gun charge was not legitimate because Tennessee court records did not explicitly mention the nature of his violence or the injuries sustained by his victim.

Basically, Castleman tried to argue that his act of domestic violence wasn't violent enough to get him barred from owning a gun.

The justices unanimously rejected the claim.

Because Castleman pleaded guilty to having “caused bodily injury,” Sotomayor noted, the use of physical force during the domestic violence incident could be assumed.

Justices Antonin Scalia, Samuel Alito and Clarence Thomas agreed with the ruling, but Scalia offered a concurring opinion with a separate rationale. Scalia objected to Sotomayor's nuanced view of domestic violence, calling it “at war with the English language.”

As a result of the ruling, people convicted of domestic violence can now be legally barred from possessing firearms, even in states like Tennessee where no proof of physical violence is required to support the charge. This could go a long way toward keeping guns out of the hands of domestic abusers.

“In our country, and in most states, the scales have been very, very heavily tipped toward the individual rights of gun owners,” Dr. Daniel Webster, director of the Johns Hopkins Center for Gun Policy and Research, told Salon in November while discussing the link between gun violence and domestic violence. “United States policy almost always gives the benefit of the doubt to the gun owner.

"There is no single risk factor that increases lethal outcomes in a domestic violence incident than an abuser’s access to a gun. And when we talk about categories of restrictions and who should be prohibited from owning guns, people should understand how there are many people who are ‘legal’ gun owners, but when you look at their background, their pattern of behavior is not consistent with this idea of the law-abiding gun owner,” Webster explained.

According to recent data, more than 60 percent of women killed by a firearm in 2010 were murdered by a current or former intimate partner; the presence of a firearm during a domestic violence incident increases the likelihood of a homicide by 500 percent.

The high court's ruling has broad implications, but in order for it to make a difference, states need effective gun laws on the books, particularly around imposing background checks and closing loopholes that allow offenders to obtain weapons through private dealers.