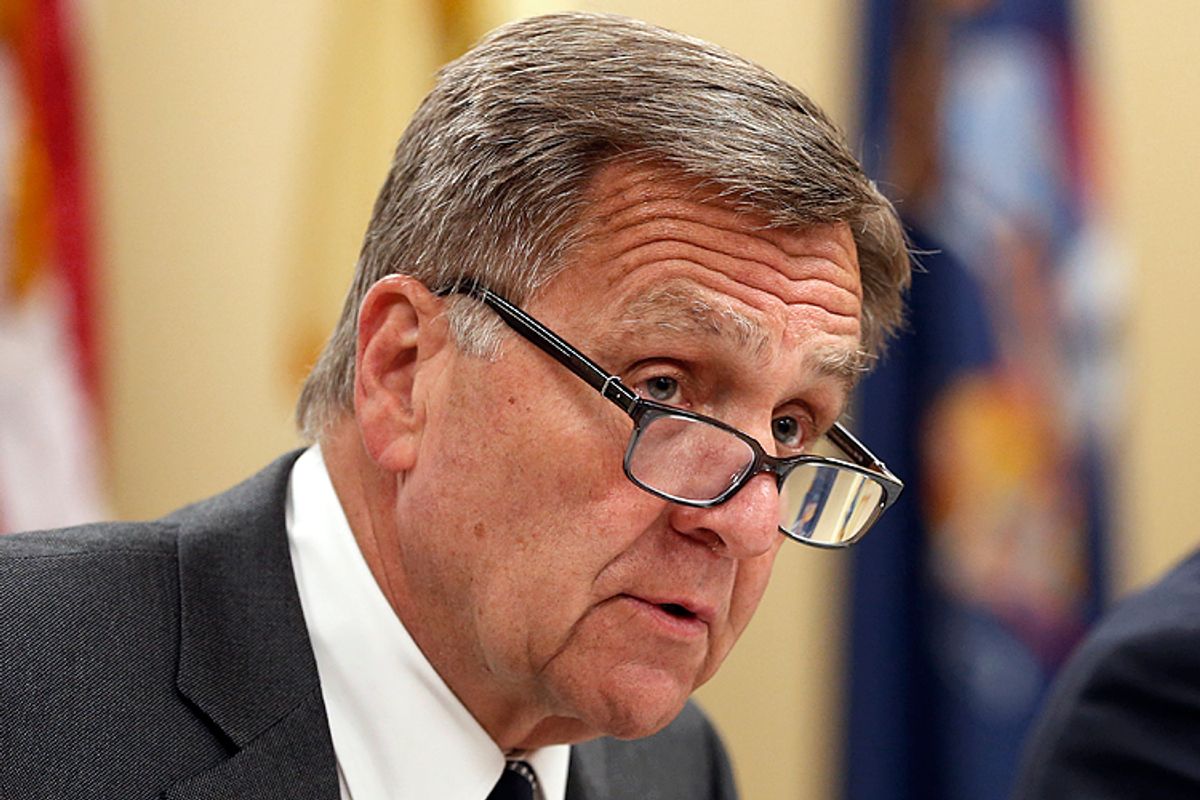 New Jersey Gov. Chris Christie announced at a press conference on Friday — his first in some 76 days — that his longtime ally and friend David Samson, who is also a former attorney general for the state, had decided to resign as chairman of the Port Authority of New York and New Jersey.

"Over the past months, I have shared with the Governor my desire to conclude my service to the PANYNJ," Samson said in an official statement. "The timing is now right, and I am confident that the Governor will put new leadership in place to address the many challenges ahead."

Christie said Samson told him of his decision over the phone on Friday. "...David tendered his resignation to me this afternoon effective immediately," Christie said.

Samson is reportedly being investigated by the U.S. Attorney of New Jersey for his practices while chairman at the Port Authority. His law firm, Wolff & Samson, has lobbied for businesses who have dealt professionally with the Port Authority during Samson's tenure as chairman.

In addition to Samson's role as chairman of the Port Authority as well as his relationship with his law firm, Samson has also been questioned over his role in the Bridgegate scandal that has rocked Christie and American politics in general.

A New York Times report has found David Wildstein, the former Port Authority official and Christie ally who was fired by the governor in the wake of the Bridgegate story going national, telling also-former Christie aide Bridget Anne Kelly that Samson was "helping us to retaliate" after New York officials at the Authority attempted to reopen the lanes Wildstein and Kelly had closed at the George Washington Bridge.