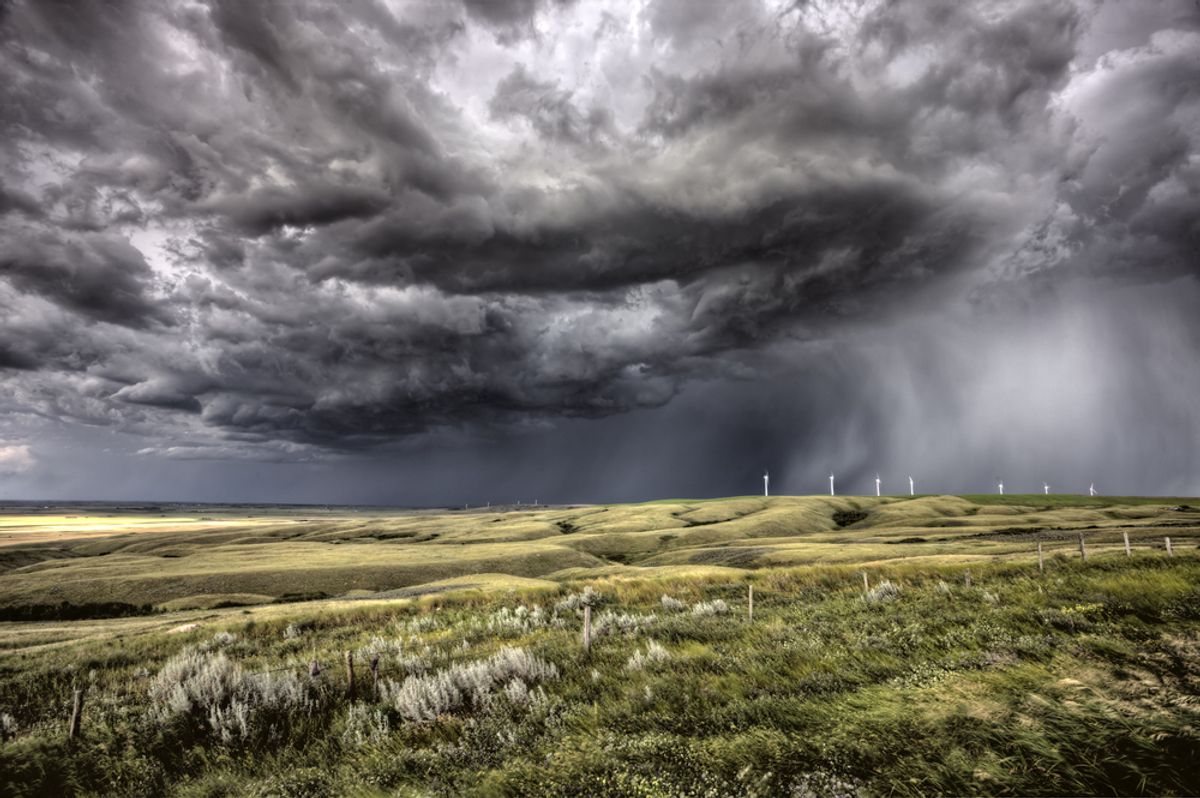 Hundreds of the world's top climate scientists are in agreement: Climate change is happening, we're already feeling its effects and it's only going to get worse. The newest report from the U.N. Intergovernmental Panel on Climate Change, released Monday morning in Japan (Sunday night ET), gives "the starkest warning yet" of global warming's impacts. In many ways, the effects are expected to be insidious and nuanced rather than apocalyptic: They'll increase by degrees, and worsen societal problems that we're already facing.

“Nobody on this planet is going to be untouched by the impacts of climate change,” Rajendra K. Pachauri, the panel's chairman, announced. And this is coming from an organization characterized as "highly conservative."

Last week, Salon spoke with Forbes Tompkins, of the World Resources Institute, for the broad strokes of what to expect; with the report's publication, we now have the specifics. As Tompkins warned, the details, which the report calls RFCs ("reasons for concern") are frightening -- the New York Times, pulling no punches, emphasizes that "the worst is yet to come."

The full 27-page summary for policymakers can be read here; below, just a few RFCs of particular concern:

1. The global economy is going to take a hit. "Economic losses due to climate change are difficult to assess," explains the Independent. The estimated range of global income loss from a temperature rise of about 2C is between 0.2 and 2 percent -- but losses, the report warns, "are more likely than not to be greater, rather than smaller, than this range."

2. Climate extremes put health -- and lives -- at risk. The report highlights the threats posed by natural disasters and overall changes to the environment:

Impacts from recent climate-related extremes, such as heat waves, droughts, floods, cyclones, and wildfires, reveal significant vulnerability and exposure of some ecosystems and many human systems to current climate variability (very high confidence). Impacts of such climate-related extremes include alteration of ecosystems, disruption of food production and water supply, damage to infrastructure and settlements, morbidity and mortality, and consequences for mental health and human well-being. For countries at all levels of development, these impacts are consistent with a significant lack of preparedness for current climate variability in some sectors.

Keeping to the theme of global warming exacerbating, instead of creating, problems, Mashable notes that most of the effects of climate change, at least through the middle of the century, will be to worsen preexisting health problems, rather than encourage the spread or emergence of diseases.

3. An increase in conflict and violence threatens global security. Adding hotter temperatures to the mix will exacerbate conflict, from civil wars to conflict between nations, the report warns. Climate Progress highlights these two warnings from the report:

"Separately, they are both worrisome," Climate Progress comments. "But together, they are catastrophic."

4. The quantity and quality of food will be affected. Modern Farmer summarizes the report's projections for global agriculture, which are less specific than in the past but more concerned than ever with the challenges of feeding a growing population in a warming world. Farmers, it notes, are already feeling the impact; not everyone will have an equal opportunity to adapt:

If you are a 21st century farmer, here’s where you want to be: somewhere cool with some cush crop insurance and government that is willing and able to help out. Having a wheat-based system would be best. Avoid the tropics, where even aggressive adaptation efforts might not do much good in combating higher temperatures, extreme weather volatility, droughts or rising sea levels if you are farming in a low-lying area.

And again, the higher the thermometer climbs, the greater the possible disparities in the adaptive capacity of regions: “…local warming of about 4 [degrees Celsius] and higher above pre-industrial levels is projected to result in differences between crop production and its population-driven demand becoming increasingly large in many regions (high confidence), thus posing very significant risks and challenges to food security.

5. The threats to wildlife are legion. The Guardian has a breakdown of the may ways in which the ecosystem is changing, from seasonal shift to a change in species range. The threat extends past individual plant and animal species, many of which face extinction:

The IPCC report documents the impact of climate change not only on just species, but entire biomes and ecosystems. The high northern latitudes are warming more rapidly than other parts of the Earth, with climate models predicting a northward shift of Arctic vegetation that will see the boreal biome (coniferous forest across North America and Eurasia) migrate into what is currently tundra (treeless plains of the Arctic). This shift is being marked by evergreen trees, which have increased their growth at the margins of the tundra while simultaneously dying off at the southern limits of the boreal forest in recent decades. The loss of the treeless tundra will greatly reduce suitable habitat area for species such as the Siberian crane, which requires open ground to nest.