If I hadn't been treated for alcoholism, I never would have gotten help for my other debilitating condition -- ADHD 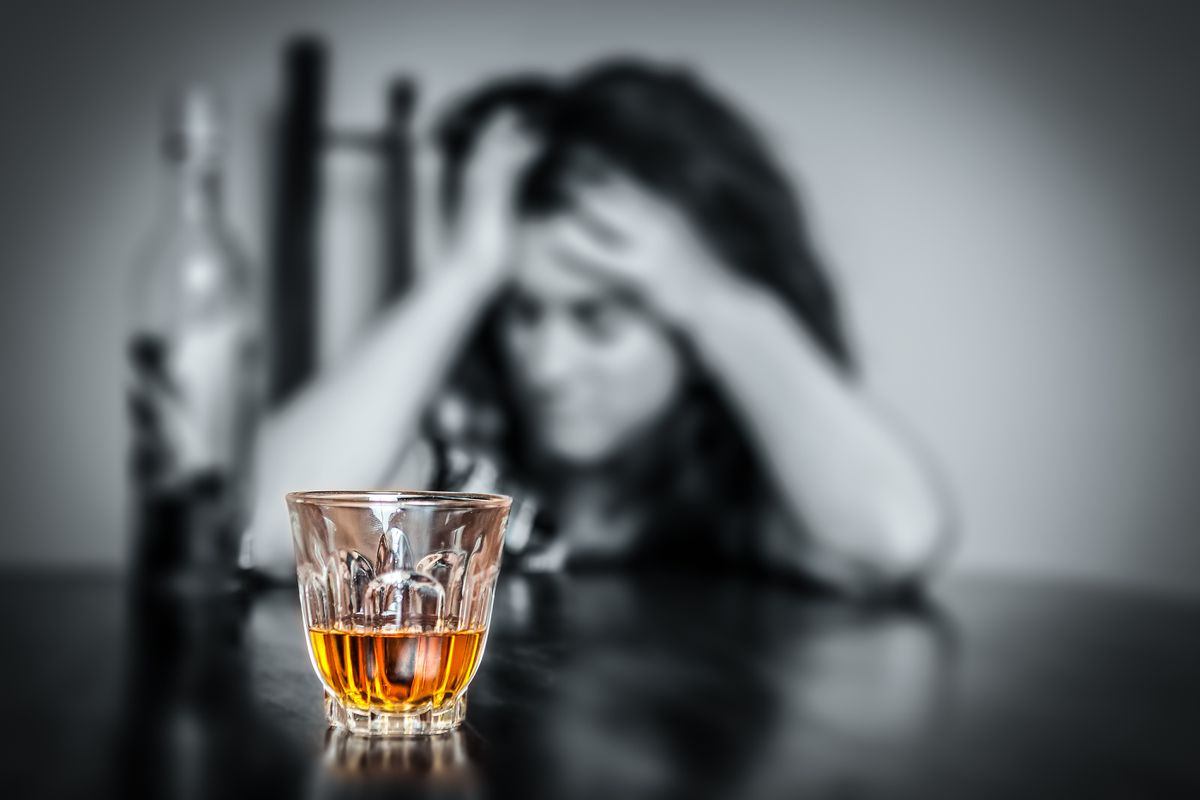 Sometimes I’ll check out in the middle of a conversation: I’m making eye contact, nodding my head, but my brain just shuts down.

In these moments, I’m trying to listen but I can’t. My ADHD strains my relationship and has alienated friends. Sometimes I’ll blurt out what I’m thinking and it comes across as rude. I’m often late. I dabble in things—activities, relationships, career paths—sometimes offending people with my inconsistency.

I have a thinking problem. I also have a drinking problem. And if it weren’t for my recovery, I may never have gotten the help I needed for my ADHD. It still feels like a miracle that I can get anything done—like completing this piece, for example.

The problem started around fourth grade. I was an indoor kid, plagued by that “anxious apartness” typical of a future alcoholic. I felt both superior to, and fearful of, my seemingly well-adjusted classmates. To make matters worse, my parents moved around a lot, so I was always the new kid.

A lot of alcoholics say that fantasy was their first escape. I spent hours building fairy houses out of mud in the backyard, reading, drawing and daydreaming. I was resourceful and productive—except when it came to my homework. When parent-teacher conferences came around, I was never “working up to my potential.” Assigned a tutor, I grudgingly proved to her that I could solve the problems. “She knows how to do it,” the tutor reported. “She just won’t.”

A few boys in my classes were diagnosed with ADD, but it wasn’t like today, where it seems every other child is medicated. No one ever suspected I might have ADHD.

In my teens, I fell in with the artists, queers, punks, theatre kids and stoners, and immediately cottoned to alcohol, cigarettes and marijuana. I was constantly getting kicked out of my art history class for interrupting the teacher—I got an F in the class but a high score on the exam. I took the SAT test drunk, but my reading and writing scores were almost perfect.

Not by accident, I ended up going to one of the top party schools. College was a blur of psychedelics, cocaine, irresponsible sex, binge drinking and an attitude of “D for diploma.” I graduated by the skin of my teeth.

I moved to New York City, worked in an office, made money and felt like I’d “arrived.” But three years of black-outs and bad decisions later, I hit a spiritual and emotional rock bottom. I’d always wanted to be an artist and musician, but all I’d done was talk about my dreams while sitting on a barstool. Just as my elementary school teachers had astutely pointed out, I wasn’t “working up to my potential.”

So I gave myself a second chance. With the help of 12-step meetings, I got sober.

Life then improved quickly: I got a better apartment, lost some of my booze-bloat, made new friends, experienced the temporary “pink cloud” euphoria. Even hour-plus recovery meetings held my attention, as people shared crazy drunk stories and feelings I could relate to.

But when I had about a year, I knew something wasn’t right. After my pink cloud faded, I started drifting off in meetings. Even the most engaging stories couldn’t hold my attention. I tried sitting in the front row. I sat on my hands. I drank more coffee. It didn’t help.

Back when I was drinking, my hangovers worked as a kind of ADHD solution. With the room spinning and my head throbbing, my thoughts were dulled enough for me to deal with what was in front of me. I was self-medicating. ADHD is comorbid with many psychological conditions, and I live with anxiety, depression and low self-esteem. Alcohol and drugs would help shut these down—for a while—but then they’d flare up again with a vengeance.

Now, without my previous drugs-and-booze regimen, I tried to manage my ADHD with structure and ritual: plenty of sleep; morning prayer/meditation/writing; exercise, caffeine; calling my sponsor, step-work, talking to newcomers; therapy, eating a balanced diet with less sugar and gluten. But just as I couldn’t manage my alcoholism, I couldn’t manage my frenetic brain on my own.

It can be difficult in AA for those of us with a dual-diagnosis. Twelve-step slogans and dogma—though useful for alcoholism—don’t always apply to other mental health issues. And some suggestions, however well-intentioned, are misinformed.

I once heard an old-timer say, “Everyone’s ADD! See how you feel when you have five years.” That attitude is alienating for those of us who cannot clear the static on the radio dial. It’s like telling a depressive to “snap out of it.” I am now a month shy of five years sober—and I still have this thing.

The first time I sought treatment for ADHD felt similar to the rock bottom that had driven me to get sober. Again, I wasn’t “working up to my potential”—this time in an office. I couldn’t sit still or focus, on work or outside projects.

I was prescribed Adderall, which at first made me feel like I’d just blown a line of coke, then turned me into a zombie. I could focus, but I was miserable. I lost my appetite and felt light-headed. I was taking my pills as prescribed, but I didn’t feel sober. I even thought about selling my pills to my co-workers—not the most sober of thoughts. I was scared the pills were driving me closer to a drink, so I stopped taking them.

I went to a few quack doctors. One asked me about my love life and told me to drop acid and move to Montana. Then he played me this Frank Zappa video. It didn’t help.

I checked out an adult ADHD support group, but it was hard to sit through. Unlike 12-step meetings, these dragged on with no clear end time and tons of cross-talk. People talked over each other, interrupted, went on tangents. It was exhausting, and worst of all, it made me wonder, Am I like that? Is this how I seem to other people?

But if there’s one thing I’ve been able to focus on, it’s seeking a solution to my ADHD. Today I take 150mg of time-release Bupropion, the generic form of Wellbutrin. It was suggested by a couple of ADHD friends in recovery, and my psychiatrist agreed to let me try it.

The first three weeks of side effects were hell. I felt like my skin didn’t fit, and spent one day yawning constantly. I felt an uncomfortable physical tension and weirdness. But then the pills began to work. I felt like a machine, but in a good way—not robotic like with Adderall, but productive. I published my first article and read Anna Karenina cover-to-cover. My friends and family noticed that I had become more present.

Some 12-step groups frown on medication, but for me, it’s vital. Thanks to the tools of recovery, I have the clarity to know that the 12 Steps alone won’t solve all my problems—but they helped point me to the help I needed. I’m not cured of ADHD any more than I’m cured of alcoholism, but I’ve learned to live with them both. And while I’m far from perfect, I’m proud to say I can be on time for things today; I have a job I love; I have a creative and spiritual life. I listen.