The secret is out: U.S. built "Cuban Twitter" to stir up political unrest 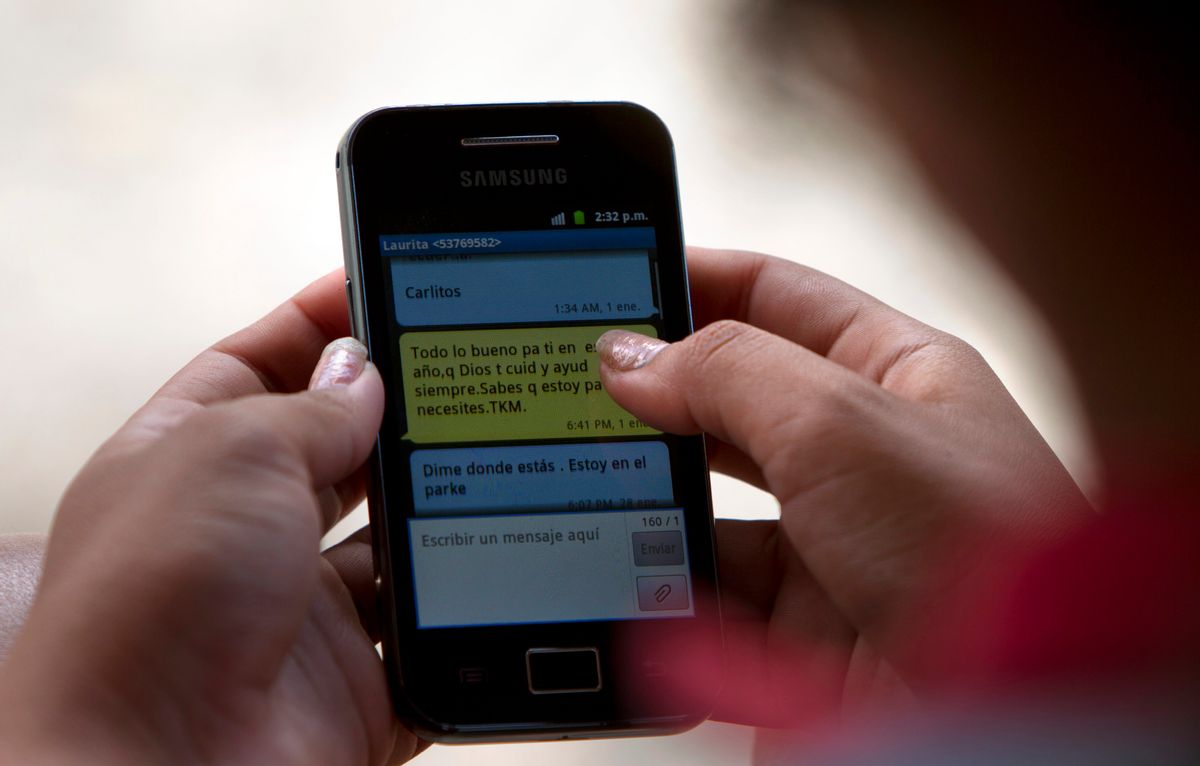 In this March 3, 2014, photo, a woman uses her cellphone in Camajuani, Cuba. The U.S. Agency for International Development masterminded the creation of a "Cuban Twitter," a communications network designed to undermine the communist government in Cuba, built with secret shell companies and financed through foreign banks, The Associated Press has learned. The project, which lasted more than two years and drew tens of thousands of subscribers, sought to evade Cubas stranglehold on the Internet with a primitive social media platform. Its users were neither aware it was created by a U.S. agency with ties to the State Department, nor that American contractors were gathering personal data about them. (AP Photo/Franklin Reyes) (AP)
--

An investigative report done by the Associated Press revealed that for two years the U.S. Agency for International Development ran a "Cuban Twitter" social media network, whose intent was to propagate dissatisfaction with the the Cuban government. Known as ZunZuneo -- which is Cuban slang for a hummingbird tweet -- the system used SMS (or text messages) to get around Cuba's extraordinarily strict Internet regulation.

USAID is generally known for delivering humanitarian aid to the international community, not engaging in covert missions to overthrow governments. Yet, USAID spokesman Matt Herrick maintains that this action was within humanitarian goals. He told the Associated Press:

"USAID is a development agency, not an intelligence agency, and we work all over the world to help people exercise their fundamental rights and freedoms, and give them access to tools to improve their lives and connect with the outside world. In the implementation, has the government taken steps to be discreet in non-permissive environments? Of course. That's how you protect the practitioners and the public. In hostile environments, we often take steps to protect the partners we're working with on the ground. This is not unique to Cuba."

Sophisticated means were used to keep the Cuban government from detecting the U.S. government origins of the "Twitter-like" program. According to the Verge, USAID used shell companies and offshore bank accounts in the Cayman Islands to cover its tracks. In order to look authentic, the home page for ZunZuneo had fake banner advertisements.

Using a list of hundreds of millions of telephone numbers given to USAID by a contact at Cuba's state-run television netowrk, Cubacel, the organization could blast out innocuous text messages on topics like soccer. The target was younger Cubans, and at its critical mass there were 40,000 users, according to the Verge. Once there were enough ZunZuneo users, they would begin to send more politically charged messages. There was also a companion website, which the Associated Press reported was so users could "subscribe, give feedback and send their own text messages for free."

The Associated Press also reports that users liked the system. University of Havana journalism students Saimi Reyes Carmona and Ernesto Guerra Valdes both signed up. Guerra said it was "marvelous" and called it "the fairy godmother of cellphones."

The messages ran through servers in two countries, but not the U.S. Also according to the Associated Press, they tried to recruit "unsuspecting executives who would not be told of the company's ties to the U.S. government," to head the project. A for-profit Washington, D.C.-based company, Creative Associates International, was also involved, along with a Denver-based company, Mobile Accord Inc.

The goal of the mission was twofold. Noting the role that SMS and Twitter played in creating political uprisings in the Philippines and Iran, USAID saw ZunZuneo as another foreign policy tool in their arsenal. The AP obtained documents showing the USAID goal was to "push it [Cuba] out of a stalemate through tactical and temporary initiatives, and get the transition process going again towards democratic change." The message system also collected data on users through polls that were blasted out to users.

In a Mobile Accord Inc. memo acquired by the Associated Press, project managers reiterated, "There will be absolutely no mention of United States government involvement. This is absolutely crucial for the long-term success of the service and to ensure the success of the Mission."

The mission ended in 2012 due to the immense cost, yet the legality of it existing in the first place is dubious. According to the Associated Press, a covert operation like this would need presidential authorization and congressional notification. As of now, we do not know if either Congress or the president was aware of the operation. Sen. Patrick Leahy, D-Vt., told the Associated Press:

"There is the risk to young, unsuspecting Cuban cellphone users who had no idea this was a U.S. government-funded activity. There is the clandestine nature of the program that was not disclosed to the appropriations subcommittee with oversight responsibility. And there is the fact that it was apparently activated shortly after Alan Gross, a USAID subcontractor who was sent to Cuba to help provide citizens access to the Internet, was arrested."

The United States' involvement in Cuba seems like a time warp back to the Cold War. U.S. relations with Cuba had been improving, especially since Fidel Castro stepped down and his brother Raul Castro took over. Market-based economic reforms have been put in place, and some travel bans were lifted in 2011 by the Obama administration.