Robonaut will see you now: NASA building robotic doctors to operate in space

Robonaut's current duty is to clean, but in the future the robot will be able to give shots or even operate 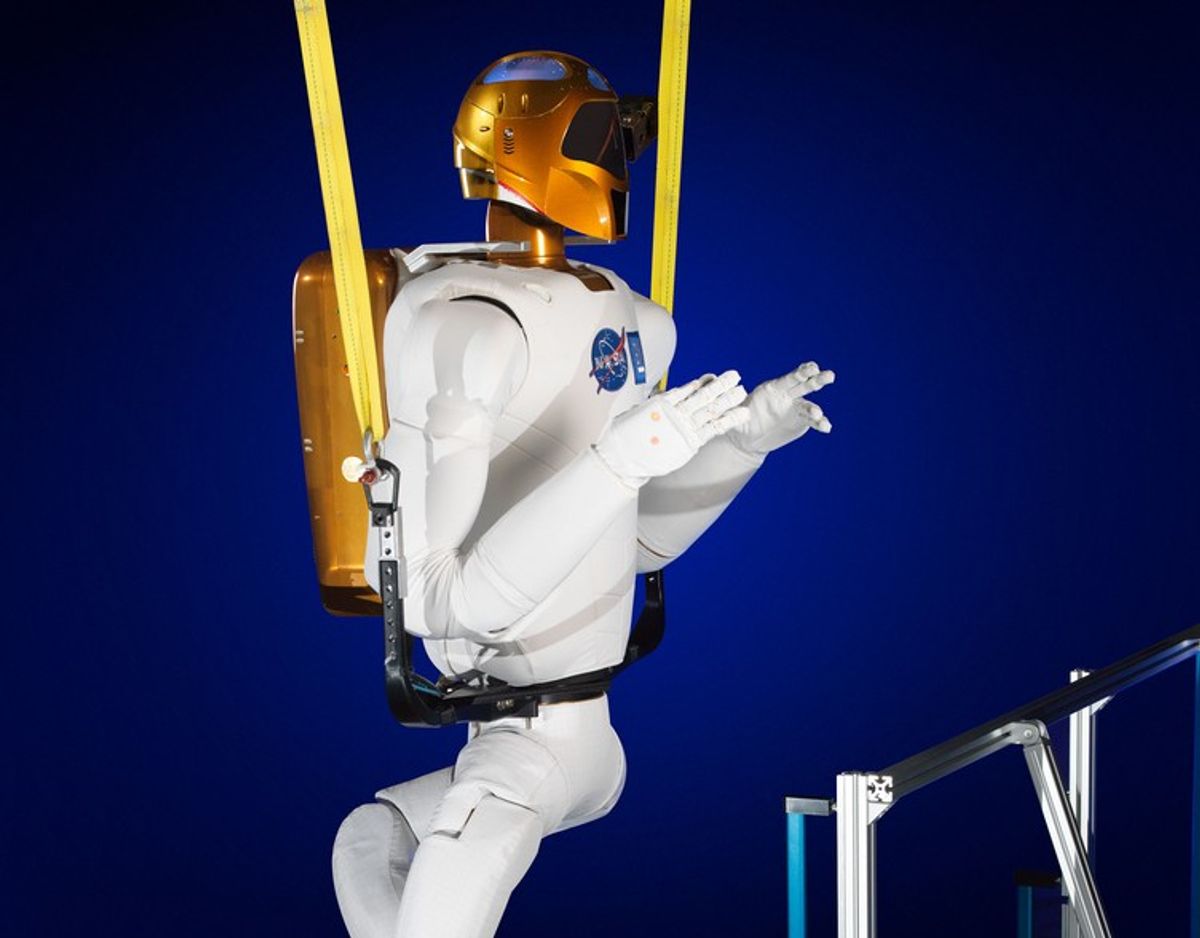 The U.S. Navy is toying with shipboard robotic firefighters, but NASA is looking even further into the robo-future with into robotic space doctors.

Robonaut, as the robot is known, would be used as a telemedicine doctor for remote areas, like space. Doctor Zsolt Garami of the Houston Methodist Hospital told BBC, "The idea is for him to be the best medic, nurse and physician."

There are currently four versions of the robot, one of which is posted at the International Space Station, and according to BBC more are in the works.

In space, sadly, Robonaut 2 is far from its final goal. It cannot yet walk in zero gravity and thus far its most exciting achievement has been to catch a roll of duct tape. The android currently only has a torso, head and arms. It serves as the space station's cleaner, and also monitors air flow in the space station's vents.

When its legs arrive in an upcoming supply mission, Robonaut will learn to walk, clean handrails and do other mundane tasks. According to the NASA, its feet have cameras in them so it knows where it is going. The legs also have seven joints and have a leg-span of 9 feet. The legs will give it the ability to walk in space as well -- which it can do once its torso has been upgraded.

Ron Diftler the Robonaut project leader says, "The robot has to earn its stripes."

On the ground, a different version of Robonaut is learning to use an ultrasound to take a pulse in the neck of a dummy. After it masters taking pulses, it will learn how to give shots.

A ground control crew using a virtual reality mask and gloves can remotely control Robonaut 2 when it is in space, or via keyboard controls on a laptop.

The android has two high-resolution cameras for visible light, for eyes an infrared camera for a mouth, and two back up light cameras. Operators wearing the virtual reality set can see what the robot "sees." Its "brain" or series of powerful computers, is located in its stomach. Tiny sensors allow it to touch.

The biggest drawback of telemedicine is the possibly deadly time lag; even a several second delay could alter the depth of Robonaut's incision. There are ways around this including having astronauts in the space station at the controls, or creating an automated system for the robot to perform surgeries on its own.