NOM president Brian Brown is seeing a rise in "anti-Christian" bigotry, which is just a rise in LGBTQ rights 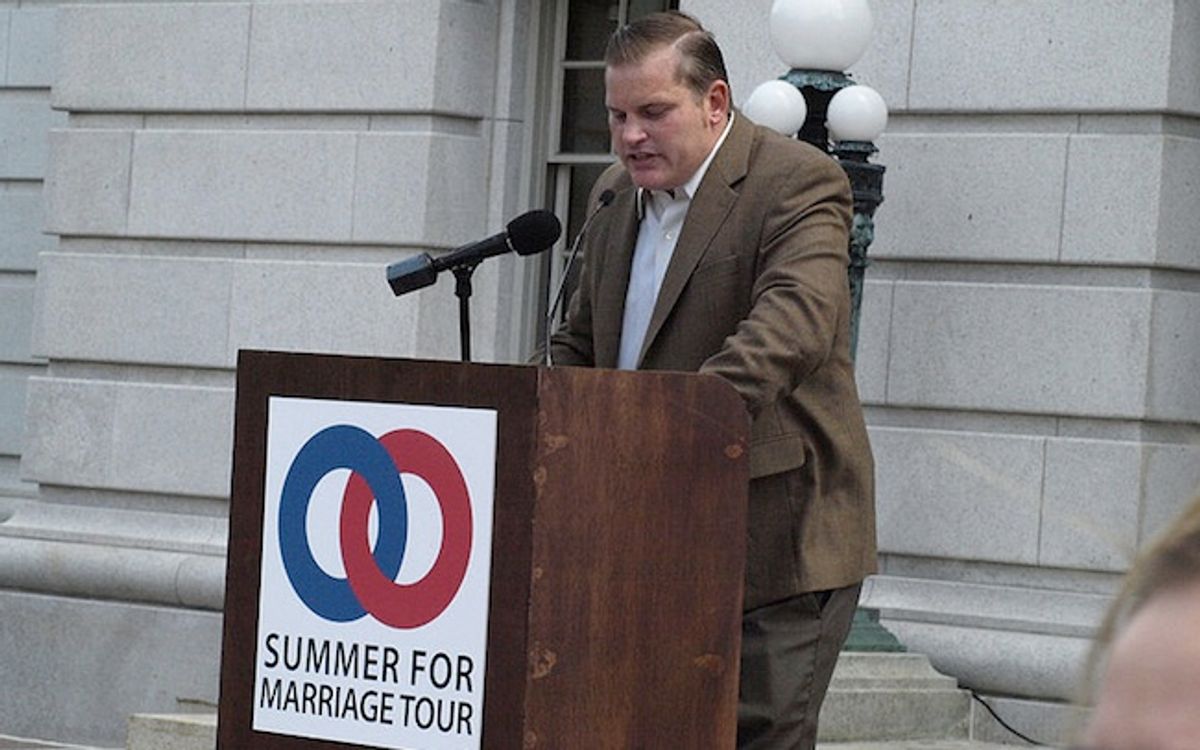 In lamenting the demise of Arizona's anti-LGBTQ discrimination bill and recent victories to secure other basic protections for LGBTQ individuals, National Organization for Marriage President Brian Brown encouraged his fellow bigots to try to change the frame on these debates by accusing LGBTQ rights advocates of pushing “anti-Christian bigotry”:

So, when [LGBTQ people and their allies] bring up discrimination, we need to turn it on its head and say, this is about anti-religious, specifically in some cases, anti-Christian religious bigotry, and there’s no place for this in this country. The discrimination is there, but right now what’s happening is the discrimination is coming from those that want to punish, repress and marginalize individuals and organizations that stand up for their religious beliefs.

Referencing a New Mexico photographer who refused to shoot a gay couple's commitment ceremony (the Supreme Court refused on Monday to hear her case, probably because of anti-Christian bigotry), Brown said, "Whether it’s being forced to photograph a ceremony that you don’t agree with, forced to create a same-sex marriage wedding cake that you don’t agree with, whatever it is, that’s a very different thing than saying this is somehow Jim Crow all over again. In fact, it’s the reverse."

But not every person of faith shares Brown's bigoted paranoia.

Kansas state Rep. Louis Ruiz, a practicing Catholic, is the sponsor of a LGBTQ rights protection bill in his state. A month after his colleagues floated a proposal to enshrine anti-LGBTQ discrimination into state law, Ruiz introduced a counter measure, asking his colleagues, "What’s our message when we have these type of discriminatory bills that come out at either the federal or the state level? We’re defeating our own purpose as a country that wants to be inclusive. To me, this is a no-brainer."

Ruiz said at the time that he believes his own faith is well protected, and wants to see those protections extended to others: “If you look at the bills that people are trying to pass that would permanently enshrine open discrimination against gay and lesbian Kansans, can you think of a better reason why we should introduce something [like this LGBTQ anti-discrimination bill]?”