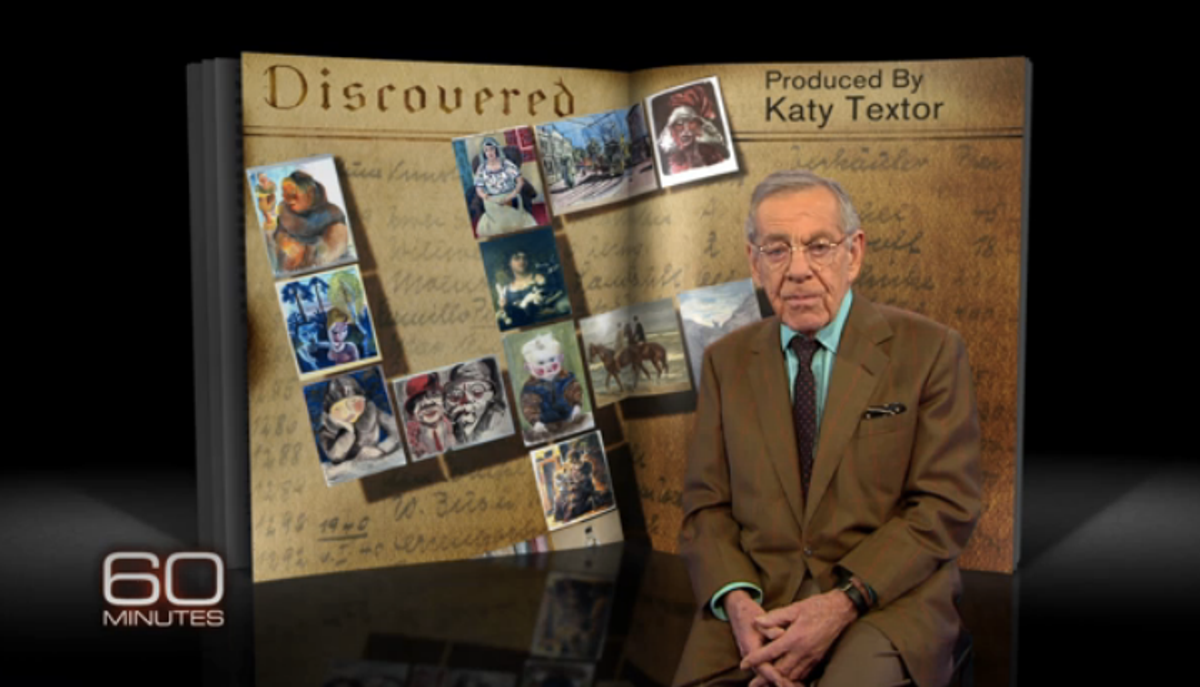 On Feb. 28, 2012, German police raided the apartment of 80-year-old Cornelius Gurlitt, where they discovered 1,400 paintings by masters like Picasso, Matisse, Chagall, Franz Marc and Otto Dix. Thought to be lost or destroyed, the paintings were stolen from museums and Jewish-owned galleries and collectors during WWII when the Nazis declared the art degenerate. Gurlitt's father, Hildebrand Gurlitt, was the art collector the Nazis entrusted to acquire it.

The discovery of the stolen art has launched a legal debate in Germany, reports "60 Minutes," about who rightfully owns the paintings and what should be done with them. Hannes Hartung, one of the lawyers who represents Gurlitt, elaborates:

"Hildebrand Gurlitt wasn't completely innocent. That's for sure. And not there are cases we will deal 'em in a fair manner because you know, under German law, morality has nothing to say. This-- no, I'm sorry to tell you, but the German law, it's a law which has not been made for the horrible outcome of the Third Reich and all that happened. So now what we are talking about now is about morality and how to deal with moral responsibility.

German law puts a 30-year statute of limitations on stolen property so the works -- by law -- remain the property of Cornelius Gurlitt. As for the art itself, authorities won't explain why they kept the discovery a secret for nearly two years."

But, as "60 Minutes" host Morley Safer explains, "What a lot of people might wonder is there's nothing to negotiate here. These paintings were-- either belonged to German museums, and should go back to those German museums, or to Jews who owned collections and were forced to sell them."

"60 Minutes" reports that Gurlitt "is close to an agreement" with the German police, and that "he has agreed to give up paintings proven to be stolen and will retain the rest."