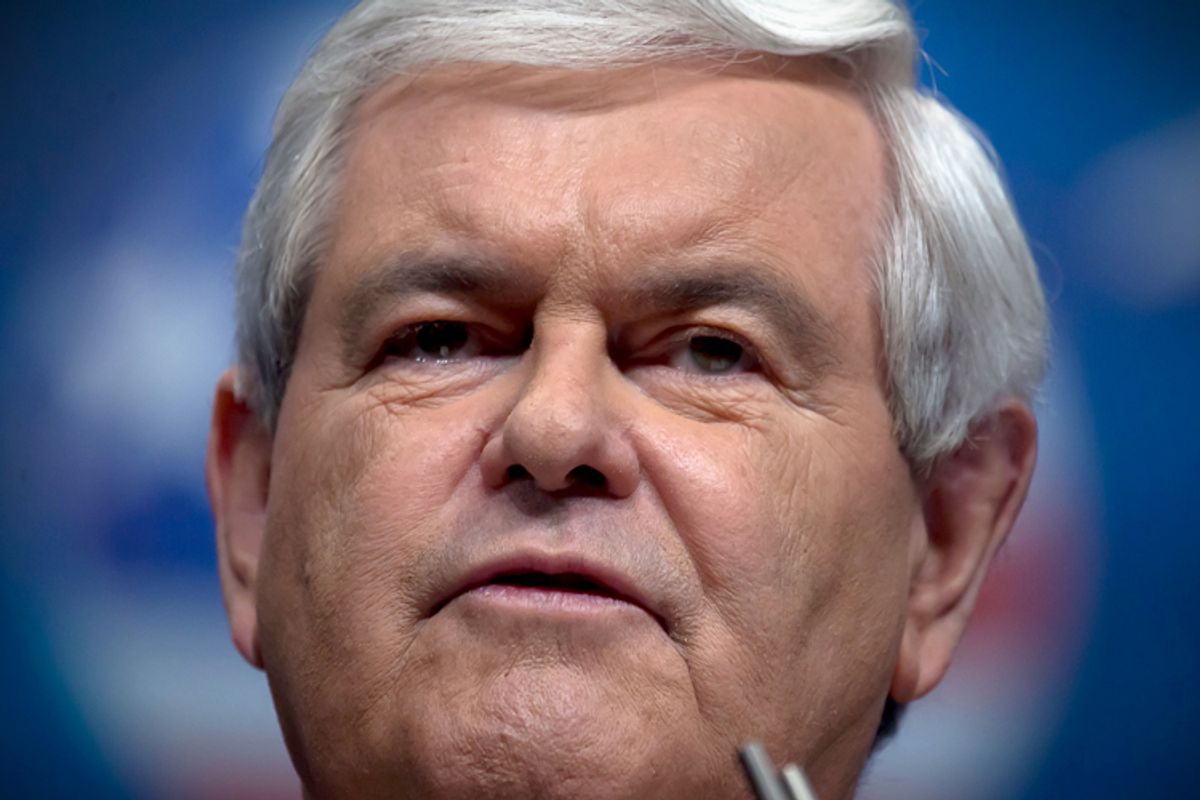 Speaking on ABC's "This Week" on Sunday, former Republican Speaker of the House Newt Gingrich, now a pundit and CNN talking head, claimed that the Supreme Court's recent, controversial campaign finance decision didn't go far enough and that all limits on political donations should be lifted in order to "equalize the middle class and the rich."

Noting that the court's 2010 Citizens United ruling had fundamentally shifted the government's balance between protecting free speech rights and upholding the legitimacy of the democratic process, Gingrich praised the court's recent decision and the general trend of recent years toward deregulation. Now all the court needed to do, said Gingrich, was go even further.

"The next step is the one Justice Clarence Thomas cited," Gingrich said, referring to a Thomas claim that Roberts should've gone further. "[C]andidates should be allowed to take unlimited amounts of money from anybody," Gingrich continued. "And you would, overnight, equalize the middle class and the rich."

Gingrich never explained how allowing a billionaire to devote an unlimited amount of his wealth to electing a politician will "equalize" him with "the middle class." Whether he meant "equalize" in the sense that a homeless person and a wealthy person are both "equally" barred from sleeping under a bridge is unknown ... but probable.