Must-see morning clip: Sorry, NCAA, but why is unionizing a bad idea?

Jon Stewart exposes the hypocrisy behind the policies of college sports 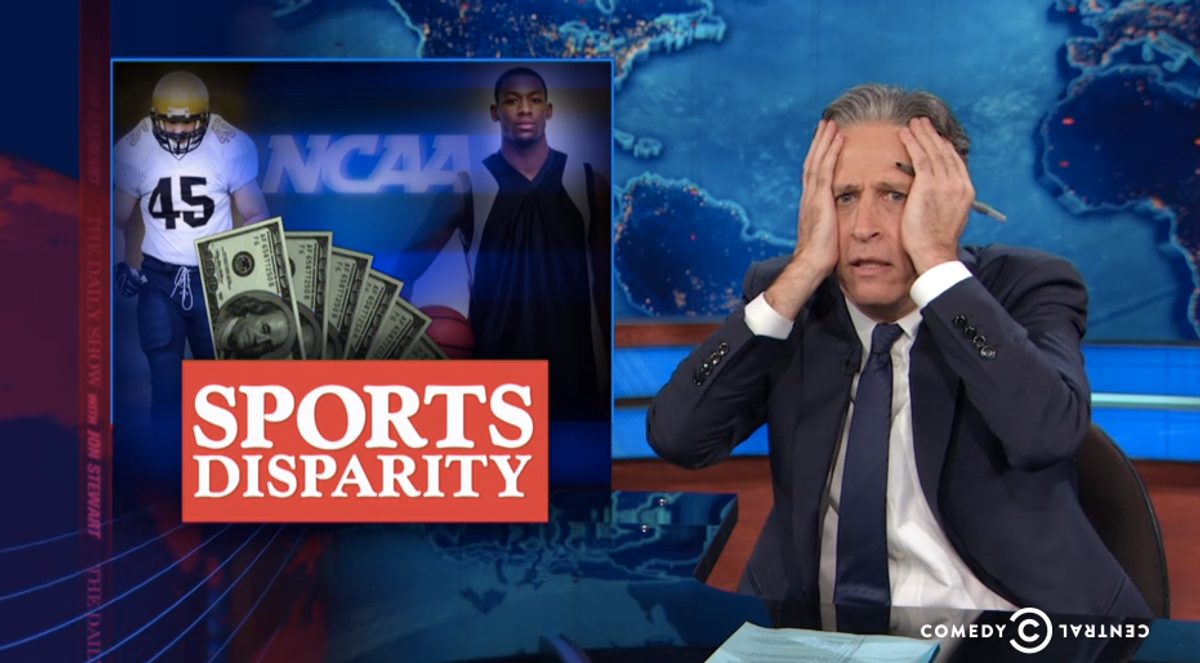 Upon the close of March Madness, Jon Stewart has taken some time to reflect on the exploitation of college sports, an industry that generates billions of dollars off the backs of student athletes, who see virtually none of that money.

This may be changing, however, as football players at Northwestern, who spend 50-60 hours a week on football, not academics, have won recognition as employees by the National Labor Relations Board in Chicago.

Of course, the NCAA and Northwestern don't want athletes to unionize, insisting their athletes are in college to learn and study. Stewart rips this falsehood apart: "While many big time college sports schools have made a mockery of academic standards for athletes, in order to continue to compete at the highest levels, creating no-show classes, predetermined majors and grades to maintain the illusion of academic compliance -- point taken."

"We like our exploitative, overwhelmingly financially advantageous, to us, draconian collegiate model!" Stewart said, mocking the NCAA. "I mean, you know the expression: If they're broke, why fix it?"