My Orthodox exodus: When I left my community, I discovered myself 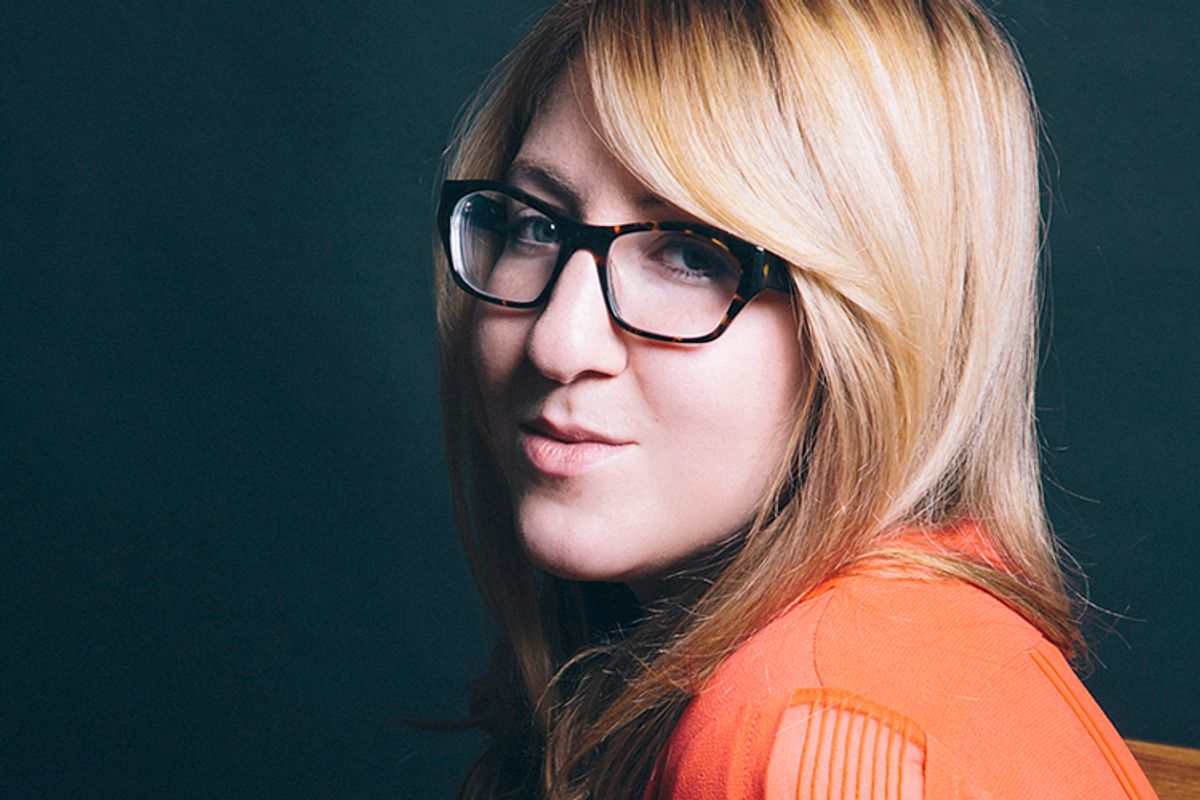 A photo of the author (George Baier IV)
--

Until I was 25 years old, I believed that Passover was about liberation. I had left my Hasidic community three years earlier, and when I received my divorce judgment on the eve of Passover in 2012, I reflected on the irony of celebrating my freedom from an arranged marriage while celebrating the deliverance of the Jewish people. I thought Passover would always be a day when I looked back at how far I had come since I left my ill-fitting life behind.

As a child, I viewed Passover as an ordeal. I was required to stay awake until the very end, which often coincided with the sunrise, and it was rare that food was served before midnight. Like the other women and children at the table, I was expected to mutely follow the progress of the men as they conducted one painstaking ritual after another, up until the moment when my grandfather paused to catch the attention of the children nodding into their empty plates. We watched as he made a show of folding pieces of homemade matzah into a white damask napkin, tying the ends together before throwing the bundle over his shoulder, at which point all of us children rose sleepily from our chairs to hold hands and follow him in a slow shuffle around the dining room. This reenactment of Exodus was an annual tradition, and the only time I ever witnessed my grandfather taking the time to interact with children. The central tenet of Passover is to relate the story of the Exodus to the young, and so not even the sleeping newborns were exempt; they followed him in the arms of their mothers.

After my grandfather finished his march he resumed his place at the head of the table, looking resplendent in his white kittel, and held the matzah in his hand. He spoke of the thin potato gruel that had sustained him during his stint of forced labor in the Hungarian army. But although he repeated this story each year, in my fatigue and hunger I must have missed the point. I thought he was drawing a comparison between the story of Passover and his own liberation from enslavement. But rather, he was reflecting on those early years, when he had struggled to rebuild his life from ruins, when God had led him, through the miracles of stolen passports and false credentials, across the Atlantic ocean to the new world waiting on the other side. It was here, after years of uncertainty, that he found a sense of consolation and promise in the words of the Satmar Rebbe, and joined in the effort to build a new home for the surviving Jews of Hungary.

My grandfather insisted that because of his experiences he could especially identify with the Jewish slaves who made it to the Promised Land, and that through our connection to him we could do the same.  He conceded that the God who had liberated our ancestors with great showmanship had not ushered them via express route to Canaan, but though he dragged them through the desert for 40 years, he performed miracles to sustain them along the way, in the hope that their faith in him would strengthen over time, and that their new identity would inform a consciousness still heavily influenced by an oppressive past. And he did deliver on his promise, my grandfather told us, and while we might never understand the reason for the delay, all that mattered was the happy ending.

Like those newly freed slaves, neither did I expect to wander for so long after leaving the world I grew up in, feeling lost and homeless in a way that rattled me to the core. A year ago I nearly skipped the holiday completely, feeling that the life I had dreamed of was still unattainable. But Passover found me at a table in Paris with Jews and Gentiles alike, each with diverse backgrounds and pursuits, digging into plates of “Le Cheeseburger” and red wine. The stream of energetic and multilingual conversation was punctuated at intervals by loud laughter. Bruno, a Frenchman with a mop of white hair, leaned in to share with me an observation that I found somewhat unnerving at first.

“I’ve always felt that the religious laws of Kosher and Halal are a form of violence,” he said, “however passive they may seem, for there is a basic violence inherent in separating people from your table. The table,” he insisted, as most Frenchmen will, “is the common ground for all humans. To bar others from it is to violate your own humanity.”

I was surprised by how comfortable Bruno felt about expressing such a brazen and politically incorrect opinion, and contended that the wine might have helped, but I wasn’t entirely sober myself, and couldn’t offer an easy response. Instead, I looked around at the vibrant, epicurean group seated at the table, each diner with the personal story of wandering that had brought them there on that night in a serendipitous intersection of journeys. Although there was no ritual to mark the occasion, I felt suddenly that there was a ceremonial significance in the meal we shared. And I realized that perhaps Passover is not so much about the moment in which we break our bonds, but about what follows: the long, slow haul toward a new future.

I see that future in my son, who told the Passover story to his classmates when African-American slavery was taught in his second grade history class. His teacher told me that he seemed so proud to share his unique perspective; it was the first time some of his peers had heard about the holiday. When the children were asked to talk about people in their families who had exhibited bravery under difficult circumstances, my son told the story I’ve told him so many times, of how my grandparents survived the war, and how their grief trickled down through two generations. “I think my mom is brave because she learned how to be happy,” he said. “Even when everyone around her was sad all the time.” Yet to me, the miracle lies in my son’s joyous disposition, in his fearless curiosity and uncomplicated affections. It amazes me that I am the link between him and my past, for the two are irreconcilable in my mind.

As I prepare to celebrate my fifth Passover outside of the Hasidic community, I’m finally ready to honor my own Exodus, the greatest of stories that is a metaphor for every human struggle, Jewish or not. This year I will share my table with other misfits and refugees who know what it is like to walk blindly toward the promise of home, and have experienced the unique fear and joy that come with that kind of freedom. Their companionship and support have made my journey less of a struggle, and more of an adventure. And though my own march may seem far removed from my grandfather’s, I sense the well-trodden footsteps of my ancestors in the path that lies before me. We may strive for different ends, but our longing for home is universal, and it is wonderful to share that road with others, instead of going it alone.