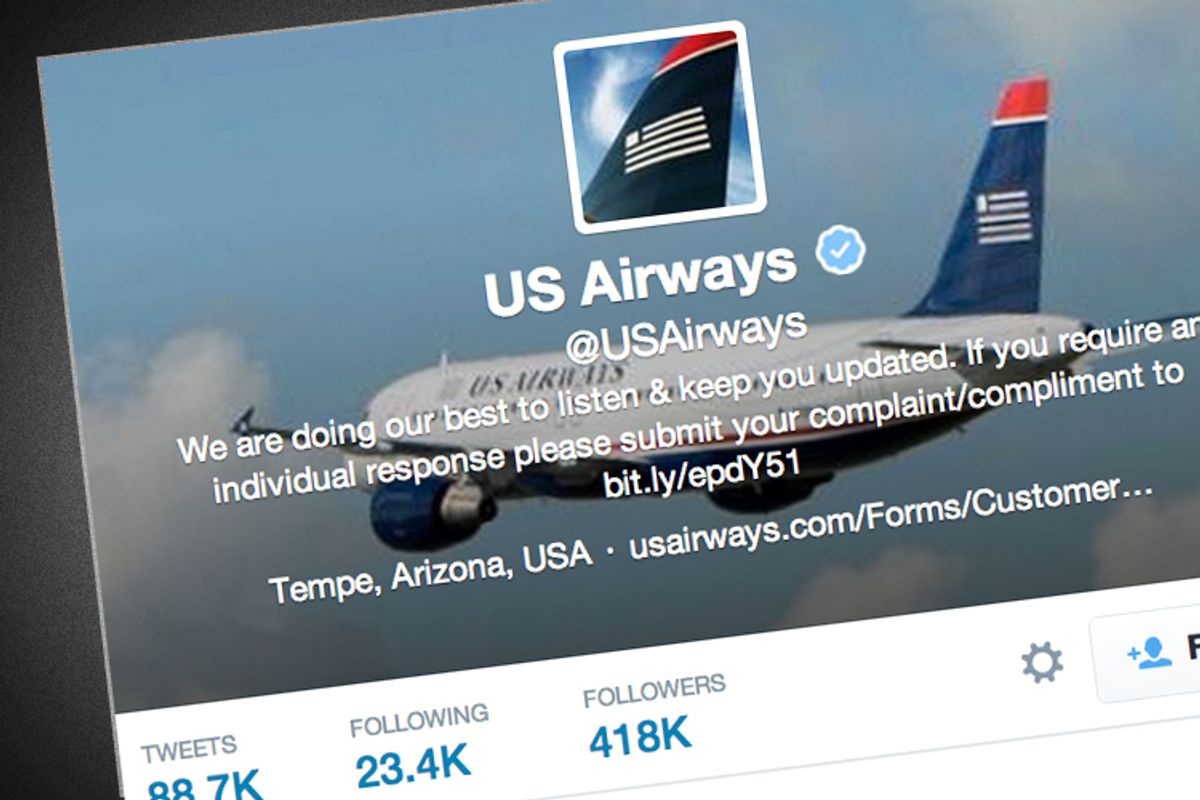 US Airways deleted the tweet seconds after it was posted, but not before a viral uproar broke out on Twitter. But no worries, the Internet never forgets. WARNING: The following link contains pornographic imagery! I mean seriously, NOT SAFE FOR WORK. But if you really must, it's here. I don't recommend it.

US Airways has apologized and is "investigating."

Someone will almost certainly be fired. How this possibly could have happened will no doubt be fodder for deep rumination about the potential dangers of brand engagement with social media. One slip, and a marketing image that costs millions to create is annihilated. The best case scenario here is that a hacker exploited the "Heartbleed" security vulnerability to grab US Airways' Twitter password and posted the pic as an act of maliciousness.

And when that's your best case, your brand management team is going to have a bad day.