More evidence that natural gas drilling, as practiced, is a significant contributor to climate change 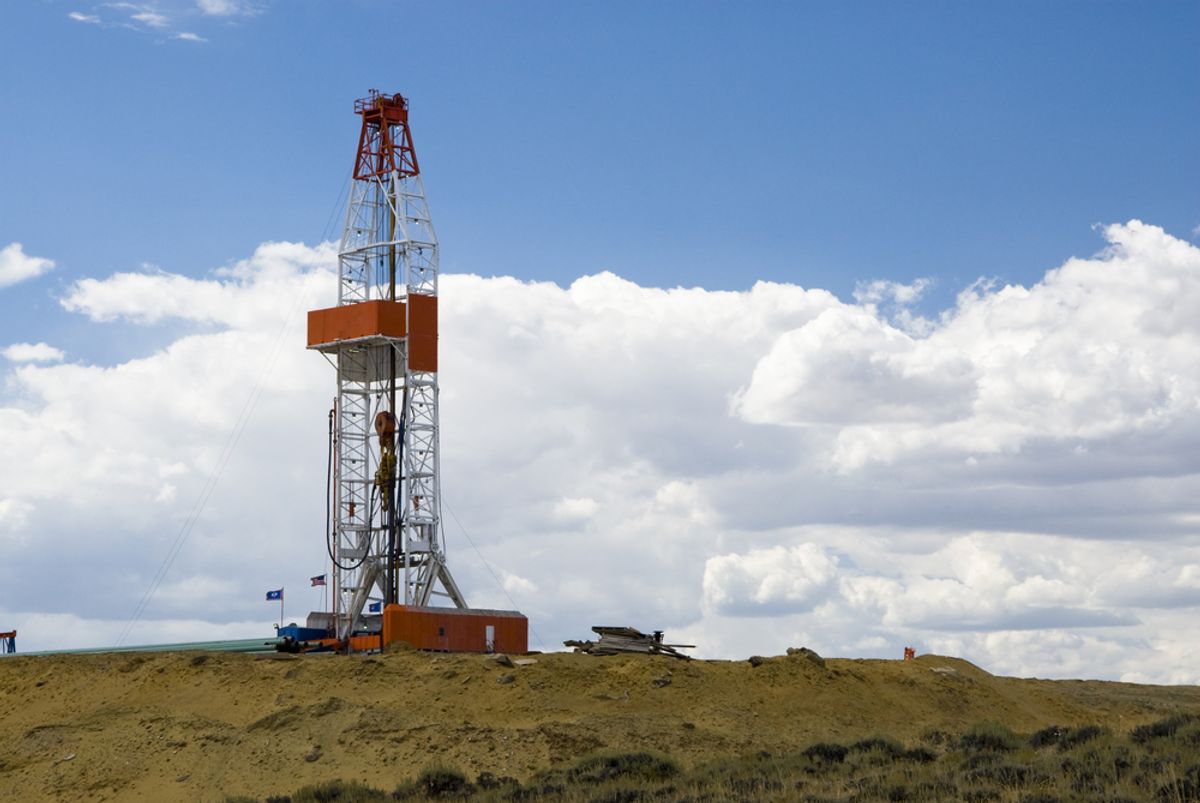 Fracking sites at Pennsylvania's natural gas-rich Marcellus Shale are releasing way more methane than we thought -- somewhere on the order of 100 to 1,000 times EPA estimates, according to a study in the Proceedings of the National Academy of the Sciences. Flying about seven well pads in a plane equipped to measure greenhouse gas emissions, researchers found that, on average, the sites emitted 34 grams of methane per second. The EPA's estimate: between 0.04 and 0.30 grams of methane per second.

The problem, the researchers were surprised to discover, begins before the controversial process of fracking even gets started. Tracing the methane leaks back to the source, they "determined that the wells leaking the most methane were in the drilling phase, a period that has not been known for high emissions," the Los Angeles Times reports. "Experts had thought that methane was more likely to be released during subsequent phases of production, including hydraulic fracturing, well completion or transport through pipelines."

While natural gas is generally trumpeted as a "greener" alternative to traditional fossil fuels, methane -- its principle component -- is a more potent greenhouse gas than carbon dioxide, capable of trapping 20-30 times more heat in the atmosphere. A 2012 study found that if only a little more than 3 percent of natural gas leaks into the atmosphere, we'd be better off, climate-wise, with a coal-fired power plant for our electricity generation.

This isn't the first study to notice a large discrepancy between federal estimates of methane emissions from oil and gas wells, and the EPA said in a statement that it's well aware of the problem. Pointing out that some estimates turned out to be lower than its own, it promised that "substantial amounts of new information on the oil and gas sector will be made available in the coming years through a number of channels," adding, "we expect that as the work is carried out, and as the quality of data produced from both approaches is improved, we will increase our understanding of the reasons behind currently cited divergent results." On Tuesday, the agency released a series of white papers examining five possible sources of methane leaks -- an early step toward potential future regulations aimed at curbing emissions.