Exclusive: Inmates to strike in Alabama, declare prison is "running a slave empire" 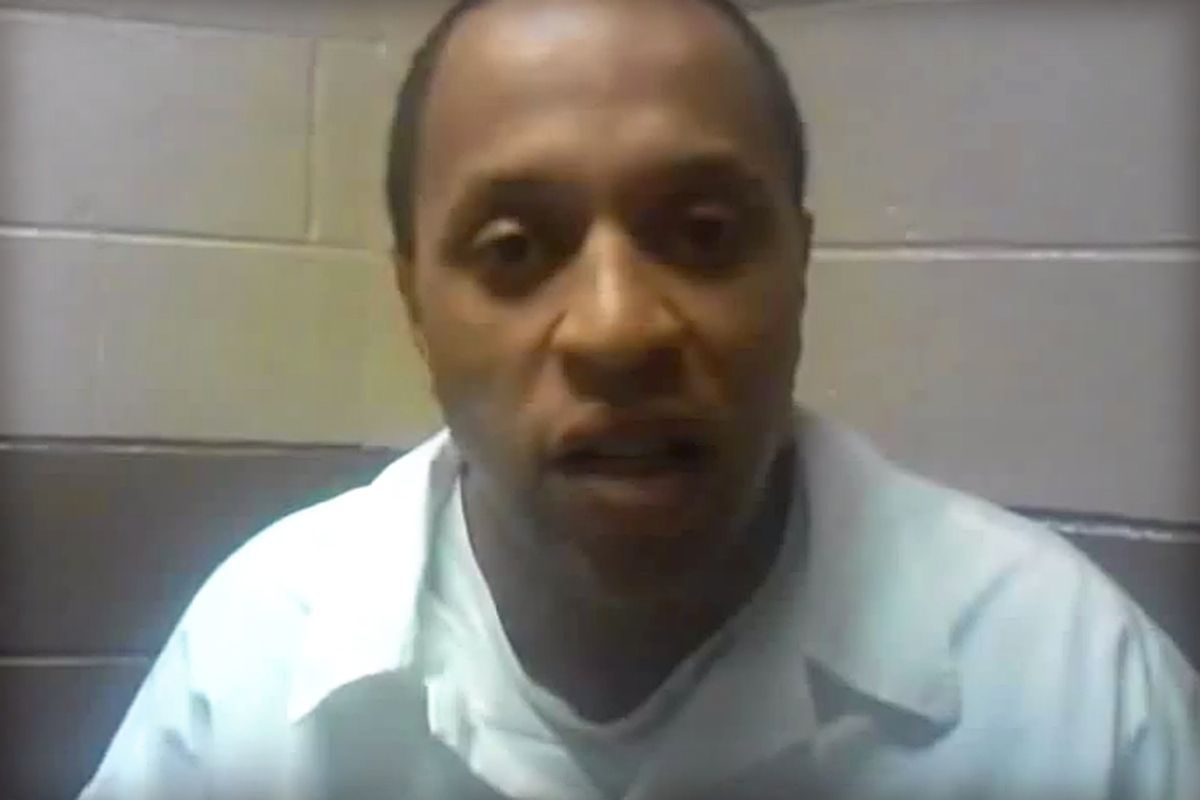 Inmates at an Alabama prison plan to stage a work stoppage this weekend and hope to spur an escalating strike wave, a leader of the effort told Salon in a Thursday phone call from his jail cell.

“We decided that the only weapon or strategy … that we have is our labor, because that’s the only reason that we’re here,” said Melvin Ray, an inmate at the St. Clair correctional facility and founder of the prison-based group Free Alabama Movement. “They’re incarcerating people for the free labor.” Spokespeople for Alabama Gov. Robert Bentley and his Department of Corrections did not respond to midday inquiries Thursday. Jobs done by inmates include kitchen and laundry work, chemical and license plate production, and furniture-making. In 2011, Alabama's Department of Agriculture reportedly discussed using inmates to replace immigrants for agricultural work; in 2012, the state Senate passed a bill to let private businesses employ prison labor.

Inmates at St. Clair and two other prisons, Holman and Elmore, previously refused to work for several days in January. A Department of Corrections spokesperson told the Associated Press at the time that those protests were peaceful, and told AL.com that some of the inmates’ demands were outside the authority of the department to address. The state told the AP that a handful of inmates refused work, and others were prevented from working by safety or weather issues. In contrast, Ray told Salon the January effort drew the participation of all of St. Clair’s roughly 1,300 inmates and nearly all of Holman’s roughly 1,100. He predicted this weekend's work stoppage would spread further and grow larger than that one, but also accused prison officials of hampering F.A.M.’s organizing by wielding threats and sending him and other leaders to solitary confinement. “It’s a hellhole,” he told Salon. “That’s what they created these things for: to destroy men.”

To grow the movement, said Ray, “We have to get them to understand: You’re not giving up anything. You don’t have anything. And you’re going to gain your freedom right here.”

Along with organizing work stoppages, F.A.M. has posted clandestinely shot cellphone videos from inmates describing and documenting alleged abuses, including unsafe beef, broken fire exits and exposed wires. The DOC told AL.com that the inmates who used the cellphones, which are banned in Alabama state prisons, could be punished. (Asked about the cellphone on which he was speaking with Salon, Ray said that while he was currently in solitary confinement, F.A.M. members were “going to make sure that I have the resources I need … to accomplish the job,” and declined to elaborate.)

Ray said the strikers are out to secure educational programming and true rehabilitation, and to end overcrowding, life sentences without parole, and “the free labor system.” “There is not even the pretense of doing anything about ‘corrections,’” he argued. Rather, “they’re running a slave empire.”

Conditions in Alabama’s prisons are currently being investigated by the federal Justice Department, and Gov. Bentley last week announced that the state would draw on help from the Bureau of Justice Assistance, Pew Charitable Trusts, and Council of State Governments in making improvements to the system. But Ray dismissed the prospect that politicians on their own would effect meaningful reforms. “No one is going to do anything,” he said, “so we have to do it ourselves.”

The F.A.M. leader emphasized that the effort would remain nonviolent. “You have rapists, you have all the broad spectrum of criminal conduct,” he said, “and so we can’t incorporate violence, because you know, we’re already behind the eight ball as far as, you know, our image.” Beyond the image issue, he added, “Violence is what has drawn most of us into the prisons -- and that’s what we’re trying to stop.”

Ray said it was too soon to tell how long this weekend’s work stopppage would last, or how many other facilities would join in the ensuing days. “If a prison goes down for [only] a week, we may not capture another prison,” he told Salon. “If a prison goes down for two weeks, there’s a strong possibility that you’ll capture another prison. If a prisoner strike goes down for three weeks…there’s no telling how many prisons might get in.” Supporters including the Industrial Workers of the World union plan to hold a vigil in support of the strikers.

“There may be some prisons we spent a lot of time organizing that don’t even go on strike,” Ray acknowledged. But “the best-case scenario would be that every prison in the state of Alabama joins the Alabama movement – go on, shut down.”