Ukrainian interim Prime Minister: "Putin has a dream to restore the Soviet Union"

"The world has a reason to be concerned about Putin's intention," warned Arseniy Yatsenyuk 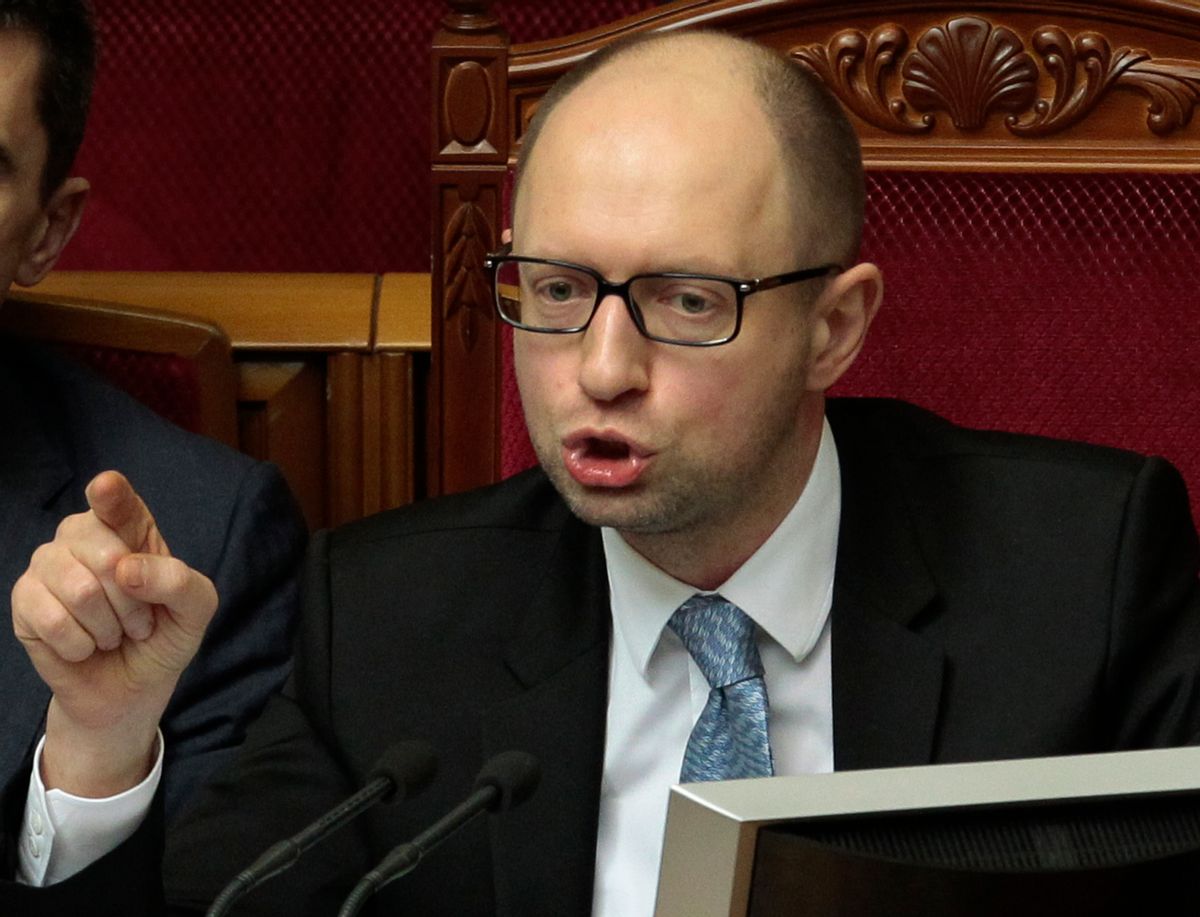 On Sunday, NBC's "Meet the Press" aired an exclusive interview with Ukrainian interim Prime Minister Arseniy Yatsenyuk, who warned the U.S. that Russian President Vladimir Putin "has a dream to restore the Soviet Union."

Yatsenyuk discussed the fate of Ukraine weeks after Putin took over Crimea, as tensions continue to escalate between pro-Russian separatists and the Western-backed Ukrainian leadership while Russian troops surround the Ukrainian border. On the morning that the pre-taped interview aired, the newly brokered truce hung in the balance as a round of gunfire between the two groups on Easter Sunday killed at least two people.

"Meet the Press" host David Gregory asked Yatsenyuk what kind of threat Putin poses to Ukraine: "When you hear President Vladimir Putin talk about Novorossiya, “New Russia,” where he talks about Ukraine being part of Russia, does that tell you that Putin will not stop until Ukraine is part of Russia?"

"President Putin has a dream to restore the Soviet Union," Yatsenyuk replied. "And every day, he goes further and further. And God knows where is the final destination."

Yatsenyuk believes that the entire "world" should be concerned about "Putin's intention":

The world has a reason to be concerned about Putin's intention. Because what Russian Federation did, they undermined the global stability. They actually eliminated nuclear nonproliferation programs. Just to remind you that Ukraine signed the notorious Budapest Memorandum when we gave up our nuclear arsenals in 1994.

And we got a number of guarantors of our territorial integrity. It was the United States, the U.K., and Russia. And actually Russia violated this deal. And Russia undermined the entire program of nuclear nonproliferation. And it's crystal clear that for today, Russia is the threat to the globe, and the threat to the European Union, and a real threat to Ukraine.

As Vice President Joe Biden will meet with Yatsenyuk this coming week, the prime minister is prepared to ask for "real support," which includes "financial, economic support," the modernization of the Ukrainian military, and to "overhaul all structures of Ukrainian defense system."