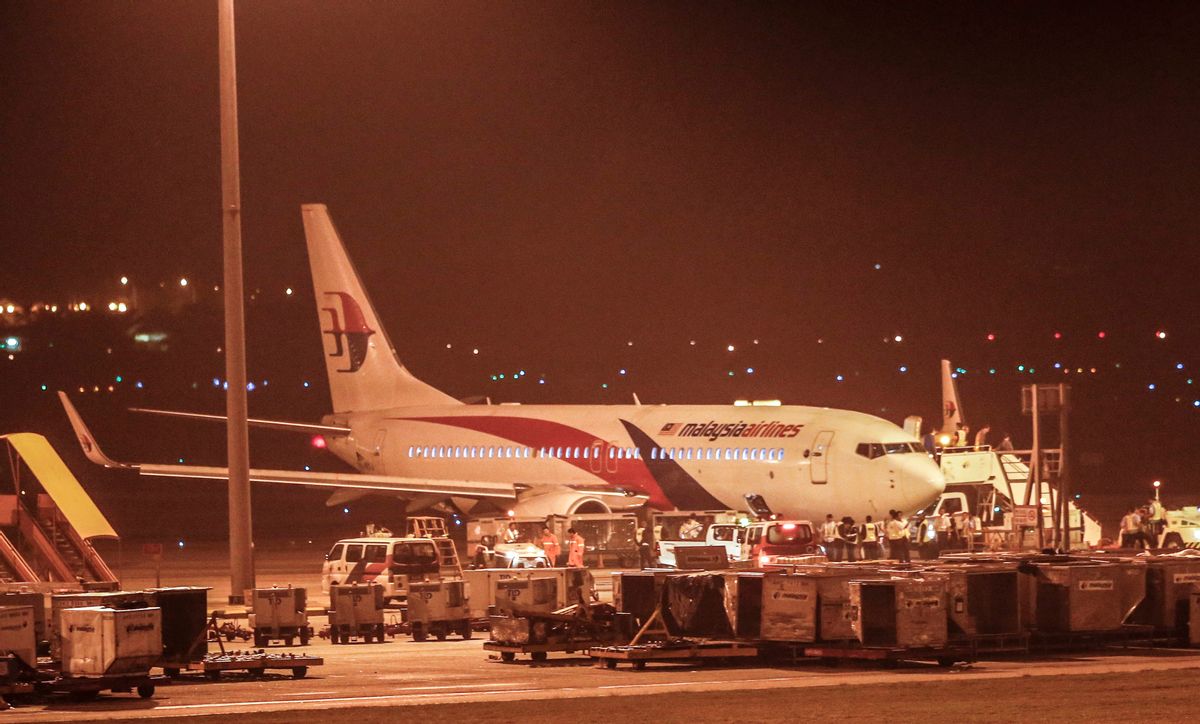 The incident happened only six weeks after Beijing-bound Malaysia Airlines Flight MH370 veered dramatically off course and reportedly ended in the southern Indian Ocean. No physical debris from the flight, which went missing on March 8, has been found -- yet search teams are still looking. The Joint Agency Coordination Center, which is heading up the search from Perth, Australia, released a statement that 10 aircraft and 11 ships were taking part in the visual search.

The Bluefin-21 uses side-scan sonar to create a high resolution 3-D map, as it hovers over the ocean floor. Each mission is roughly 24 hours -- two to descend, 16 to search, two more to ascend to the surface and four to download the information.

The search area is circular with a 6.2 mile radius. The circle is centered on where two "pings" were detected on April 8, by a black box detector towed by the Australian ship Ocean Shield. The black box contains two recorders, one for data and one for voices in the cockpit. Each recorder has a beacon that goes off when it comes in contact with water. Four signals consistent with black box signals were detected a little less than two weeks ago. They are considered the best lead searchers have so far.

Family members of the 239 people on board are still waiting for concrete evidence that their loved ones crashed into the ocean. At a meeting with Deputy Foreign Affairs Minister Hamzah Zainuddin, financial assistance from either the government or Malaysia Airlines was discussed. However, according to CBC News:

"The relatives, however, expressed dissatisfaction with the meeting, saying in a statement that until they have 'at least a tiny bit of concrete evidence' that the plane crashed, authorities should not try to settle the case with final payoffs."