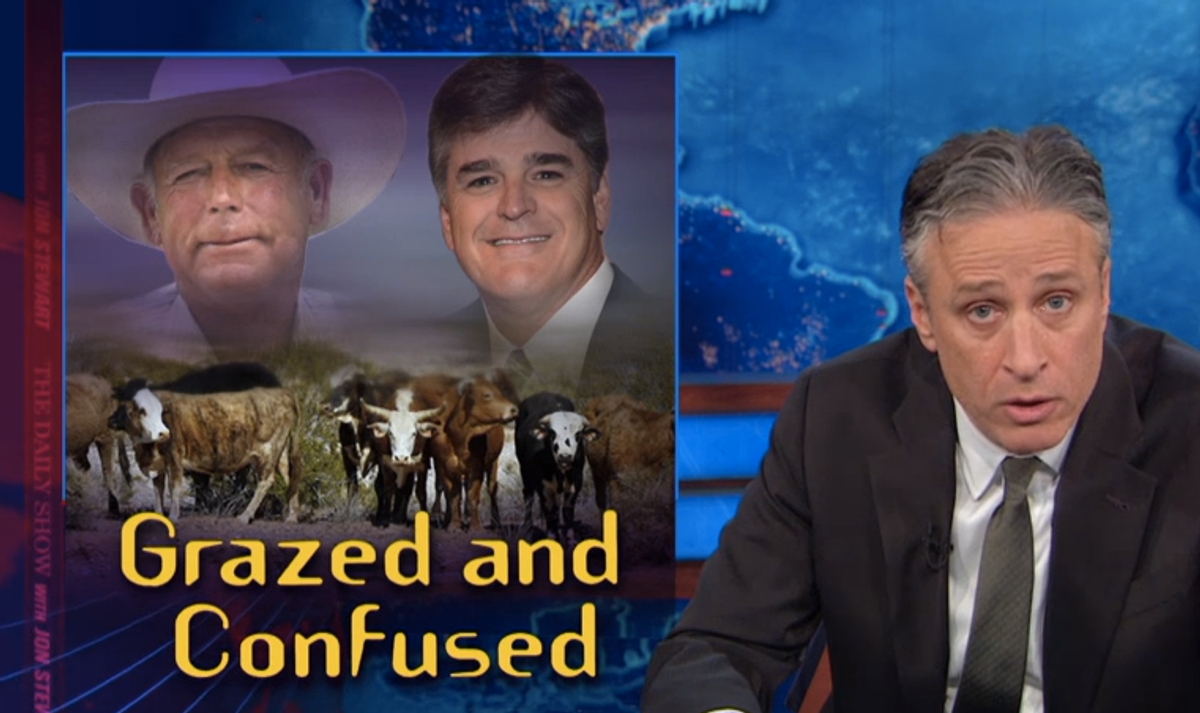 On Wednesday night, "The Daily Show" delivered one of its most scathing attacks of the year on Sean Hannity, the Fox News host who has come out in support of Nevada rancher Cliven Bundy. Stewart threw the first punch on Monday, when he called Hannity "hypocritical" for supporting the rancher, who has broken the law by grazing cattle on federal land for two decades. Hannity, who historically has supported government overreach on issues such as stop-and-frisk and disarming protesters, now argues that the government is overreacting by meeting Bundy's armed private militia with armed federal guards.

On Tuesday, Hannity responded by calling Stewart a "hack comedian" who is "obsessed" with Hannity's show, serving up a defense that claimed the comedian misinformed Stewart's audience of Hannity's views.

Stewart may end up having the last word, however: On Wednesday night, he delivered a magnificent, point-by-point takedown of Hannity's segment, again calling the Fox News host "hypocritical."

"For all the disingenuous, hypocritical, nonfactual, corrosive, hacky, awful, word-turds -- the awful word turds that you speak -- you did get one thing right," said Stewart. "I am obsessed with your program in the same way that I am obsessed with antibiotic resistant super bugs, or the Pacific garbage patch, or the KFC double-down, because I just can't believe that in this day and age, with all that we know, this shit is out there."

"That our society is weighed down by these burdens of a seemingly more medieval time, like your show," he continued. "To see it night after night, serving up the same shit, my god, you're the Arby's of news."