After a gruesome depiction of sexual assault, fans refused to acknowledge it even happened. Here's why 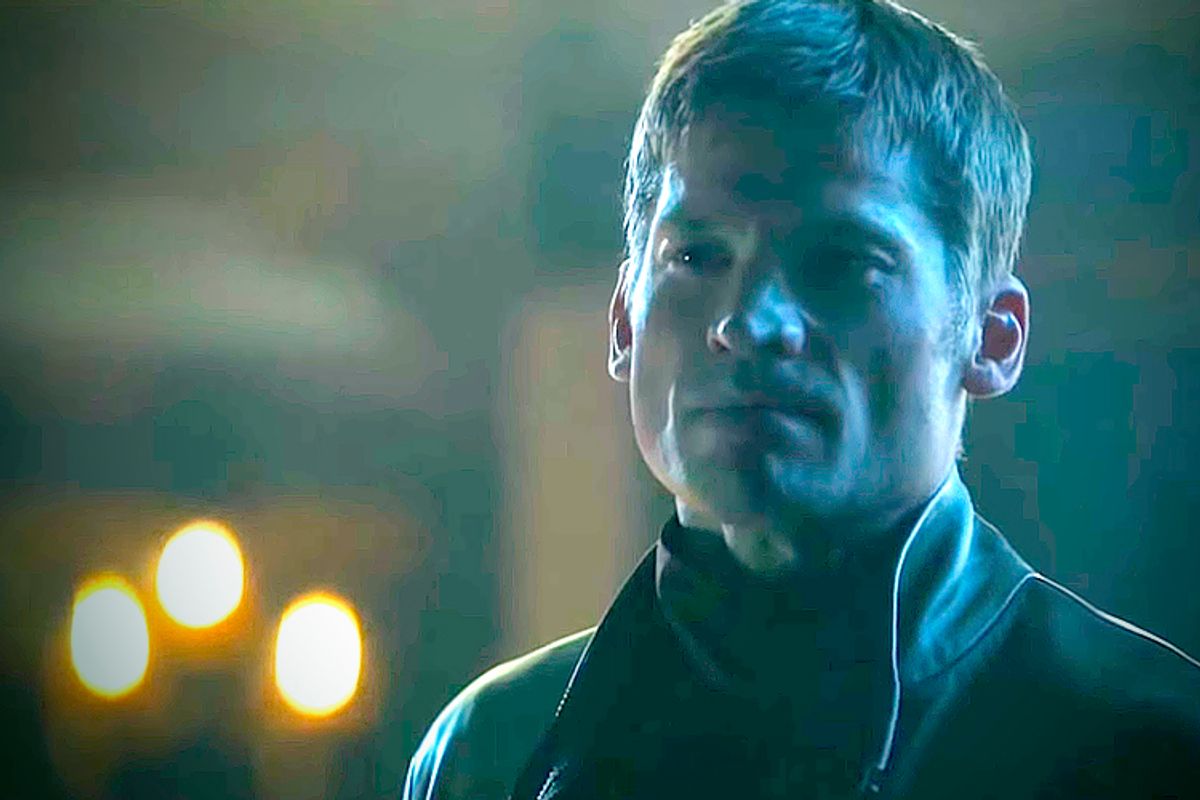 (Spoilers for Game of Thrones and Breaking Bad below.)

By the final episodes of Breaking Bad, there was no doubt in most people’s minds that Walter White was a bad man. He was no longer an anti-hero. He was a straight-up villain. He’d murdered many, and in cruel ways (such having a man burned alive in prison). It wasn’t just bad people that he’d killed, either. He’d let Jesse’s girlfriend die. He’d seriously endangered the life of a child, whistled after dissolving another dead kid in acid, left Jessie to be tortured, and murdered Mike for little reason other than pride. He was a terrible person who’d rained down destruction on everyone around him, including those he loved. He was no longer redeemable by the end.

And yet, there was still some debate over whether it was OK to root for him, and even those of us who wanted him to die found some satisfaction in the fact that he took out others along the way and ultimately died in a kind of peaceful and fitting way. It wasn’t satisfying in a revengeful way; it was satisfying in an almost romantic way.

More from Pajiba: 10 Movies You Can Watch On Netflix Instant That Are 100% Rapeless

Likewise, Justified’s Boyd Crowder has killed many. He pushes drugs, and he runs prostitutes. He was at one point a white supremacist. He turned his back on the love of his life, and he threatened to take down the hero of Justified, Raylan Givens, for whom we all have immense affection. And yet, there’s nary one among us who doesn’t still root for Boyd Crowder in some way. When there’s enough charm and swagger, bad deeds can be overlooked.

We could say the same thing about several Sons of Anarchy characters, Dexter Morgan, Nucky Thompson, or Francis Underwood: Characters who have done reprehensible things that we allow ourselves to overlook or somehow justify because we love those characters.

But this Jamie Lannister situation is different.

Let’s say for the sake of this argument that there was no ambiguity about that scene between Jamie and Cersei this week, and that — despite protestations to the contrary from the director Alex Graves — Jamie raped Cersei. Jamie also killed a defenseless King Aerys, he pushed a child out of a castle window with the intention of killing him, he has three children from an incestuous relationship with Cersei, and he strangled Lord Rickard Karstark’s innocent son to death. Yet audiences have been willing to overlook all of these bad deeds because we’ve become smitten with Jamie over the course of the last season due to his relationship with Brienne.

But what’s interesting here is that the audience processes these other moral crimes in such a way that allows us to continue to sympathize with Jamie Lannister, but instead of attempting to process the rape of his sister next to the corpse of his oldest son in such a way that might allow us to continue sympathizing with him, the response has been to reject the rape. Murder, incest, and sex next to your dead son are all somehow excusable in our minds, but the rape crosses a line that makes it impossible to further sympathize him. So, our answer is to basically vilify the director of the episode and the show runners for allowing a terrible person to do something more terrible than our minds will allow us to forgive.

More from Pajiba: Democracy is So Overrated: How House of Cards Fell Victim to Real-World Political Machinations

It’s not that I don’t get it, either. If Walter White or Boyd Crowder or Jax Teller or Francis Underwood had violently forced themselves upon someone sexually, it would’ve become impossible to root for those characters. That’s where the conflict comes with Jamie Lannister. It’s not the rape itself that is the problem — there have been other instances in Game of Thrones in which characters have been sexually abused, and in some cases, in far worse ways, but that hasn’t stopped us from watching the show. It’s the idea of losing Jamie Lannister as someone with whom we can root. That, we cannot abide!

So, instead of accepting what it might mean for Jamie had he raped Cersei, we reject the act as a blunder on the part of the director, and in the episodes to come, we will probably retcon out of our minds and continue rooting for a murdering, child-killing, incestuous character. Why? Because sexual crimes are just worse, that’s why.