Stephen Colbert sings "The Ballad of Cliven Bundy": "His land belongs to you and me, that's what he told Sean Hannity" 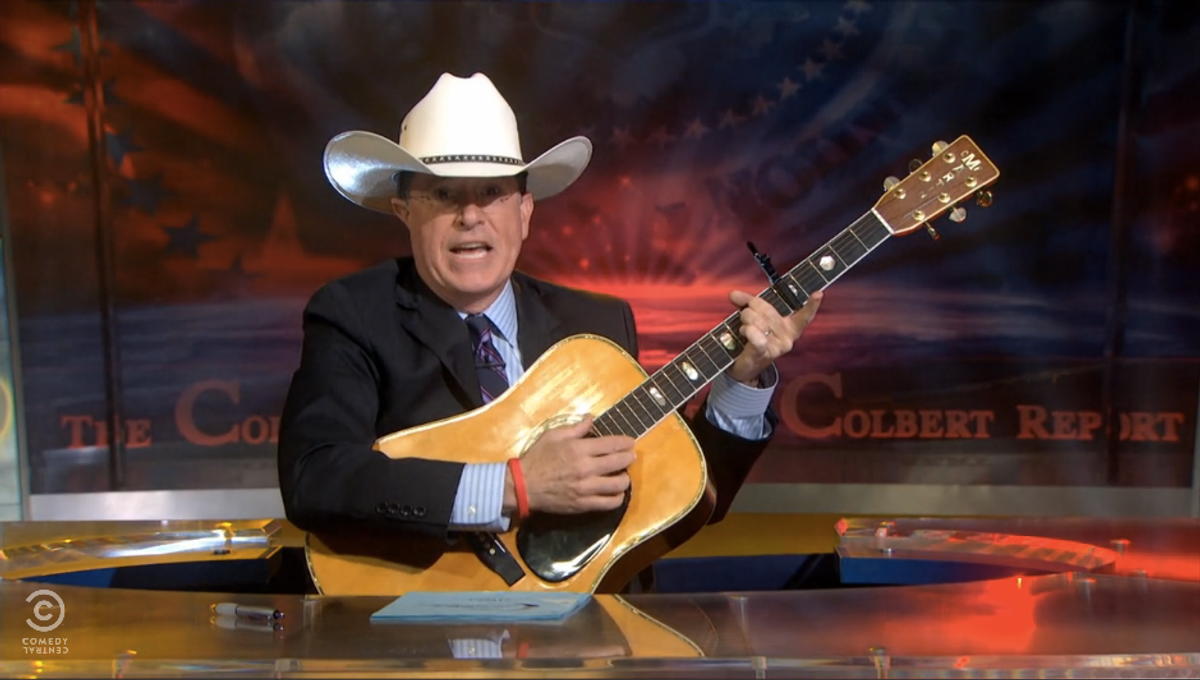 It was only a matter of time before conservative icon and noted racist garbage person Cliven Bundy had his story documented in song.

While I had my suspicions that Toby Keith was going to be the one to step up, Stephen Colbert beat him to it on Thursday night, telling Bundy's tale of pretending the federal government doesn't exist and yearning for the way things were during slavery. (Colbert gets a little help from "Strangers With Candy" alum Paul Dinello.)

And because it just wouldn't be a proper ode to Cliven Bundy without a mention of his biggest fan, Colbert shouts out Fox News' Sean Hannity, too.