As the drought worsens and wildfire season approaches, the state is taking drastic measures to conserve water 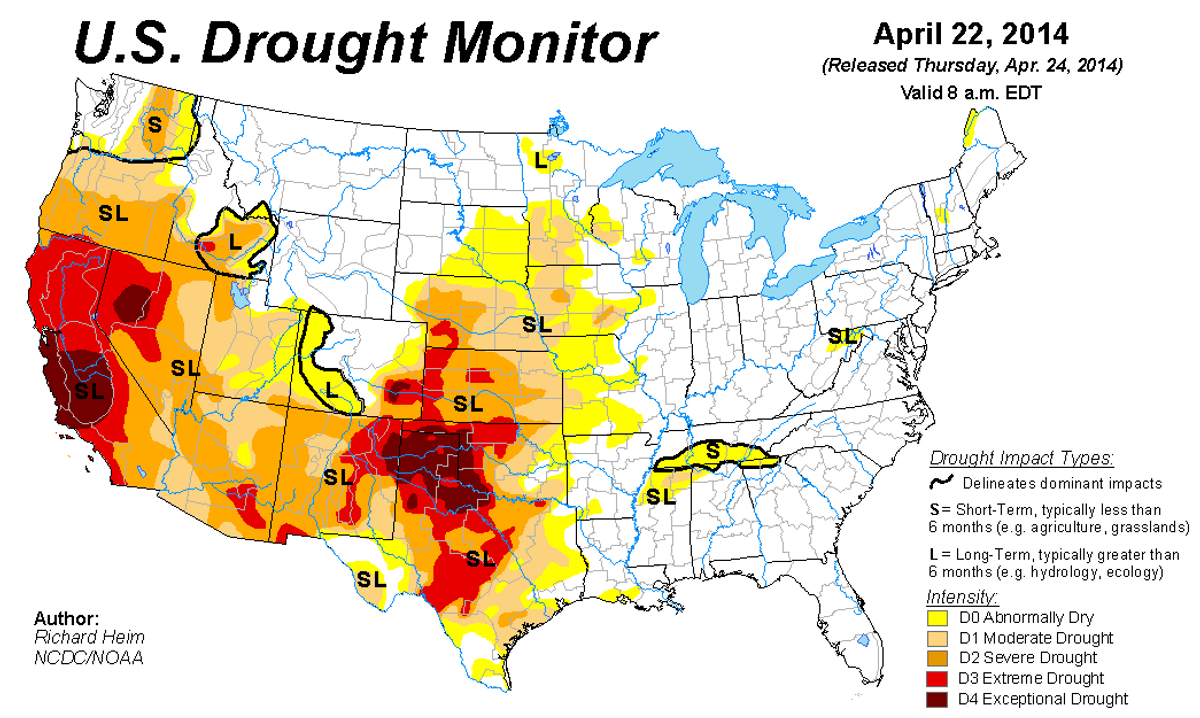 With every last inch of the state now experiencing some degree of drought, California is taking drastic measures to conserve water and prepare for the imminent wildfire season. On Friday, Gov. Jerry Brown issued an emergency proclamation for the state -- his second in just three months -- laying out a number of extreme measures. Among them, he said, California will roll back some environmental protections and loosen the rules concerning the transfer of water to farmers, all while redoubling efforts to conserve and distribute water fairly.

There's been enough rain, since January, that only three towns are in danger of running completely out of water, SFGate reports, down from 17 earlier this year. But the current situation continues to require a high degree of caution: At least 45 water agencies throughout the state are instituting aggressive, mandatory restrictions on water usage, in some cases going so far as to patrol streets and encourage people to snitch on wasteful neighbors.

Meanwhile, in Sacramento, scientists met over the weekend to discuss the risk that the drought presents to the region's wildlife: fish, birds and trees that are already endangered are now facing additional challenges. And according to Peter Moyle of the University of California, Davis, Center for Watershed Sciences, "The problems created by the drought are just a harbinger of things to come."

Ranchers, at a loss for grass and water, are shipping their cattle eastward, which could potentially drive beef prices up even higher than they currently are. "We spend a lifetime building the herd the way we want," Jack Cowley, a rancher and past president of the California Beef Cattle Improvement Association who was forced to sell a portion of his herd, told Reuters. "Now we've lost all that."

Climate change didn't cause all this to happen, but there's strong evidence to suggest it's played a hand in making it worse. Brown, in Friday's remarks, drew on this connection by painting climate mitigation as the most promising long-term solution to California's problems. "The only way out over the long term is to substitute the fossil fuel with solar, with wind," he said. "We are playing Russian roulette with our environment."