Innovative sounds: Rodrigo y Gabriela return to the reverberating sound of their guitars 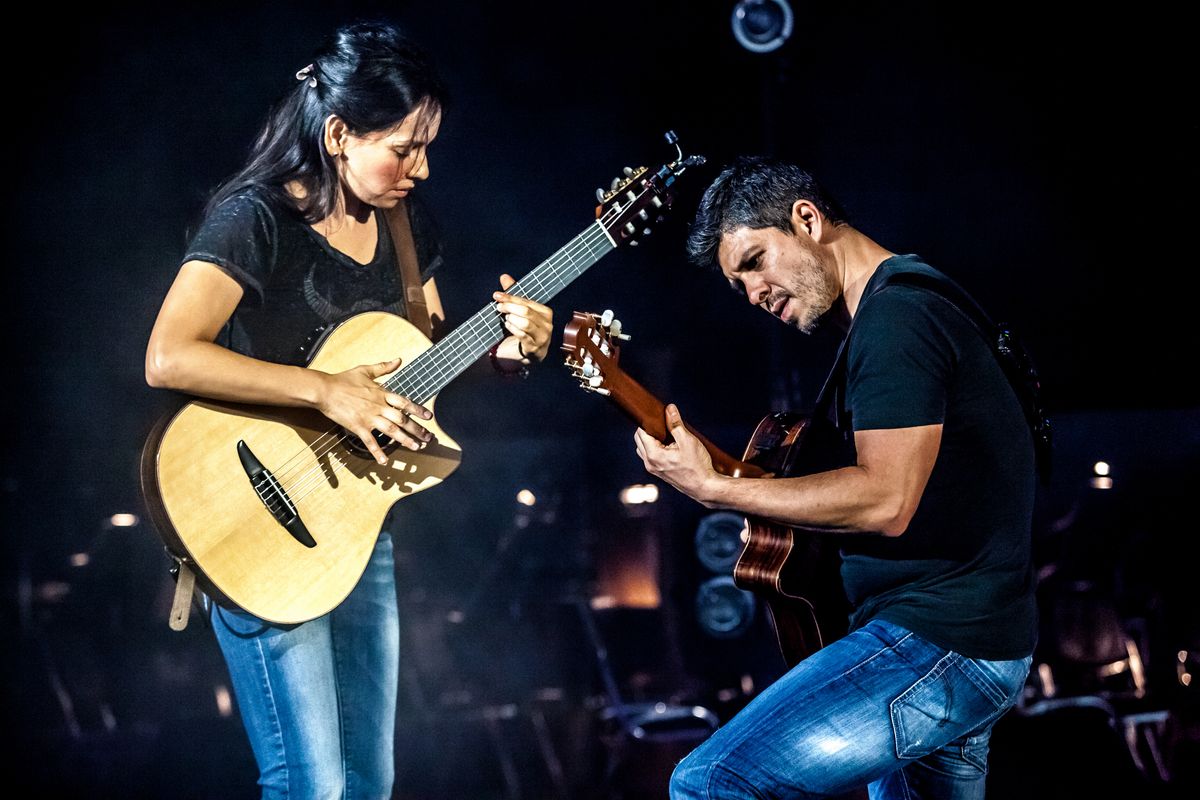 If you have ever seen Rodrigo y Gabriela live, you've probably been left breathless by the full and energetic sound, produced only by a duo wielding Yamaha NX series guitars. (You probably couldn't stop dancing, either.) No lyrics, no keyboard, no bass, no synthesizer and the only percussion is made by taping the body of the guitar. It is solely heavy-metal-influenced flamenco guitar. This is what the  Mexican-born pair are known for. "9 Dead Alive" is the fifth studio album from Rodrigo y Gabriela, and after collaborating with a full orchestra on their album "Area 52," they are back to the pure and percussive sounds of their guitars. "9 Dead or Alive" is at once lively and soulful, and it radiates the brilliant skill of these two artists.

Ought: "More Than Any Other Day"

"More Than Any Other Day" is the debut album from Montreal-based art-punk band Ought. Their formation myth -- McGill students partaking in a Quebequoise "celebratory" protest -- greatly informs their music. It is uplifting anarchy, raw and idealistic. Lead singer/guitarist Tim Beeler employs a talk/sing style -- and has almost a John Darnielle (the Mountain Goats) quality on songs like "Habit." The songs tackle feelings, and imbue the mundane with a sense of purpose. The song "Today More Than Any Other Day" starts out slow and fatal, before ramping up and finding the joy in choosing between whole milk and 2 percent.

It is possible that Wye Oak fans, who love Jenn Wasner's intense six-string guitar, will be confused by the band's latest album, "Shriek." It is by all accounts risky. Wasner dropped the guitar in favor of working with a medium she had once sequestered to side projects: synthesizers. The product is certainly different, but not disappointing. It has a metallic feel, opened up with bass, percussion and Wasner's deep and powerful voice. The album draws its beauty from the passion and uncertainty that is behind it -- Wasner needed a new medium and she went for it.

If you're a lyrically driven song listener, and don't speak Russian "Krai" is not for you. The entirety of the album is in Olga Bell's native tongue. Bell toured with the Dirty Projectors in 2012, and there are tinges of their influence on songs like "Perm Krai" -- off-tempo beats, layered vocals and the high twinge of guitar. Yet "Krai" is something all its own: A unique mix of old and new influences, ranging from Russian folk to futuristic rock.