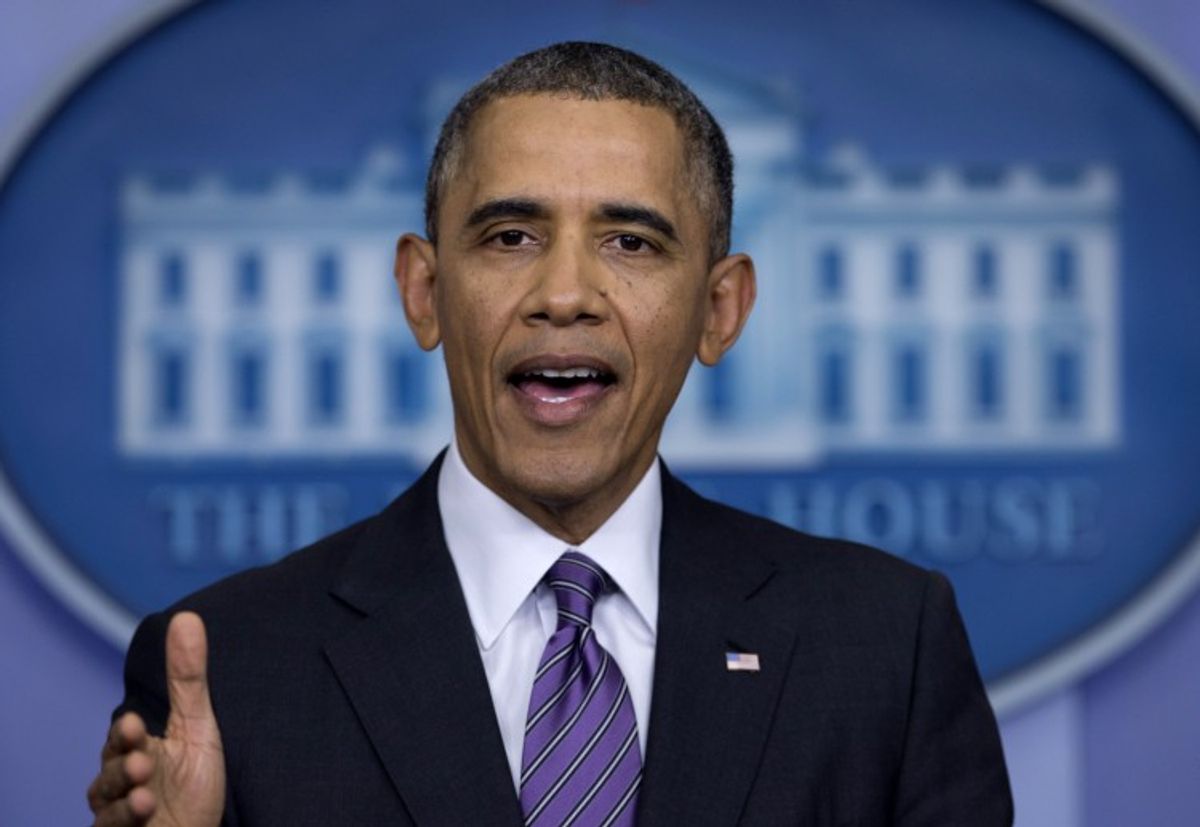 President Obama slammed Senate Republicans on Wednesday for filibustering a bill that would have gradually raised the federal minimum wage, describing the move as the latest example of the GOP's "you're on your own" economic philosophy.

"We saw this morning a majority of senators saying yes [to the bill]," Obama said, "but almost every Republican saying no to giving America a raise."

Reprising one of his favorite lines from his 2012 reelection campaign, Obama claimed that Senate Republicans had "told Americans ... that you're on your own without even looking them in the eye."

The president also argued that "in the wealthiest nation on Earth, nobody who works full-time should ever have to raise a family in poverty. That's a basic principle."

Ultimately, Obama, the decision to raise the federal minimum wage lay with the American people. “If there’s any good news here," the president said, "it’s that Republicans in Congress don’t get the last word on this issue, or any issue. You do; the American people, the voters.”

Explaining their filibuster earlier on Tuesday, Senate Republicans said that a federal minimum wage hike would do more harm than good. "It will actually hurt more people than it helps," said Texas Sen. John Cornyn.

"It would be great if we lived in a world where Washington dictates what wages can be, and peace, love and happiness will break out," Cornyn snarked, "because Washington has somehow distributed free money."

The federal minimum wage was last raised in 2009, as part of a package of increases that had been signed into law by President George W. Bush. Absent action from Congress, cities and states around the country have opted to raise their own minimum wages well above the federal level. The idea of hiking the minimum wage generally polls very well, with more than 60 percent of Americans tending to back it, including a large share of Republicans.