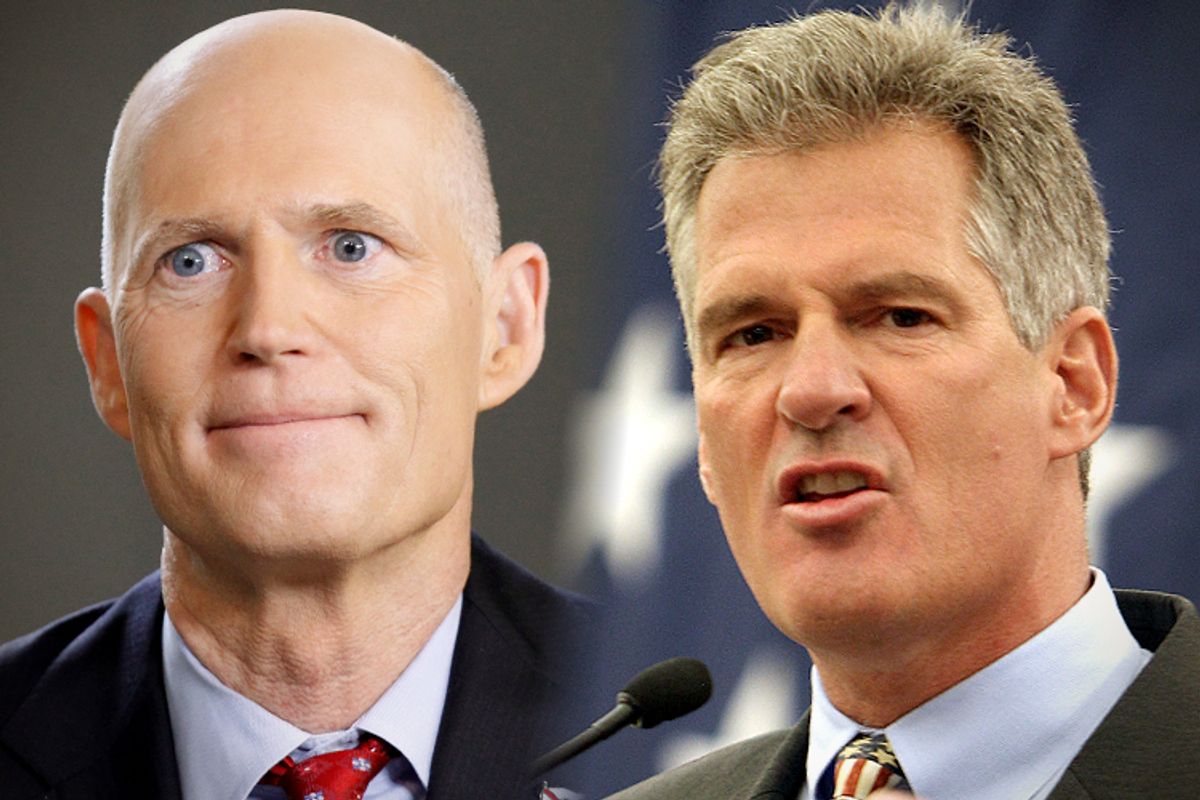 It feels strange to say this, and maybe a bit premature, but we seem to be past the era of the viral Obamacare victim story.

Everyone who has followed the politics of the Affordable Care Act can tell you the saga of Julie Boonstra, the Michigan woman who bemoaned the financial injustice done to her by the health law in an Americans for Prosperity ad, when in reality she’s going to save a lot of money with her new insurance. Boonstra’s story, amplified by the conservative media, went national, as did the subsequent debunking of the AFP advertisement.

But how many people know who Christopher Schiff is? Schiff, a Marine veteran, stars in this Americans for Prosperity ad attacking Sen. Mary Landrieu, D-La., claiming that his “insurance costs are going way up because of Obamacare.”

The ad was released last week. In that time Schiff has appeared on Fox News and his story has drawn fleeting attention from the right-wing press, but overall no one has really taken notice of the former Marine allegedly under fire from Obamacare. (The Washington Post and PolitiFact attempted to verify Schiff’s claims, but neither was able to confirm his health coverage status; PolitiFact warned his ad “doesn’t include some important context and nuances.”)

At the same time the political world was generally ignoring Christopher Schiff, it was taking increasing notice of Dean Angstadt, a self-employed logger who, with the coaching of a liberal friend, moved past his hostility to Obamacare and purchased a health plan just in time for heart valve replacement surgery. Angstadt’s story is an ACA supporter’s Holy Grail – a hard-nosed opponent of Obamacare who saw the light after it literally saved his life. “The ACA is everything it's supposed to be and, in fact, better than it's made out to be,” Angstadt told the Philadelphia Inquirer.

There’s actually been a steady trickle of these sorts of stories that are starting to break through the gloom-and-doom coverage of the Affordable Care Act. Scott Brown, running for Senate in New Hampshire with a “repeal Obamacare” message, caught an earful from a Republican state representative who’d had his monthly premiums slashed by the ACA. Florida’s embattled Republican governor, Rick Scott, recently visited a senior center to fish for Obamacare horror stories to relate on the campaign trail, but instead found “a satisfied group with few complaints.” NPR reported this week on Obamacare enrollees who, free from the threat of losing health coverage, quit jobs they hated to start their own businesses.

After months of watching the press obsess over “rate shocks” and sensationalist stories about skyrocketing premiums and an endless parade of (usually bogus) tales of victimhood, we’re starting to see positive ACA stories break through the noise and take on a life of their own. This boomlet of positive coverage is happening at the same time as the once-reliable avenues for conservatives to attack the ACA start to disappear. As a result, conservatives have to find new and even less honest ways to go after the law.

Yesterday’s Commerce Department report that the economy grew at a barely twitching 0.1 percent annualized rate in the first quarter of 2014 was met with unseemly enthusiasm by Republicans and conservatives. There was one data point buried in the report that Obamacare critics seized on: Health spending grew by 9.9 percent in the first quarter.

Destroyed! Really? Not quite. Jeffrey Young of the Huffington Post calmly and patiently explains (also with charts) that this spike in health spending was predicted to happen by just about everyone, given that a whole lot more people have health insurance now than did last year. “What happened from January through March? The crazy-high prices Americans pay for health care didn't change much. Mainly, it seems that more people went to the doctor.”

It turns out that Americans really, really like having access to affordable healthcare, and when they finally get it, they use it. As Young notes, the actuaries for Medicare and Medicaid anticipate that the rate of increase in health spending will dip back down to normal levels after this burst of enthusiasm.

And thus another conservative argument against Obamacare dies before it even gets a chance at life. It’s part of an emerging recalibration in ACA coverage that should make supporters happy and leave critics nervous.