The game-changing Supreme Court decision that nobody is talking about 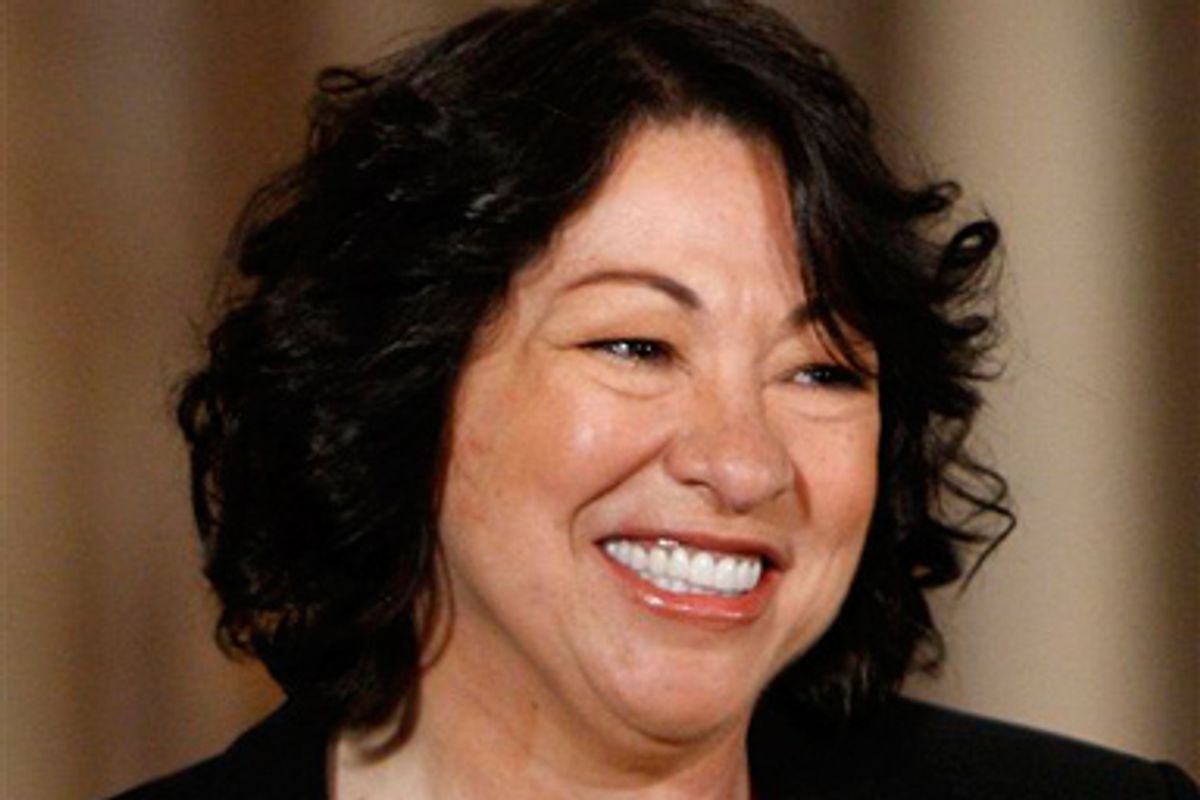 Congress is still mired in its attempt at patent reform, but a Supreme Court ruling this week has dealt a heavy blow to so-called "patent trolls."

The court ruled that Octane Fitness, a Minneapolis-based manufacturer of exercise equipment, can recoup legal fees from a rival firm that unsuccessfully sued Octane for patent infringement several years ago.

In a decision penned by Justice Sonia Sotomayor, the court choose to expand the circumstances under which defendants in patent lawsuits can demand repayment of legal fees.

The case could have huge ramifications on patent trolls—the derogatory term for firms who use ill-gotten or groundless patents to extort licensing fees from those who infringe upon them. These firms, which don't actually produce a product based on their patent, have been a particular source of consternation within the Internet and tech industries. The success of their business model is based largely on defendants' reluctance to foot the high cost of a patent trial defense.

In the case of Octane Fitness, the company was not sued by a patent troll but rather a rival exercise equipment maker, Icon Health & Fitness. Icon held the patent on a technology related to elliptical machines but never put out a product based on that technology. Octane later came out with a machine that Icon felt infringed on its proprietary technology.

Icon's claims of patent infringement were ultimately rejected by the court, but not before Octane racked up some $2.3 million in legal fees defending itself. Octane sued Icon to recover its legal costs, but a lower court denied this request, citing a 2005 U.S. Appellate Court ruling that only allowed patent defendants to recoup legal costs in cases where the plaintiffs are guilty of "material inappropriate conduct," or where the claims were "baseless" and made in "bad faith." In other words, the plaintiff has to know they are abusing the patent system.

But in this new ruling, the court has determined that the previous standard was too narrow. They've remanded the case back to the lower court with the instructions that Octane can, in fact, reclaim legal fees from Icon. That case is ongoing.

This was particularly good news for Octane and its attorneys, but the ruling is also being celebrated by the targets of patent trolls writ large.

According to a White House report, more than 100,000 U.S. companies were threatened with patent infringement lawsuits in 2012, by companies whose sole purpose is to extract royalties. Between 2007 and 2011, roughly 19 percent of all patent lawsuits were filed by such firms, reports the Government Accountability Office.

Small firms and tech companies have been particularly vulnerable. As NPR's This American Life points out, the U.S. patent system has had a hard time adapting to the nature of modern technology which is constantly evolving and building off previous breakthroughs. This has opened the window for firms to patent huge swaths of technology—regardless of whether or not they actually created it.

Such is the case with Personal Audio, a firm that has gained notoriety by suing or threatening to sue a number of popular podcasters. The firm claims to hold the patent on a technology used by every single podcaster. However, Personal Audio only first applied for the patent in 2009, years after the first podcasts appeared.

Personal Audio and similar companies argue that they are preserving intellectual property rights, but podcasters, like WTF host Marc Maron, say Personal Audio's entire business model is based on the "extortion" of small businesses.

"We're just guys talking on microphones out of our garage," Maron told the Daily Dot. "Then someone comes out of nowhere and says we owe them money.”

The podcasting community has been rallying against patent trolls in the form of an ongoing legal battle between podcaster and comedian Adam Carolla and Personal Audio. Carolla has said that winning this battle will set a precedent that protects other podcasters who can't afford the $2.5 million it takes to fund the average patent defense. Carolla has united with other prominent podcasters—like Maron, Chris Hardwick, Greg Fitzsimmons and Joe Rogan—to raise $1.5 million to fund his legal defense.

Although one could argue that the claims of Personal Audio and similar firms were already subject to the previous "bad faith" standard for recouping legal costs, this new Supreme Court ruling makes the position of patent trolls even less tenable. Along with a recent ruling for Google against Intellectual Ventures, another patent troll, the legal precedent seems to slowly be turning against such firms.

This is good news for defendants who been waiting years for Congress to enact some sort of patent litigation reform. For the past several years, legislation that would, among other things, require patent holders to repay the legal cost of defendants if they lose, have failed to pass both chambers of Congress.

The current version of the bill, the Patent Transparency and Improvements Act, enjoys broad bipartisan support and has already passed the House of Representatives. However, the bill is currently stalled in the Senate Judiciary Committee. Some legislators fear reform could deter smaller companies with legitimate patent claims from pursuing legal enforcement.