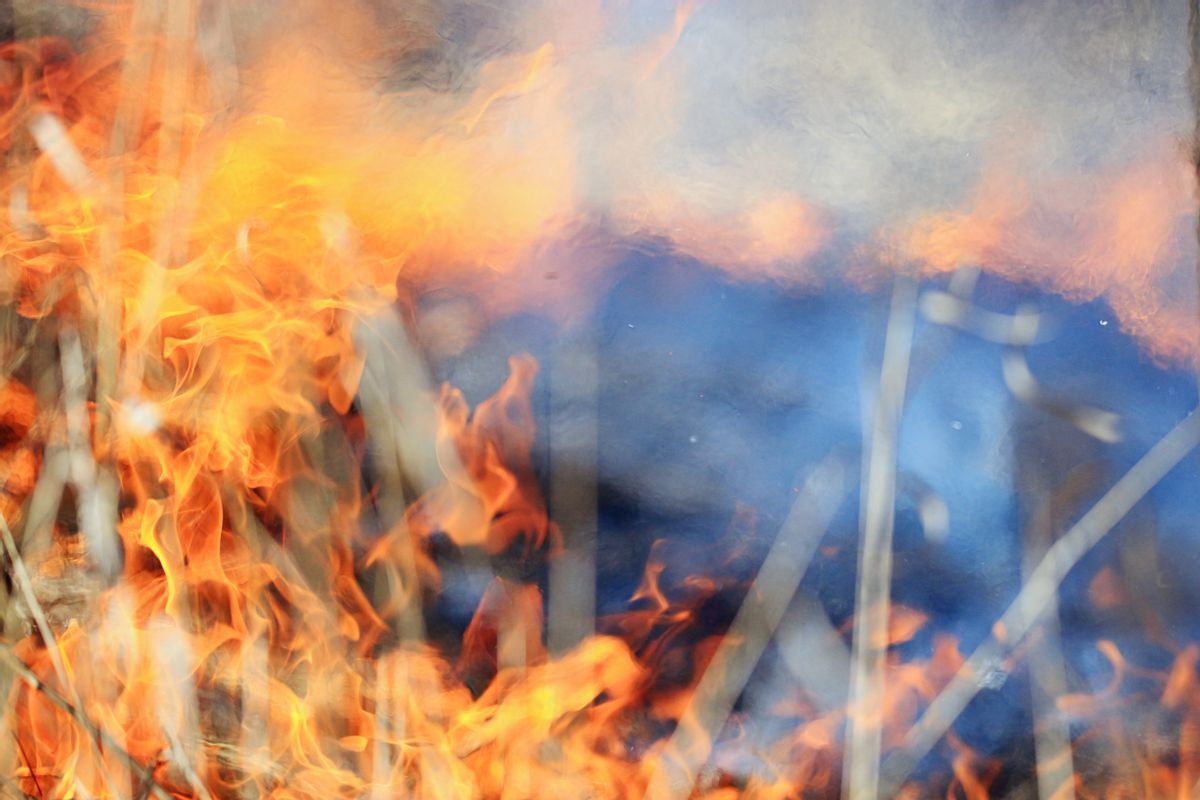 San Diego County has declared a local emergency, as a fast-spreading wildfire moves thought Carlsbad, California. The fire, which has been fueled by dry conditions and unbelievably high temperatures, has already destroyed 30 homes.

Thus far the Poinsettia fire, which is raging through Carlsbad, has lead to over 11,500 evacuation notices. Over 150 acres were burned, and schools, libraries and businesses have been evacuated, according to the Los Angeles Times.

Around 2,800 people were without power, due to the fires, and the outages caused Legoland theme park to evacuate its rides.

The Tomahawk fired, near U.S. Marine base Camp Pendleton, was discovered around 10:00 AM PST and by 1:00 PM PST it had burned more than 150 acres, and forced the evacuation of the San Onofre nuclear power plant and an elementary school.

The Bernardo fire, which began on Tuesday in northern San Diego, had burned more than 1,550 ares, but thus far no homes have been damaged. A brush fire in Bonsall, Ca. has also forced evacuations, and another fire in Anaheim, Ca. has closed part of the 91 freeway.

A fire north of Los Angeles, in Santa Barbara, has now been 50 percent contained.