Battle of the Hendrix biopics: Two films tackle the legacy of the musical legend 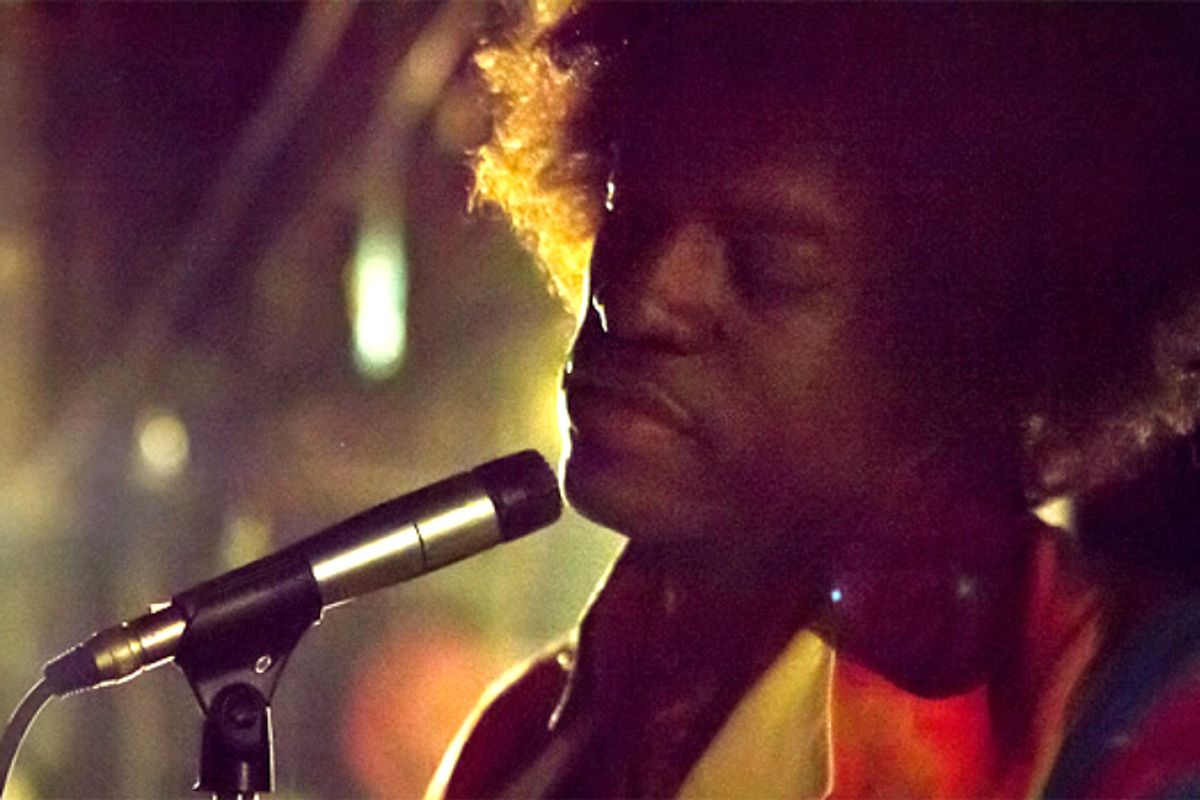 It was announced over the weekend at the Cannes Film Festival that actor Anthony Mackie will be playing Jimi Hendrix in an upcoming biopic about the acclaimed rock guitarist and iconoclast. This latest effort by writer-director Ol Parker -- who penned "The Best Exotic Marigold Hotel" -- may seem a bit too late in light of the fact that an existing Jimi Hendrix biopic premiered earlier this year in the U.S. at the South by Southwest music and film festival. Clips from "All Is By My Side," which stars Outkast rapper and musician Andre ("3000") Benjamin as Hendrix and was written and directed by Oscar-winning screenwriter John Ridley ("12 Years a Slave"), have already circulated widely on the Internet.

Though Parker's film is barely in pre-production and Ridley's is readying for release, it remains to be seen which will have a larger cultural impact due to an important issue of licensing. Unable to secure the rights to any of Hendrix's music that is currently controlled by the late ax man's estate, "All Is By My Side" does not feature a lick of his original composition. On the other hand, the major component of the Cannes announcement is not that "Captain America: A Winter Soldier" star Mackie will head up the cast or that the original "Girl With the Dragon Tattoo," Noomi Rapace, is being eyed to play Hendrix's very influential girlfriend, but that the film will have the full support and collaboration of Hendrix's estate. The upshot being that much if not all of his recognizable music will be available for use in the yet-to-be-made feature film.

This raises an interesting question of what most conveys authenticity. Benjamin, a well-regarded and idiosyncratic musician in his own right, has obviously gone through great pains to craft an earnest and credible, if not 100 percent accurate, simulation of Hendrix's diction and mannerisms. His own career and reputation lend some excitement to the notion of him playing another lauded, progressive artist. But will his portrayal, however impressive, measure up against Mackie's, that of a critically acclaimed actor bolstered by all of the powerful, original music we know and associate with Hendrix and his singular era of rock 'n'roll? And, of course, Parker and Mackie's venture is likely to be better funded and far better marketed due to the presence of nostalgia-inducing Hendrix tunes like "Foxy Lady" and "The Wind Cries Mary." Chances are that, even if Anthony Mackie's portrayal of this musical legend is as disposable as his stint as Tupac in "Notorious" and Andre 3000 turns in the performance of a lifetime, crowds will flock to the one where someone plays "Purple Haze."