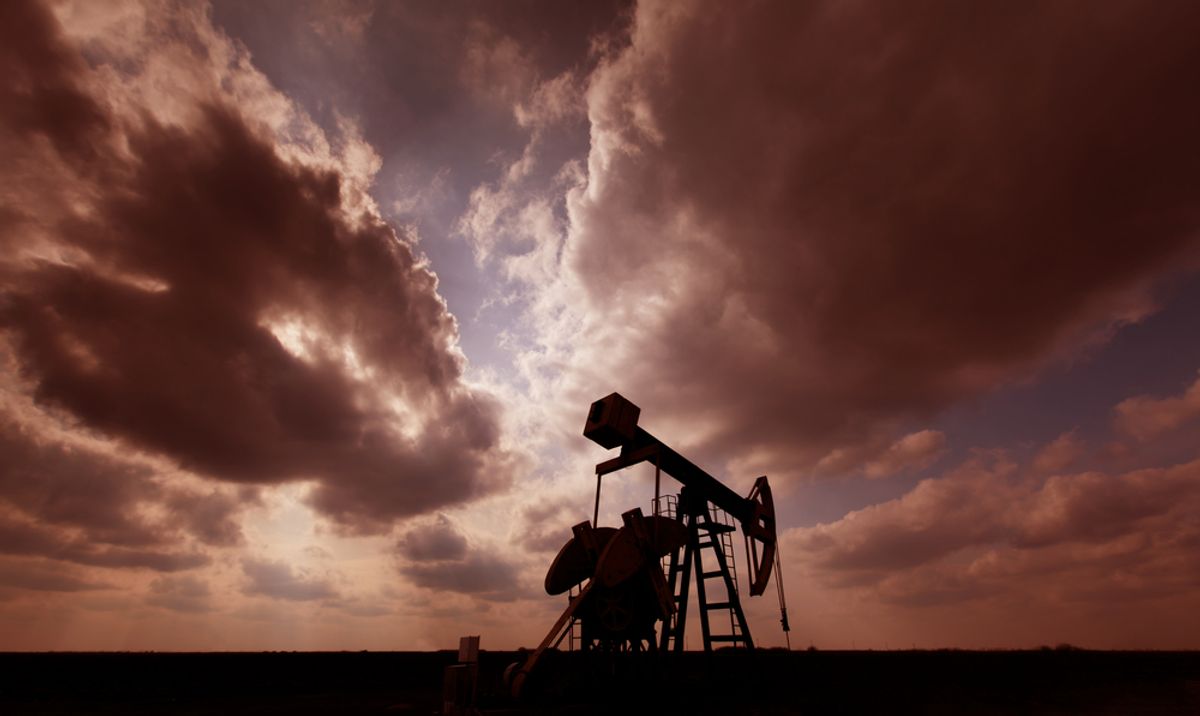 Just when we thought we were making the first steps toward transparency in fracking -- in the form of EPA indicating it might require frackers, at long last, to reveal the names of the chemicals they blast into the ground in order to extract oil and gas -- three GOP state senators in North Carolina stepped in to put a stop to all that.

The senators, who seemed to have taken a page out of the ag-gag book, last week introduced a bill that would slap any individual who disclosed information about confidential chemicals with a felony charge. Such individuals could include fire chiefs and health care providers, who might require access to the information in order to respond to emergencies. Environmental groups see the provision allowing for easy access to that information as a good thing, but worry about the bill's harsh terms for making sure those in-the-know keep it to themselves. Here's more from Mother Jones:

"The felony provision is far stricter than most states' provisions in terms of the penalty for violating trade secrets," says Hannah Wiseman, a Florida State University assistant law professor who studies fracking regulations.

The bill also allows companies that own the chemical information to require emergency responders to sign a confidentiality agreement. And it's not clear what the penalty would be for a health care worker or fire chief who spoke about their experiences with chemical accidents to colleagues.

"I think the only penalties to fire chiefs and doctors, if they talked about it at their annual conference, would be the penalties contained in the confidentiality agreement," says Wiseman. "But [the bill] is so poorly worded, I cannot confirm that if an emergency responder or fire chief discloses that confidential information, they too would not be subject to a felony." In some sections, she says, "That appears to be the case."

While 20 states have passed some sort of regulation requiring disclose of chemicals to the public, many have made like North Carolina intends to and protected the information as a "trade secret." What makes this newest effort different -- and more worrisome -- Wiseman told Mother Jones, is how far it takes the penalty. As EnergyWire reports, individuals who leak information about those potentially leaking chemicals face both fine and prison time.

Right now, North Carolina's banned fracking until lawmakers can agree on regulations. But this latest move could indicate that the Republican-controlled government isn't going to be nearly as tough on the industry as hoped.