Hitchens would be disappointed: Over half the country wouldn't vote for an atheist president

A recent poll show that Americans would rather vote for a cheater, or a pot smoker than a nonbeliever 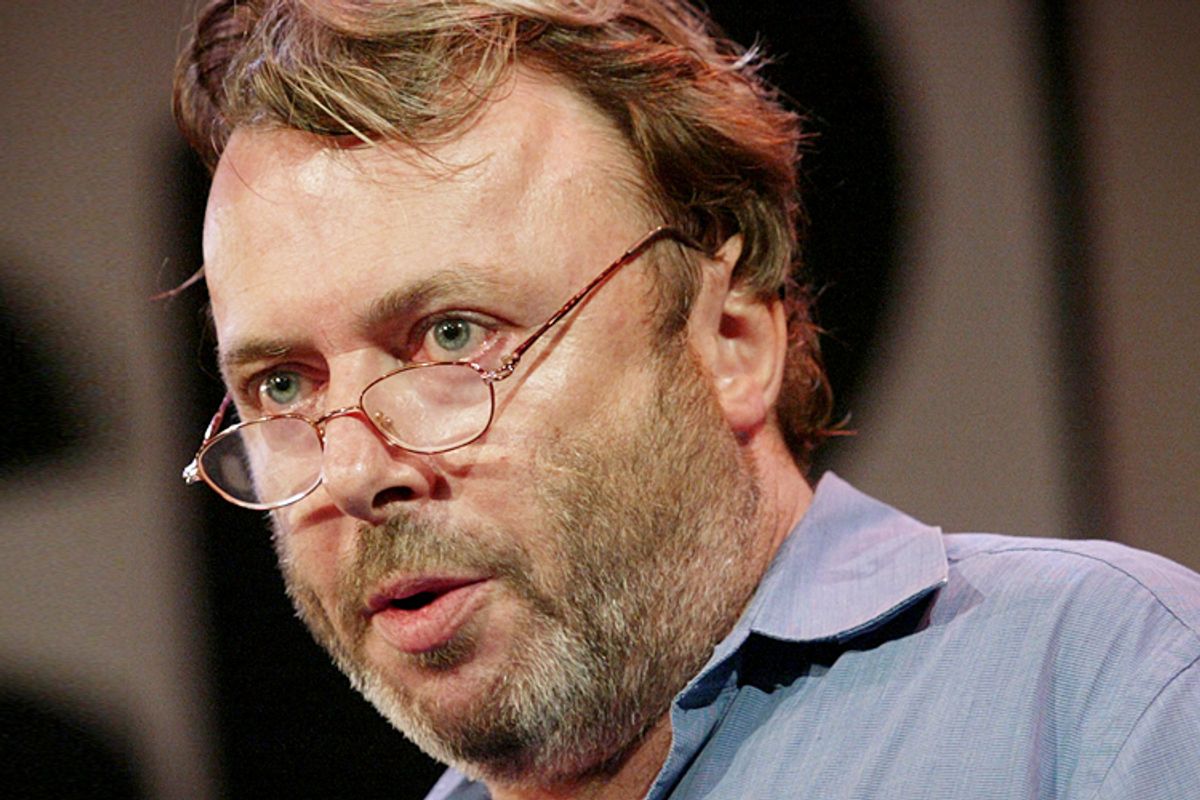 In the history of U.S. Presidents, none have been avowed atheists -- despite the fact that Presidents Jefferson, Taft, Lincoln and Obama have been questioned about their beliefs. Also as of 2013, there were no "out" atheists in the current Congress, according to Huffington Post. (Former congressman, Barney Frank has stated since leaving office that he does not believe in god, and former Representative Pete Stark, was the only out atheist in congress until 2012.)

A new poll, released yesterday by the Pew Research Center, could explain why. Voters, it turns out, would rather vote for a marital cheater, or marijuana user than an atheist -- by a long shot.

So who would voters rather vote for than a politician who doesn't believe in god? The highest three numbers in the "more likely" category went to candidates who had served in the military (43 percent), been governor of a state or been a business executive (both 33 percent).

The poll was of a national sample of 1,501 U.S. adults over the age of 18. The survey did not ask candidates why they'd prefer a religious leader. However, the numbers are surprising, given that atheism is reportedly on the rise in the United States. A 2012 poll by Pew Research stated:

The number of Americans who do not identify with any religion continues to grow at a rapid pace. One-fifth of the U.S. public – and a third of adults under 30 – are religiously unaffiliated today, the highest percentages ever in Pew Research Center polling.

In the last five years alone, the unaffiliated have increased from just over 15% to just under 20% of all U.S. adults. Their ranks now include more than 13 million self-described atheists and agnostics (nearly 6% of the U.S. public), as well as nearly 33 million people who say they have no particular religious affiliation (14%).

According to NYMag's Science of Us, a new study could explain why voters distrust those who don't believe in god. The findings of the five experiments done by University of Kentucky, Department of Psychology, professor Will M. Gervais, were published in the journal Plos One. From the paper's abstract:

"Across five experiments (N = 1,152), American participants intuitively judged a wide variety of immoral acts (e.g., serial murder, consensual incest, necrobestiality, cannibalism) as representative of atheists, but not of eleven other religious, ethnic, and cultural groups. Even atheist participants judged immoral acts as more representative of atheists than of other groups. These findings demonstrate a prevalent intuition that belief in God serves a necessary function in inhibiting immoral conduct, and may help explain persistent negative perceptions of atheists."