The Nigerian military also reports that it knows the girls' location, but won't disclose it or act to intervene 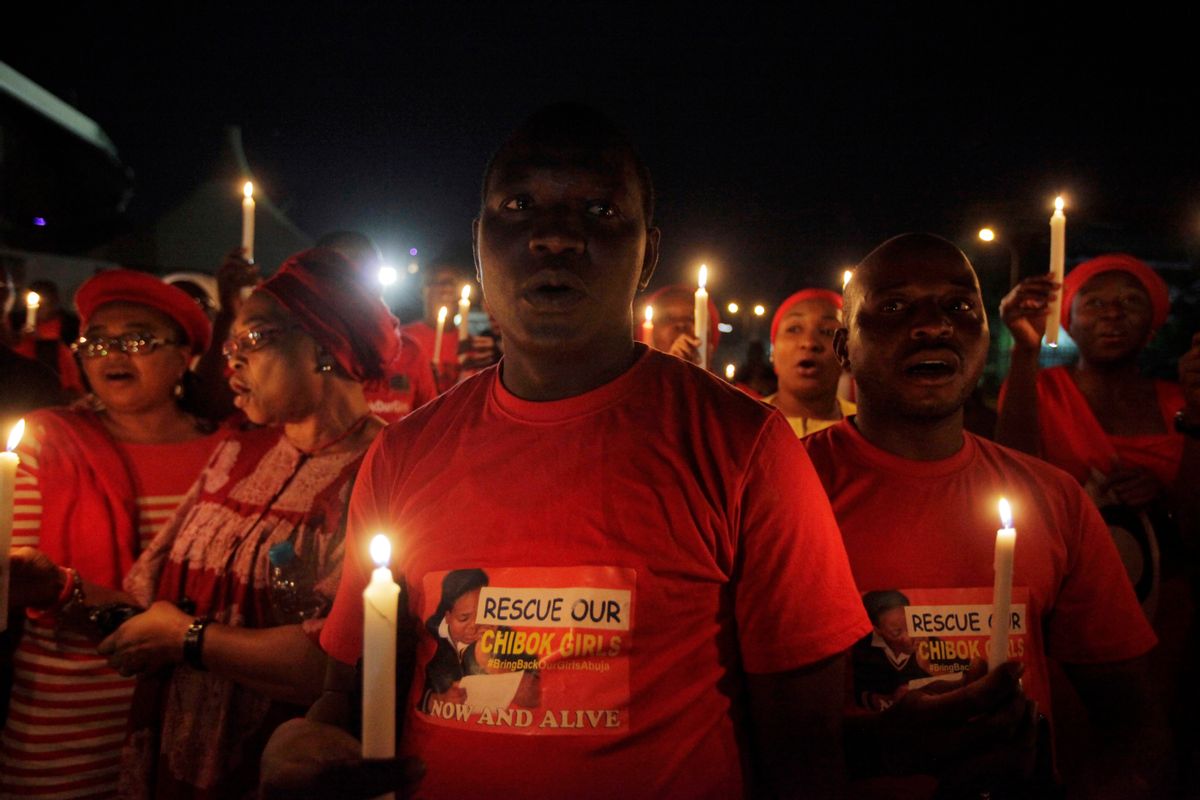 Men and Women hold candle light during a vigil to mark thirty days since the girls of Government secondary school Chibok were Kidnapped in Abuja, Nigeria, Wednesday, May 14, 2014. Nigeria's government is ruling out an exchange of more than 270 kidnapped schoolgirls for detained Islamic militants, Britain's top official for Africa said Wednesday. President Goodluck Jonathan has "made it very clear that there will be no negotiation with Boko Haram that involves a swap of abducted schoolgirls for prisoners," Mark Simmonds, British foreign office minister, told journalists in the Nigerian capital, Abuja. (AP Photo/Sunday Alamba) (Sunday Alamba)
--

Nigerian President Goodluck Jonathan is reported to have backed out of a deal that would have negotiated the release of the 276 missing school girls in exchange for Boko Haram prisoners. In addition to the news of the deal that Jonathan is alleged to have rejected, the Nigerian military says that it knows the location of the girls, but can't disclose it or act to intervene.

If military action to retrieve the girls from where they are being held is off the table, then negotiations are the last best option to bring the girls home. But according to the report from the weekend, that option now seems to be off the table as well. It is unclear how the Nigerian government intends to proceed.

It was unclear why Jonathan, who has come under intense pressure from his own constituents and the global community at large for his handling of the kidnapping, would have backed out of the prisoner swap with Boko Haram.

Nigeria's government has presented a confused stance on negotiations with Boko Haram. A government minister said all options were on the table to find and free the girls nabbed in a brazen raid on their school in the village of Chibok, but Jonathan himself later told British officials there would be no negotiations with terrorists.

In his off-the-cuff remarks to demonstrators on Monday, [Nigeria's Chief of Defense Alex] Badeh did not mention the negotiations, saying only that the girls had been located but any military operation to rescue them would put their lives in danger.

"The good news for the girls is we know where they are but we cannot tell you. We cannot come and tell you military secrets," he said.