Researchers: A trillion tiny pieces of plastic could be released back into the ocean by melting Arctic ice

Our pollution may be coming back to haunt us 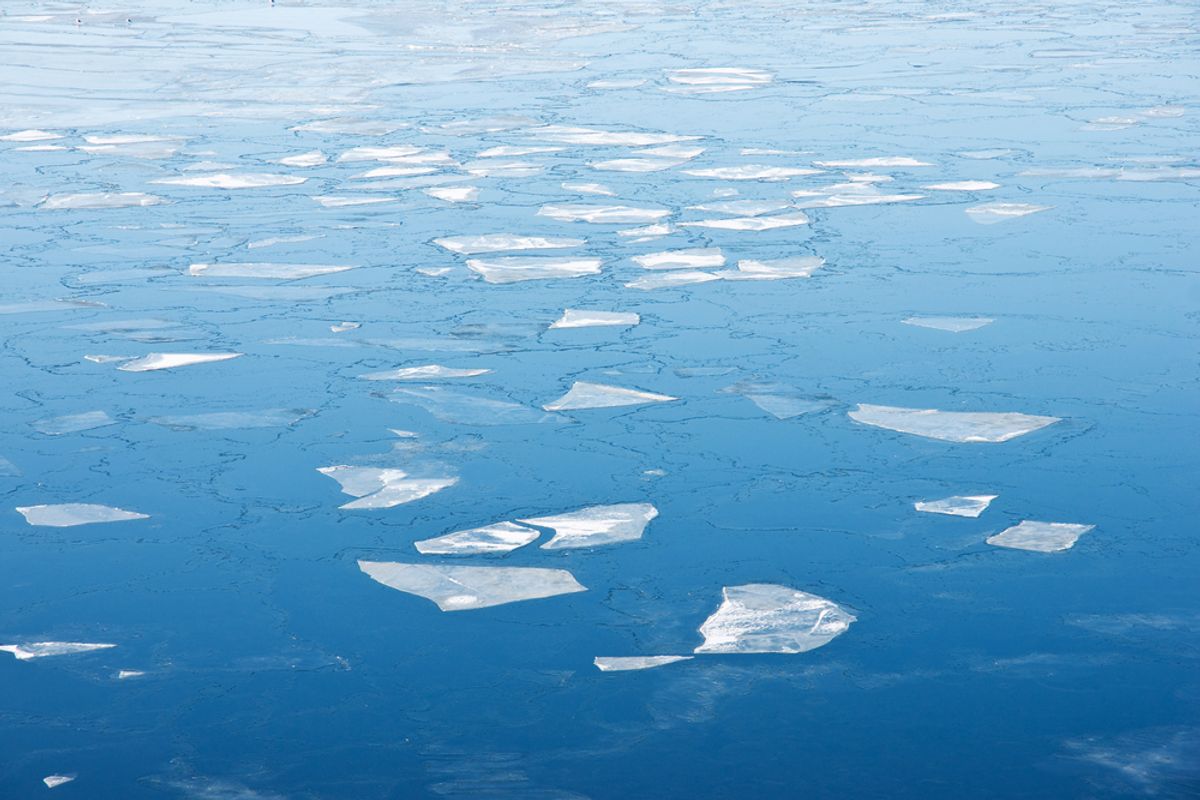 As our polar ice caps melt away as a consequence of climate change, the first thing we'll have to worry about is the dramatic sea level rise that could plunge coastal cities underwater.

A second concern, according to Dartmouth researchers, could be the trillion tiny pieces of plastic that found their way into the ocean and ended up trapped in Arctic ice. Newly freed by the rapid melting, over the next decade those ghosts of our industrial plastic production could come back to haunt us.

In their study, published in the journal Earth's Future, the researchers explain that the microplastics come from the "microbeads" found in cosmetics that get washed down the drain, fibers in synthetic fabrics that are released by laundry machines and, most significantly, the breakdown of larger synthetic materials. In examining samples of Arctic ice, they discovered those particles in much higher concentrations than previously thought (1 trillion, by the way, is a conservative estimate).

This actually solves a big mystery: as Science magazine explains, the world has produced a lot of plastic -- nearly 300 million tons in 2012 alone. Plastic, of course, doesn't biodegrade, so once we bring it into the world, it's here to stay. But ecologists, until now, haven't been able to figure out where most of it has disappeared to. According to the researchers, sea ice appears to have been acting as an important "sink" for the pollution.

Once the microplastics are released back into the world, it's unclear what the environmental consequences will be. Meanwhile, the researchers can't say for sure whether as much pollution might be found in the Antarctic ice sheet -- but given that it's just entered a period of unstoppable melt, it's probably important that we find out.