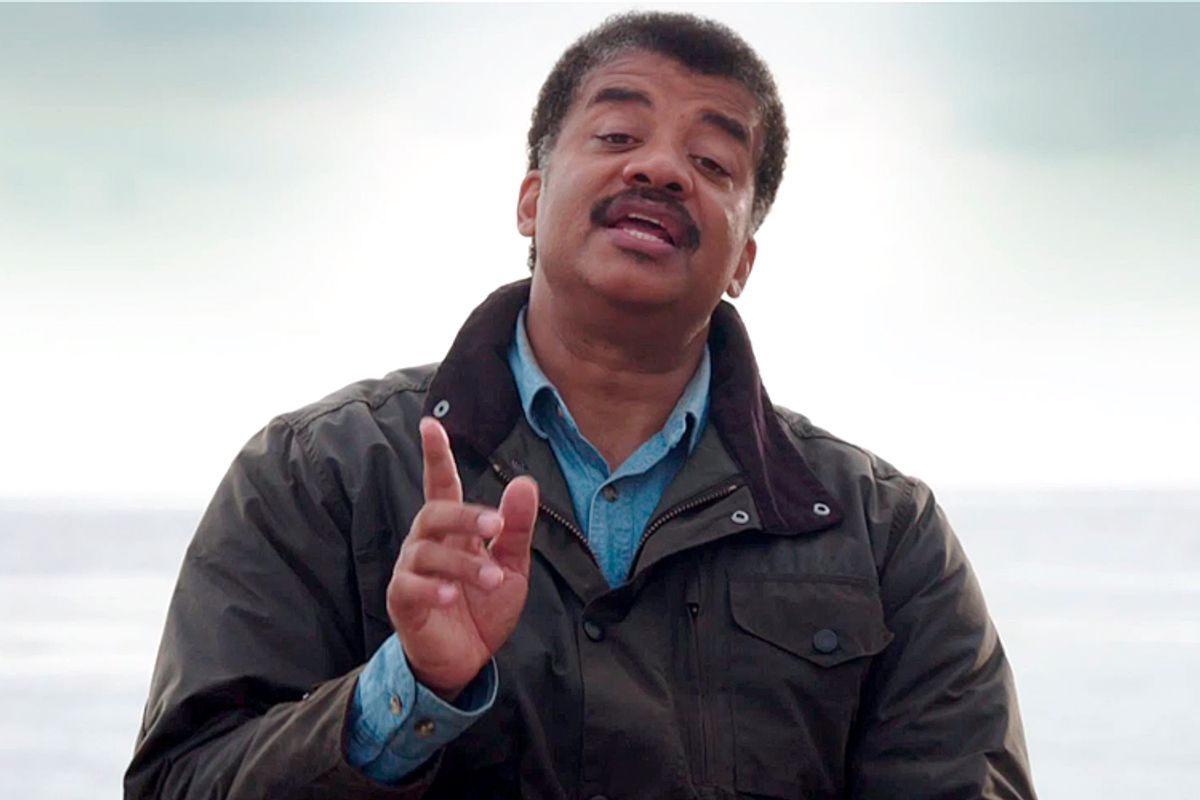 Here it is: the truly ultimate guide to shutting down climate trolls, brought to us by the new champion of all things science.

In the upcoming episode of "Cosmos," host Neil deGrasse Tyson is taking on climate deniers directly -- and National Geographic just released the first clip. If these two minutes are any indication of what the rest of the episode (airing Sunday) is going to be like, we can expect a simple, elegant takedown of their most tired and misinformed arguments.

"OK, so if we scientists are so good at making these dire, long-term predictions about the climate, how come we're so lousy about predicting the weather?" Tyson begins by asking, in imitation of those skeptical of climate change. And if the planet is really heating up, he adds, why did some places experience a really cold winter this year?

Tyson then goes on to answer his own question, using the unique image of a man walking on the beach while his leashed dog wanders alongside him: "We can't observe climate directly," he explains. "All we see is the weather. The average weather over the course of years reveals a pattern. I represent that long-term trend, which is climate. Keep your eye on the man, not the dog.”

“Weather is hard to predict, like my friend here,” Tyson continues (his friend being the dog). “But climate is predictable. Climate has changed many times over the long history of the Earth -- but always in response to a global force." Can you guess where this is going?

Yep: "The strongest force driving climate change right now is the increase in CO2 and the burning of fossil fuels, which is trapping more heat from the sun. All that additional energy has to go somewhere. Some of it warms the air. Most of it ends up in the oceans. All over the world, the oceans are getting warmer.”