And by God, he means Morgan Freeman 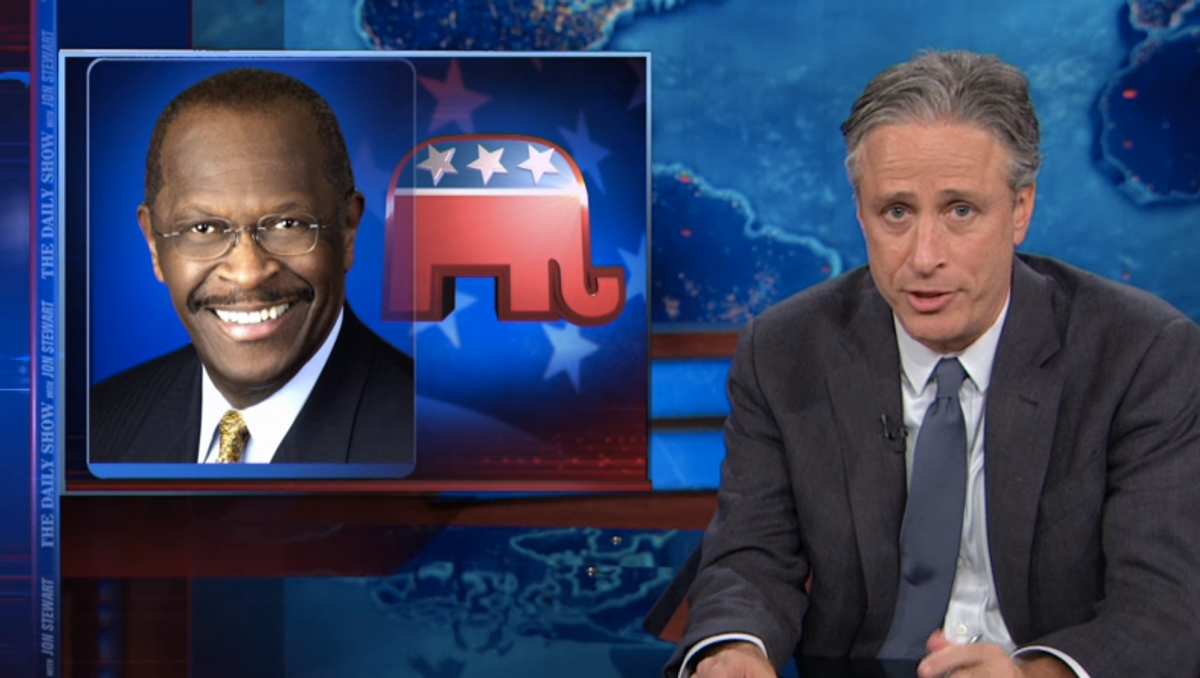 "It is imperative that this man run for president," declared Jon Stewart on Tuesday night, throwing his full support behind GOP laughingstock and terrible idea for potential presidential candidate Herman Cain. But Stewart's mock endorsement is not enough to convince Cain, who will only run in 2016 if God wills it to be so.

Stewart, determined, prayed to God: "Are you there God? Hello, it's me, Jon Stewart...I gotta have this. Amen."

Realizing he's "just a lapsed Jew on basic cable," Stewart then enlisted the voice of Morgan Freeman -- also the voice of God.

Maybe this will get Cain to run (though, honestly, let's hope it doesn't):