Weirdos, dopes and break-ins: What's going on with the Mississippi Tea Party? 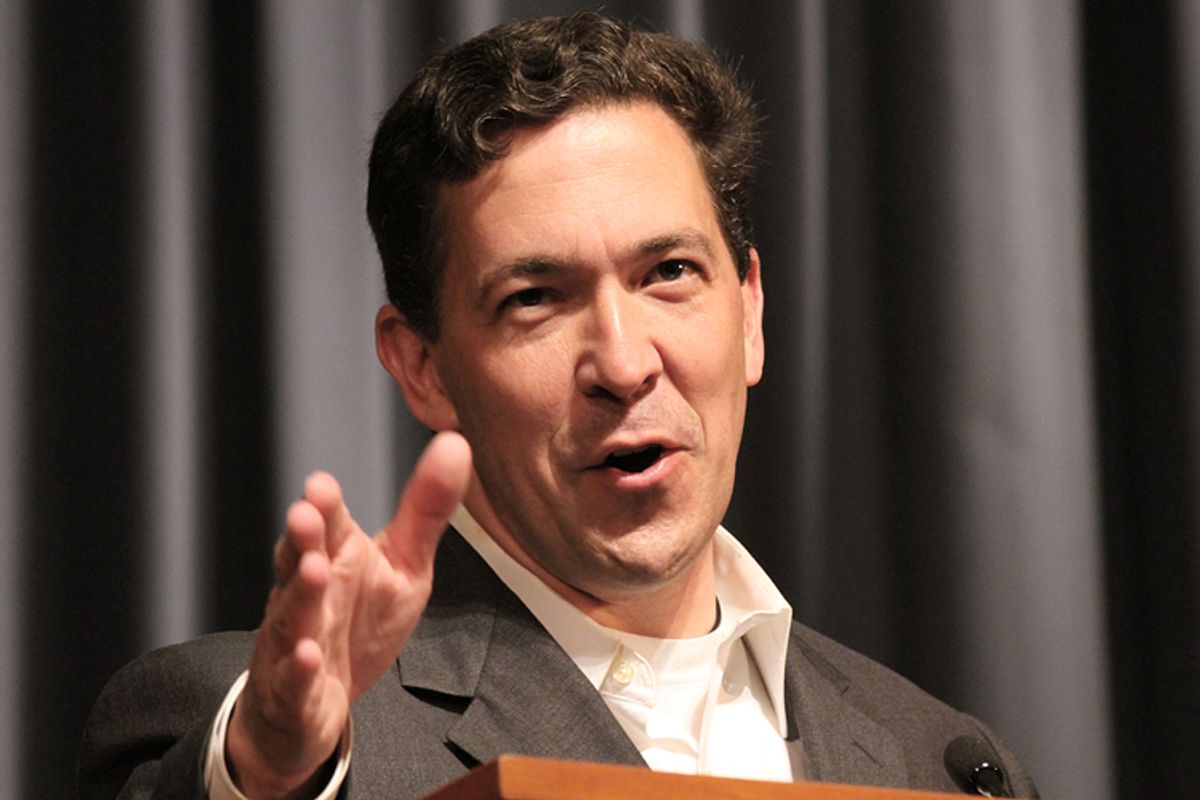 In deciding how far they're willing to go to support Sen. Thad Cochran's bid in the Mississippi Senate runoff, pro-Cochran groups like the NRSC and the Chamber of Commerce are looking at how vulnerable challenger Chris McDaniel would be in a general election. And what would make McDaniel vulnerable in a race against former Democratic Rep. Travis Childers? All the I would refuse pork-barrel dollars for Mississippi! grandstanding from the McDaniel camp doesn't help. Expect the Tea Party warrior to soften that rhetoric in comical, obvious fashion should he reach the general election. And yeah, he does some "wacky" stuff, like speak to groups of neo-Confederates. But who doesn't in Mississippi? And so far, he hasn't gone full-Akin/Mourdock and offered what we'd call strongly contrarian opinions about rape.

But there is something about the McDaniel effort that should worry all Republicans who seek control over the United States Senate: the fact that his prominent Tea Party supporters appear to have a serious streak of idiocy when it comes to being in the wrong place at the wrong time.

The primary campaign was rattled in its final weeks when a pro-McDaniel Tea Party blogger, "Constitutional" Clayton Kelly, was arrested for sneaking into the nursing home where Rose Cochran, the senator's wife, has been living for over a decade. To shoot footage for a Web video. How's that for strategic genius? We've got a hot one here! Later, several other Mississippi Tea Party supporters and officials were arrested for "conspiring" with Kelly on this deft plot to upend the Thad Machine. Instead, their move, and the scandal surrounding it, probably cost McDaniel the majority he needed to win the primary outright.

Nevertheless, McDaniel did survive the episode, and his chances for beating Cochran in a runoff appear strong. As we mused earlier, "If Cochran wasn’t able to bury McDaniel when a legitimate scandal was fresh in voters’ minds, how’s he going to fare as that episode recedes from the public spotlight?"

It turns out that Cochran may fare OK, because a brand-new, potentially legitimate scandal of equal idiocy may lodge itself freshly in voters' minds. Take it away, Clarion-Ledger:

The Hinds County Sheriff's Department is investigating why three people, including a high-ranking Chris McDaniel campaign official, were found locked in the Hinds County Courthouse in Jackson hours after an election official says the building was closed early Wednesday morning.

Hinds County Sheriff's Department spokesman Othor Cain said investigators are trying to figure out how Janis Lane, Scott Brewster and Rob Chambers entered the courthouse. They were inside until about 3:45 a.m., Cain said.

"There are conflicting stories from the three of them, which began to raise the red flag, and we're trying to get to the bottom of it," Cain said. "No official charges have been filed at this point, but we don't know where the investigation will lead us."

At the very least, we're dealing with a McDaniel staff member who was stupid enough to get himself locked inside a building filled with election material for several hours after everyone else had left. Maybe "optics" is an overrated political metric. But this is poor optics.

Usually you wait for three similar events to declare something a trend, but in a closely watched Senate race where there's little margin for error, we're going to call it at two: there's a trend among McDaniel and Tea Party allies to be caught in public being stupid. And we have another five months left until the general election. Who knows what sort of old-timey corrupt high jinks the McDaniel camp could get involved in over that seemingly endless amount of time? Looting Thad Cochran's underpants drawer? Putting Travis Childers' hand in a bucket of hot water while he's sleeping?

Maybe it really is necessary for the GOP to go all-in for Thad.