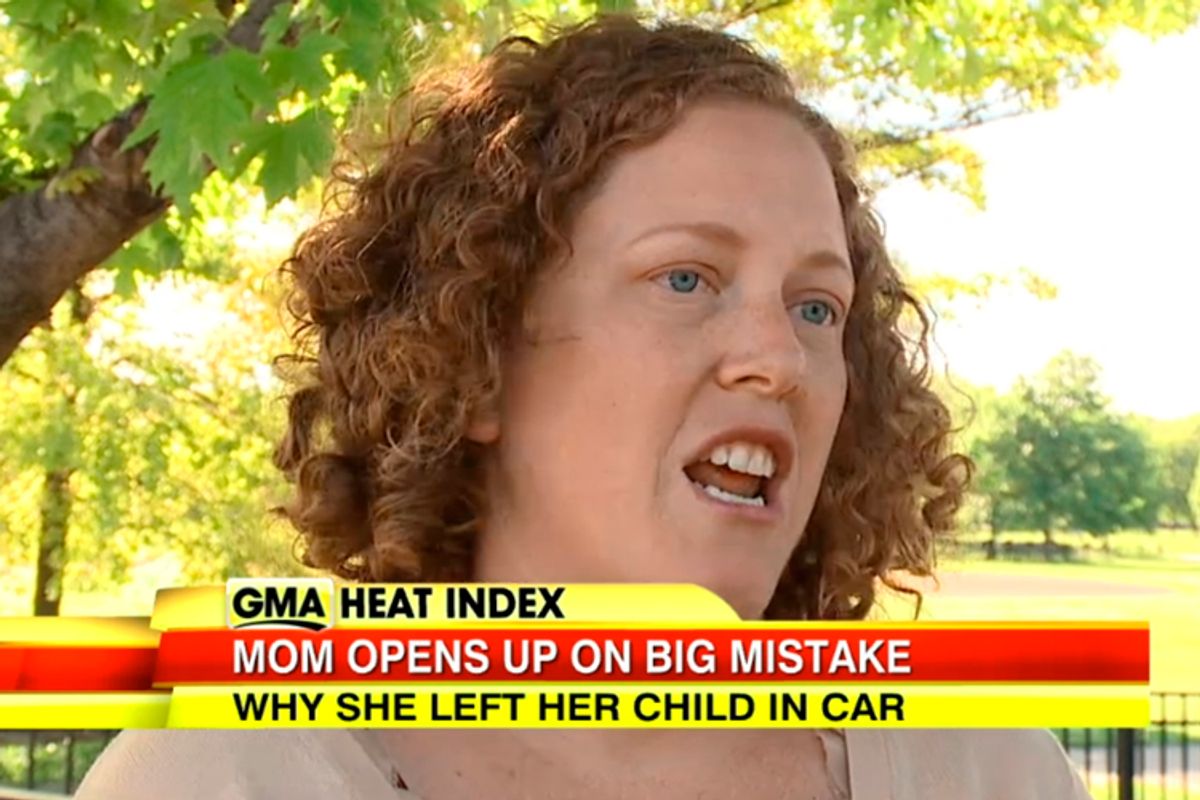 Kim Brooks, the writer and mother who wrote on Salon about how an innocuous split-second decision changed her life forever, on Friday took her gripping story to "Good Morning America," continuing the conversation she started about good parenting, technology and child welfare laws.

As she recalls in her essay, it was a cool day, and Brooks, in a rush, left her 4-year-old son strapped in the backseat of her car during a five-minute stop -- something many good parents have done without incident. But someone noticed that her son was alone, videotaped him, and turned the evidence over to the police. Brooks, slapped with a misdemeanor charge for contributing to delinquency of a minor, struggled to understand how quickly her life unraveled and why, as her son became terrified that Mommy would one day be taken by the police. Stuck in a murky area between the letter of the law and the intent of the law, Brooks turned to support from her peers but found mixed responses.

On "GMA," anchors discussed Brooks' experience and whether the system is unfair to the millions of parents who've done the same thing Brooks did, without getting caught. "I really feel for this woman, because we've all made mistakes, but they're not caught on tape," said childhood teen development specialist Dr. Robyn Silverman. "We can debate whether or not we are too overprotective, we can debate whether or not we were left in the car when little and we were fine, but the truth of the matter is that it's the law-- we can't leave our child in the car if they are under six years old."