Spoilers ahead! The events in last night's "Veep" should transform the show -- but they won't 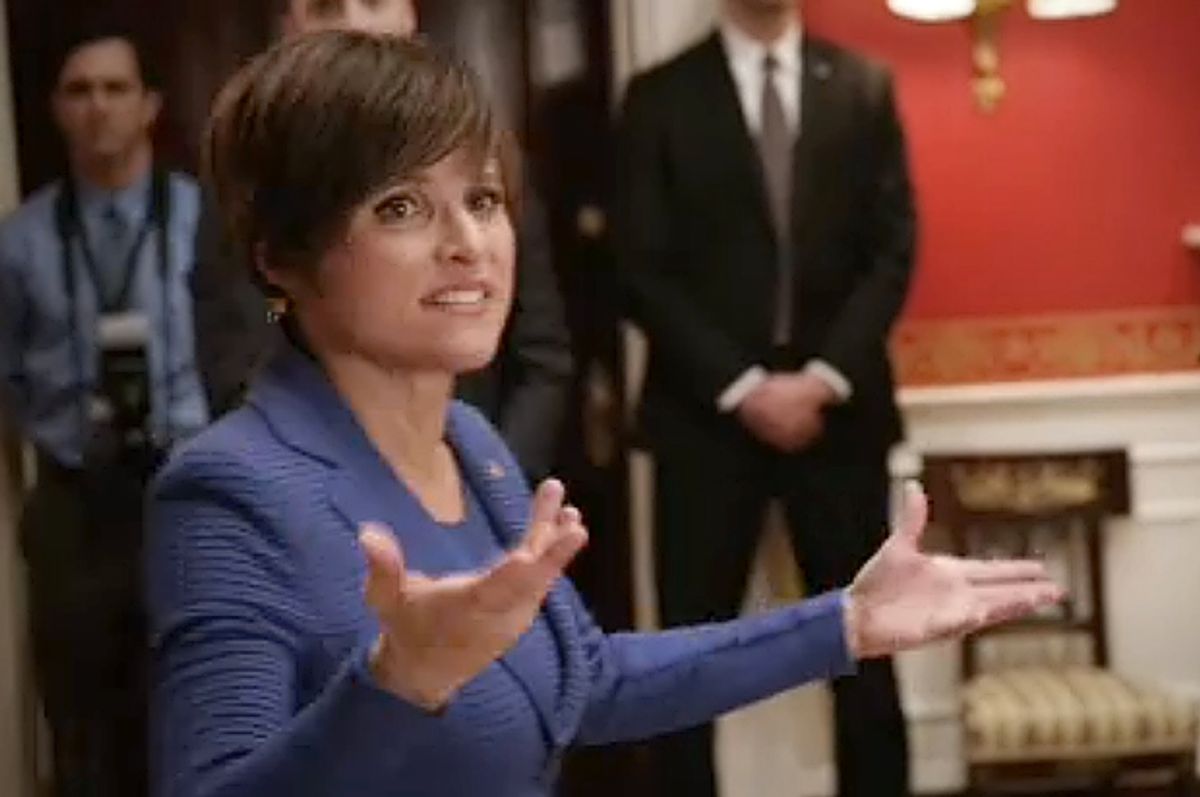 Well, so much for that.

"Veep" is no longer about a U.S. vice-president: In last night's two-part season finale, Selina Meyer became the president. The show got there in the only semi-tasteful way it could, with the incumbent president resigning, rather than dying. And so it was that Meyer's despair over the collapse of her campaign for president early on gave way to unbridled, practically unhinged joy.

Meyer shouldn't have been so excited. Her ascendancy changes nothing about the format of "Veep" or her political prospects. Amidst all of the excitement onscreen about the first female president, Meyer's still, wonderfully, the same person she's always been. Less wonderfully, the show's insistence on keeping its situational comedy as static as possible means that Selina could become the chief justice of the Supreme Court or quit politics to live on an ashram and she'd still be dealing with Jonah Ryan.

The transition, here, is necessarily rushed -- that accounts for her bringing along her entire team. Less realistic is the notion that Jonah, the show's worst character and one who'd previously been effectively drummed out of politics, could possess any qualities that Meyer's team could possibly want.

The way inept floaters can just keep on surviving, in the world of "Veep," has long felt real. In a perfect universe, someone as terrible at his job as Mike McClintock wouldn't perpetually escape the axe, let alone end up White House press secretary. But in our first minutes with Meyer as president, she's surrounded by all the same faces. The stakes are higher -- Meyer's set off at least one international incident already -- but the format is the same.

The jury is out on whether or not this will be good for "Veep." Historically, increased power for Meyer has made the show more interesting -- her expanded role in foreign policy, in season two, led to some of the show's best episodes. But though the show has always been a farce, the possibility of a plausibility problem is real. Television thrives on the kind of narrative evolution that simply doesn't happen that often in politics -- that's why, amidst the same Jack Bauer hijinks on each season of "24", there were so many different presidents, or why even though Leslie Knope hangs out with all the same people on "Parks and Recreation," she keeps getting new jobs. Those shows are, respectively, a spy thriller and a sitcom whose willingness to ignore the way the world actually works is either its selling point or its greatest fault.

"Veep" can go one of two ways in its upcoming fourth season -- it can stay in a holding pattern whereby the story remains the same but for the title of the office, or it can introduce new characters and challenges for Meyer. The show has, historically, done a good job with the latter, but the fact that Meyer is still engaged in a presidential run is ominous. But it looks as though the show is sticking with what has worked well in the past. On other fronts, though, it should be a little bolder -- give us a Cabinet comprised of new weirdos, throw in a Supreme Court vacancy, fire Jonah for good! After all, constituent services are nice, but true leaders aren't afraid to give voters what they don't even know they want.