"You are reading human words": The case for typos in the age of spellcheck

Scoff all you want, schoolmarms, but these harmless flubs give us a unique appreciation for the form of language 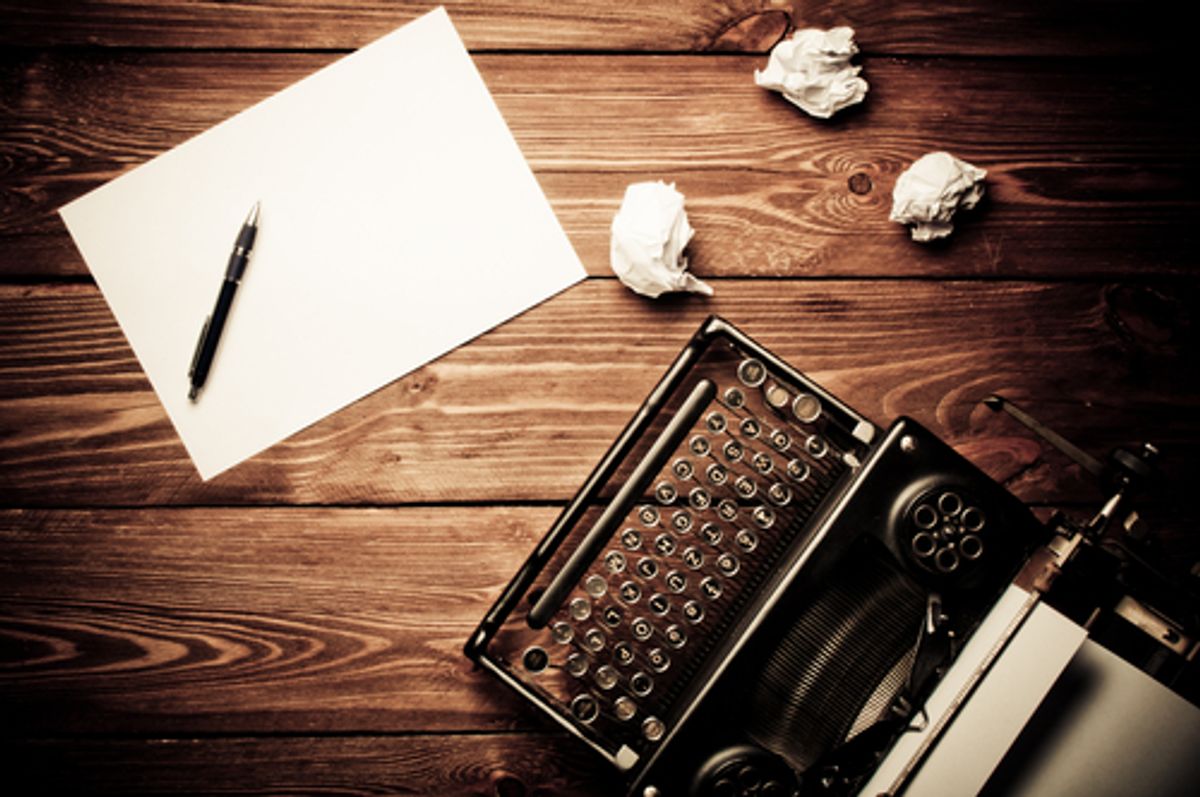 Much of the exasperation my teacher-friends express confuses me. “How can an essay have so many spelling errors in the spellcheck era?” grumbles one. “If I see one more its/it’s mistake I’m going to scream” tweets another. I sense real ire from these people, or at least intense distaste. The typos and misused words offend them. And this phenomenon isn’t relegated to teachers; I often find this sort of disdain on message boards, comment sections, or any part of the internet where language goes unchecked and unedited.

I don’t understand these reactions at all. First, what is the source of this irritation? Do these typos or errors make it more difficult to read, understand, or evaluate writing, either professionally or personally? I always know if “there” is supposed to be a possessive or a contraction—it never tricks me! Then again I’m a pretty good reader; I can look at words and suddenly I’ve read them, without saying them or anything. But I also assume that these grammar sticklers are good readers too.

Perhaps a contempt for the authors’ ignorance or carelessness? This seems more likely, but wouldn’t this acknowledgement of superiority bring a kind of joy? If you are using your education to enforce class boundaries though grammar, then appreciate the chance to do so! That Ivy League school tuaght you to catch errors like these!

More importantly, though: do most people not appreciate the beauty of the word-error? It lets us take a tiny break from the onslaught of discourse and appreciate the form of language! Each mistake is a tiny narrative: what caused the mistake: greasy fingers, too-loud Ke$ha, a phonetic misunderstanding? These errors bring the body, with all its flaws, back to language. I can’t be sure, but I’m pretty sure that French (post)structuralist Roland Barthes would appreciate a good typo. For example:

The pleasure of the text: like Bacon’s simulator, it can say: never apologize, never explain. It never denies anything: “I shall look away, that will henceforth be my sole negation.”

So begins his brilliant and confounding essay “The Pleasure of the Text,” which describes my attitude towards textual errors at every turn. Later he describes the “text of bliss,” which seems to refer to typos and their kin: “the text that imposes a state of loss, the text that discomforts (perhaps to the point of a certain boredom), unsettles the reader’s historical, cultural, psychological assumptions, the consistency of his tastes, values, memories, brings to a crisis his relation with language.” To borrow another Barthes phrase, this “rustle of language” caused by unintentional mistakes slows us down a step, and forces us to consider, and even enjoy, the human element that lies behind the words we read. Let me outline a few of the different kinds of language errors and elaborate their various pleasures.

This is the simplest textual mistake you can make. It presumably reveals no misunderstanding or ignorance on the part of the author. A simple slip of the finger creates an error in the text, but rarely clouds intelligibility whatsoever. But what flavor they can add to even the most mundane chats or texts! I long for the days before standardized spelling. “Teh” is a favorite of mine because it elicits such a strange, stupefying sound; it is the onomatopoeia for the typo. “Htat” and “htis” are also pleasant on the eye and ear, and doublle (or especially triple) lettters force the gaze to linger and appreciate the construction of words. Simple typos like this rarely bring moments of sublimity, but they do act as charming stumbling blocks that remind you that you are reading human words.

It seems to me that most people’s spoken vocabulary outnumbers their written vocabulary. The reverse can be true; for most of my school years I was afraid to mention faux pas or alma mater in conversation. But the (mis)transcription of speech to writing can serve as a joyful reminder of the shiftiness of language.

Some of these errors reflect an improper pronunciation into improper spelling: supposebly and expecially are favorites of mine. Does a student’s handwritten note that claims to have “expecially enjoyed” your class not drip with pathos? I could ask for nothing more evocative of the combination of empathy and despair that teaching rhetoric evokes.

Other examples consist of the author using a similar-sounding word (sometimes, but not always, a homonym) instead of the proper word. A remarkable number of these slips are Freudian: venerated becomes venereal; penal becomes penile. Once again, the body reasserts itself: how feudally we try to avoid our baseness with abstract nouns and latinate suffixes! Often these mistakes are mysteries to me; does the student who writes of “ejaculating refugees” actually say “evacuate” that way, or was it simply a typo? Or some dark, poetic metaphor?

These mistakes seem to inspire the most contempt in readers. So many OKCupid profiles forbid anyone “who doesn’t know the difference between its and it’s” from messaging. I can only assume that these banal criteria serve as one easily enforced method of determining the class and education level of a potential mate. I wonder how effectively most readers judge someone “sounding smart” through pronoun choice, though; a recent OKC study showed that men are more likely to receive responses if they use the word “whom,” whether they use it correctly or not. This news isn’t particularly depressing for me, but it shows what using proper pronouns/contractions/whatever is good for: a display of class/education/power that makes one more attractive (to a certain kind of person). I’m all for empowerment, and that is how I teach grammar to my students: a familiarity with non-communicative grammatical nuance has no value in itself, but it could be essential for a job or OKCupid message, so you probably want to learn it.

HOWEVER, I see the misuse of its/it’s and there/their/they’re as an act of rebellion, and I regularly include these tiny revolts into my everyday discourse. The increased usage of written (typed) communication by the uneducated, the young, and the disenfranchised is leading to a quick-moving destandardization of English (I’ll get into txtspk some other day). Do you really want to be a part of the old guard, enforcing prejudice against those who don’t know or don’t care about your rules of grammar or typography? Do you value a pristine text more than the people who create it? Or, to put it another way, there are to kinds of people in the world: those that see language as a test, and those who see language as a game. Ones alot more fun.